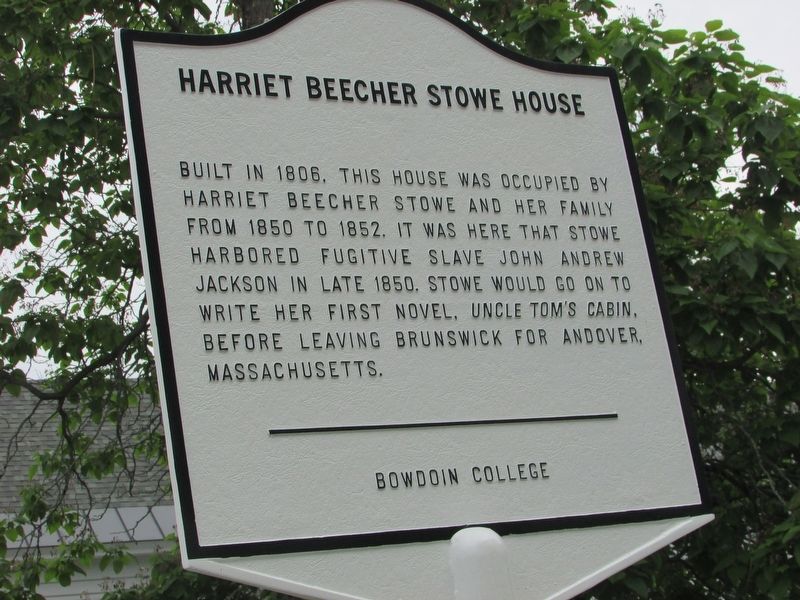 Built in 1806, this house was occupied by Harriet Beecher Stowe and her family from 1850 to 1852. It was here that Stowe harbored fugitive slave John Andrew Jackson in late 1850. Stowe would go on to write her first novel, Uncle Tom’s Cabin, before leaving Brunswick for Andover Massachusetts. 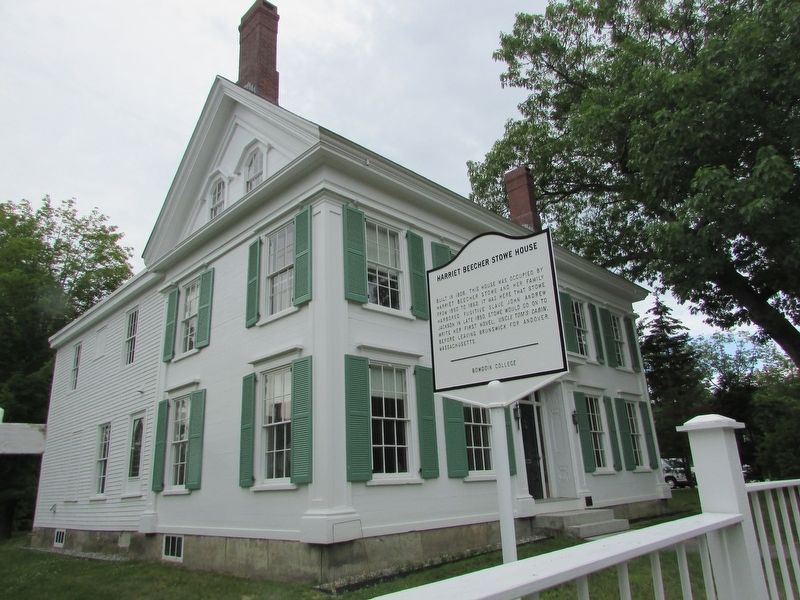 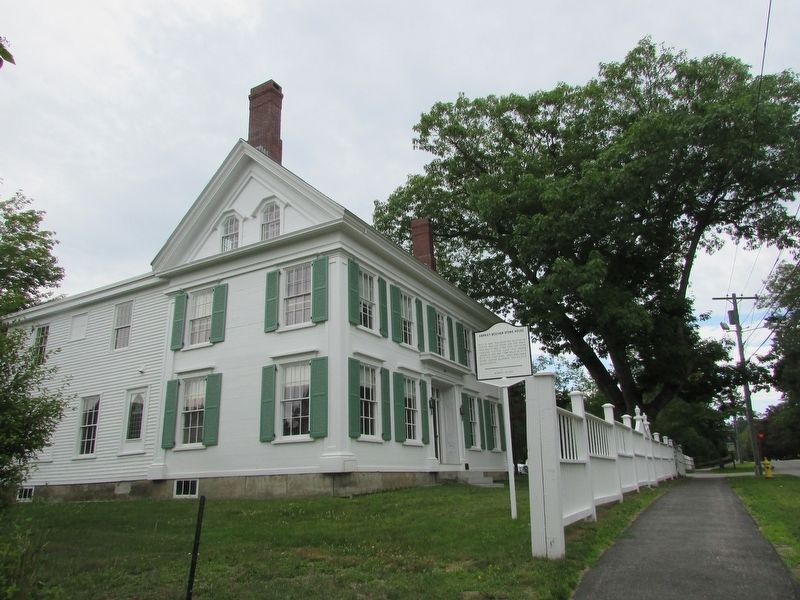 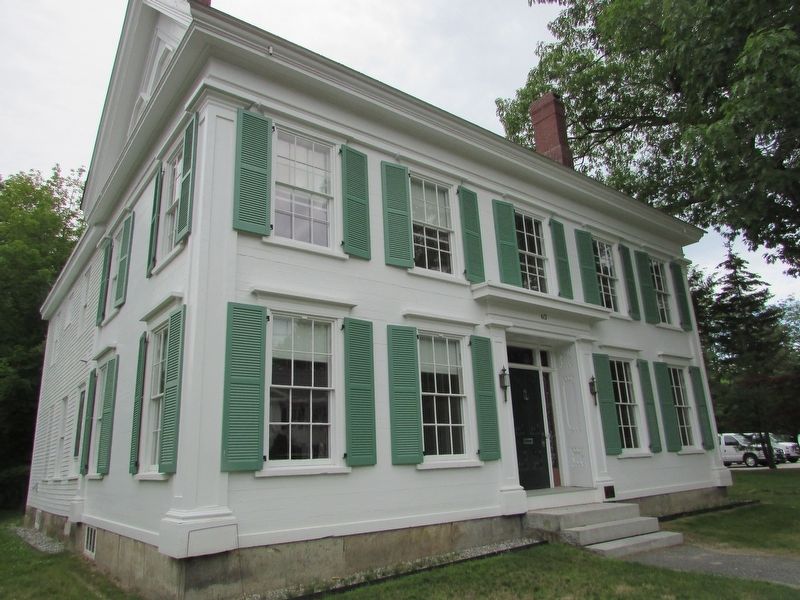 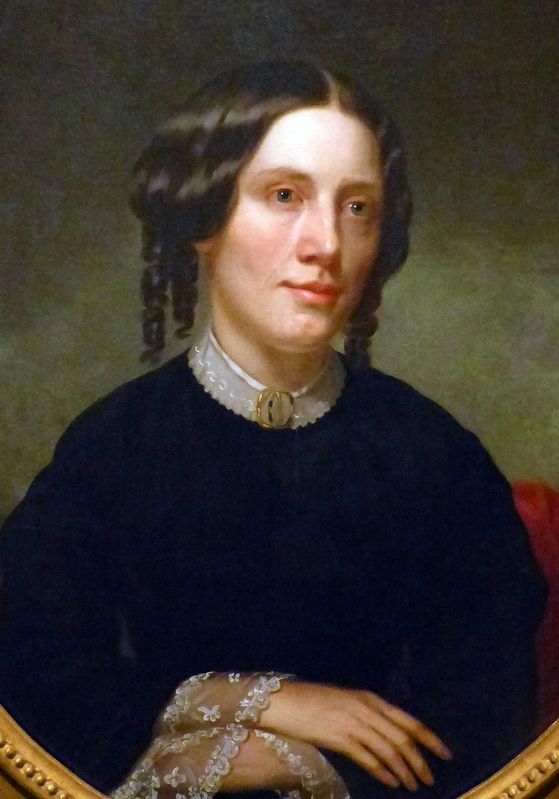 “Excluded from public professions, cultivated women sought other avenues for their talents. From discussing the issues of the day in informal salon gatherings, it was a short step for women to become writers, especially since the antebellum period saw a burgeoning number of magazines catering to women. So Harriet Beecher Stowe started a career that made her one of the most popular novelists of the nineteenth century. Stowe's place in American history was sealed with her novel Uncle Tom's Cabin (1851-52), which sold 300,000 copies in its first year. Uncle Tom's Cabin was a reform novel; Stowe was motivated to write it by the Fugitive Slave Law and the effect that slavery had in destroying the African American family. No more effective charge could be made in a nation that, both North and South, revered the family as the foundation of society.” -- National Portrait Gallery 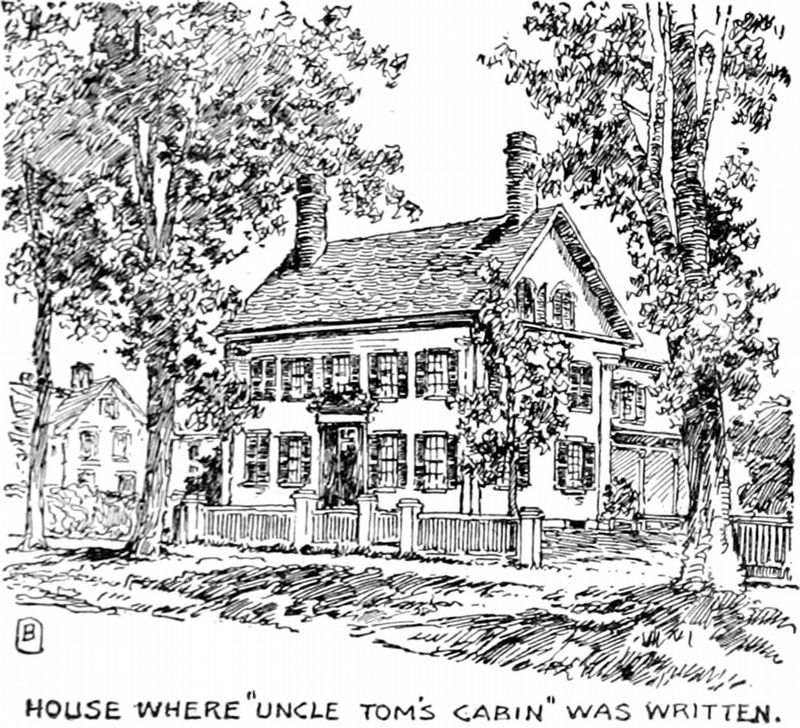