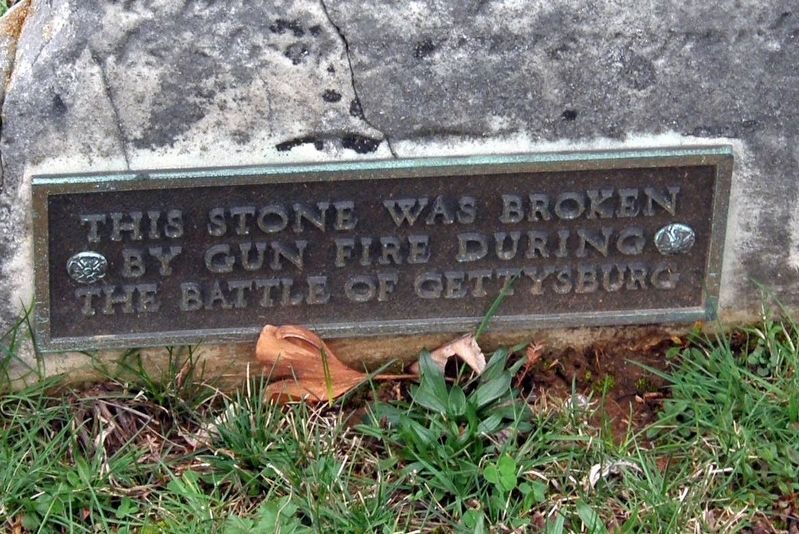 By Larry Gertner, April 12, 2011
1. Marker
Inscription.
...broken by gunfire.... . . This stone was broken . by gun fire during . the Battle of Gettysburg . This historical marker is in Gettysburg in Adams County Pennsylvania

Location. 39° 49.217′ N, 77° 13.8′ W. Marker is in Gettysburg, Pennsylvania, in Adams County. Marker can be reached from Baltimore Street north of Slocum Avenue, on the left when traveling north. Located in Evergreen Cemetery. Touch for map. Marker is at or near this postal address: 799 Baltimore St, Gettysburg PA 17325, United States of America. Touch for directions.

More about this marker. The plaque is on the headstone of Esias Jesse Culp in Evergreen Cemetery, one of several damaged by shellfire. Esias' two sons, William and Jesse, fought for the Union and Confederacy, respectively. Jesse died during the battle, possibly on Culp's Hill, owned by his cousin Henry. 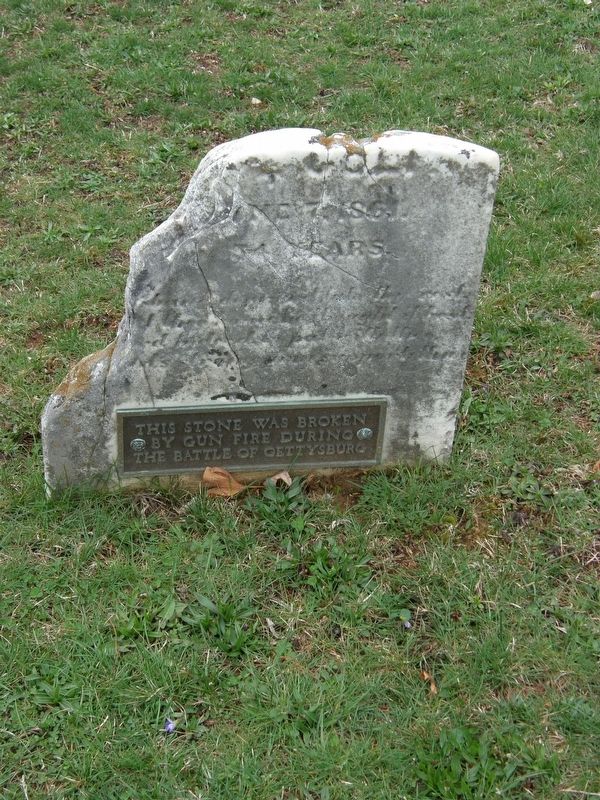 By Larry Gertner, April 12, 2014
2. The Esias Jesse Culp headstone
Click here for a list of markers that are related to this marker.