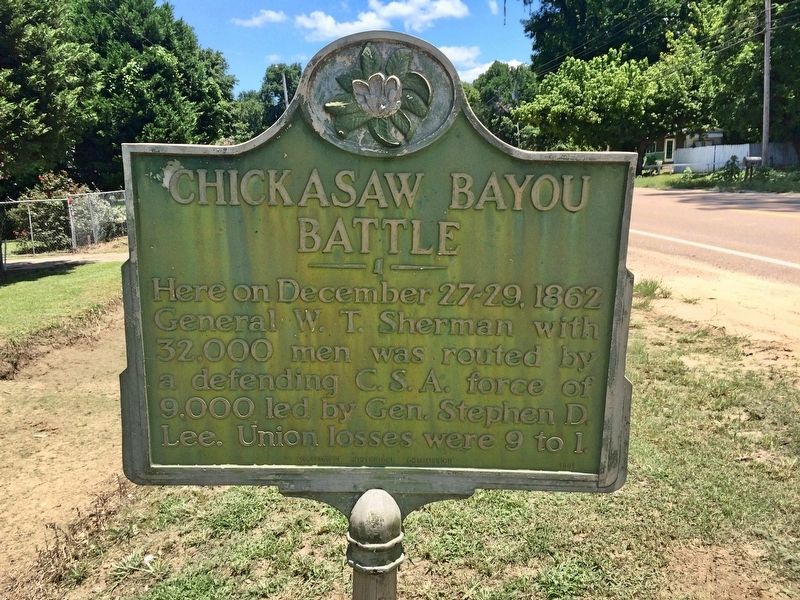 By Mark Hilton, June 27, 2017
1. Chickasaw Bayou Battle Marker
Inscription.
Chickasaw Bayou Battle. . Here on December 27-29, 1862 General W.T. Sherman with 32,000 men was routed by a defending C.S.A. force of 9,000 led by Gen. Stephen D. Lee. Union losses were 9 to 1. . This historical marker was erected in 1961 by the Mississippi Historical Commission.. It is in Vicksburg in Warren County Mississippi

Erected 1961 by the Mississippi Historical Commission.

Topics and series. This historical marker is listed in this topic list: War, US Civil. In addition, it is included in the Mississippi State Historical Marker Program series list. A significant historical date for this entry is December 27, 1862. 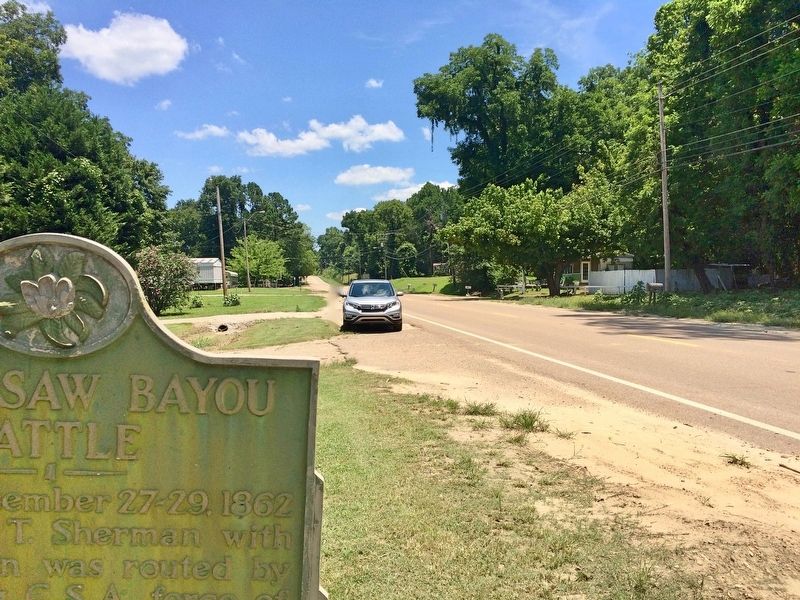 Regarding Chickasaw Bayou Battle. The Chickasaw Bayou battlefield and associated points of interest are spread out over an area of about 25 square miles to the north and northwest of the Vicksburg National Military Park.
It is also called the Battle of Walnut Hills. Only this old marker provides any indication of the battle.

On December 26, 1862, three Union divisions, under Major General William T. Sherman, disembarked at Johnson's Plantation on the Yazoo River to approach the Vicksburg defenses from the northeast while a fourth landed farther upstream on the 27th. On the 27th, the Federals pushed their lines forward through the swamps toward Walnut Hills, which was strongly defended. On the 28th, several futile attempts were made to get around these defenses. On December 29, Sherman ordered a frontal assault which was repulsed with heavy casualties. Sherman then withdrew. This Confederate victory frustrated 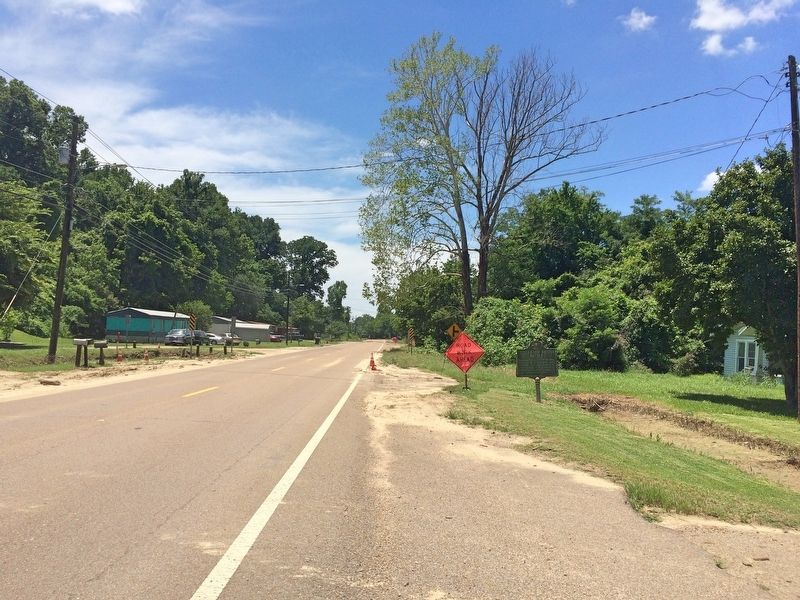 Also see . . .  Wikipedia article on the Battle of Chickasaw Bayou. (Submitted on July 12, 2017, by Mark Hilton of Montgomery, Alabama.) 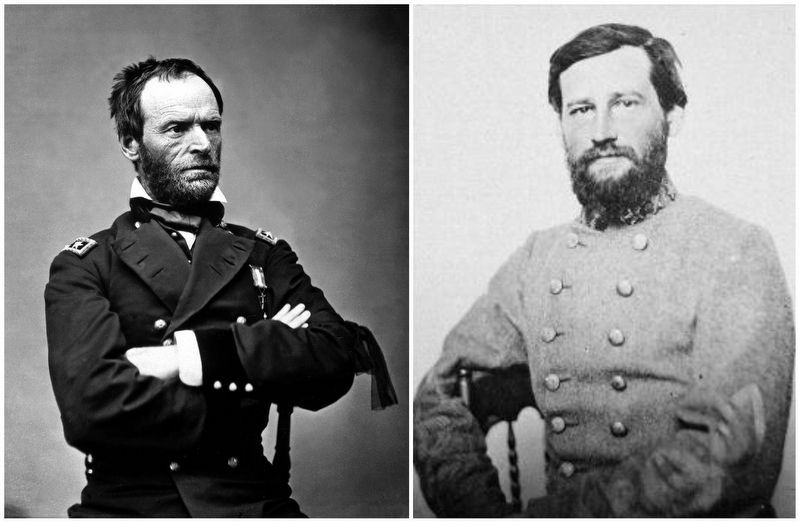 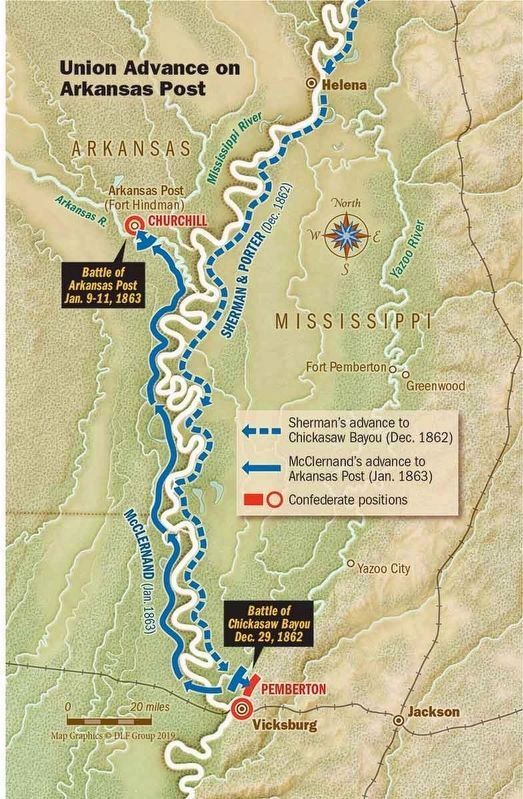