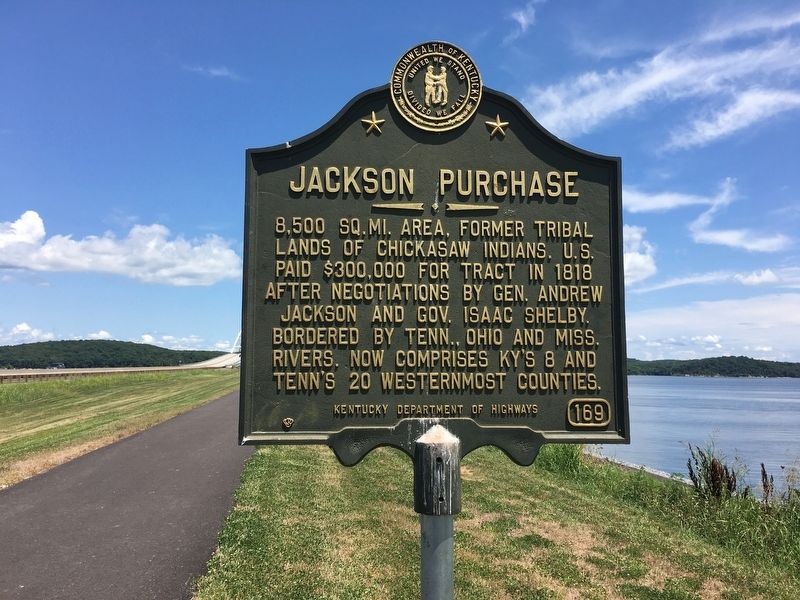 Topics and series. This historical marker is listed in these topic lists: Environment • Native Americans. In addition, it is included in the Former U.S. Presidents: #07 Andrew Jackson series list.

Location. 36° 46.253′ N, 88° 7.805′ W. Marker is in Hardin, Kentucky, in Marshall County. Marker is on U.S. 68, on the right when traveling east. Marker is located on walkway that is adjacent to US 68 near the entrance of KenLake State Park on western causeway over the Tennessee River/Kentucky Lake. Touch for map. Marker is in this post office area: Hardin KY 42048, United States of America. Touch for directions.

Other nearby markers. At least 8 other markers are within 10 miles of this marker, measured as the crow flies. Cherokee State Park (approx. half a mile away); Civil War Sniper 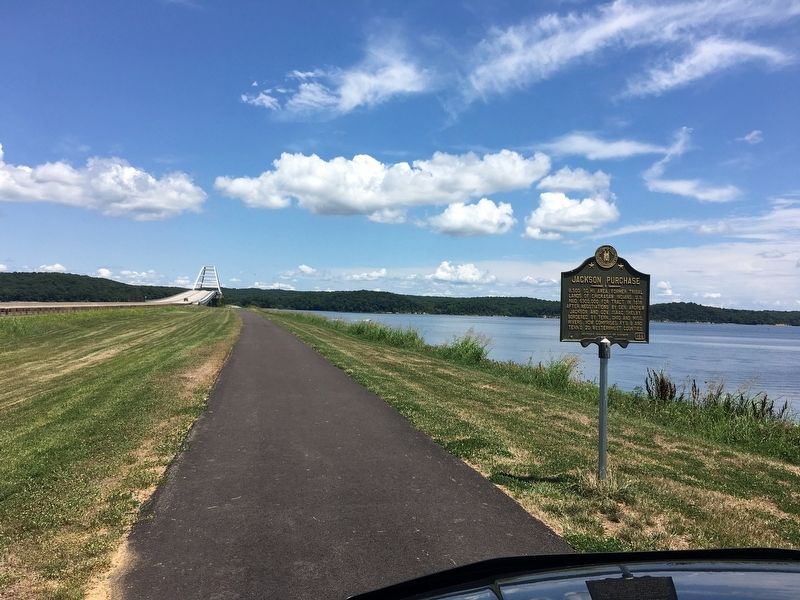