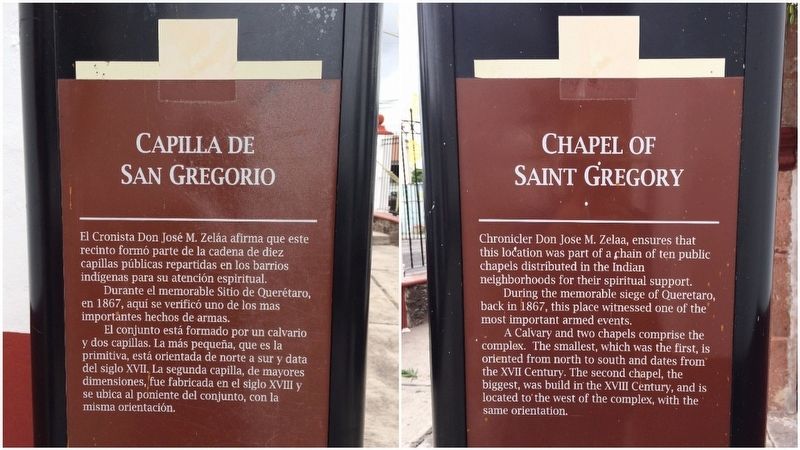 Photographed By J. Makali Bruton
1. Chapel of Saint Gregory Marker
The bilingual marker is two-sided.
Inscription.
English: , Chapel of Saint Gregory , Chronicler Don Jose M. Zelaa, ensures that this location was part of a chain of ten public chapels distributed in the Indian neighborhoods for their spiritual support., During the memorable siege of Queretaro, back in 1867, this place witnessed one of the most important armed events. , A Calvary and two chapels comprise the complex. The smallest, which was the first, is oriented from north to south and dates from the XVII Century. The second chapel, the biggest, was build (sic) in the XVIII Century, and is located to the west of the complex, with the same orientation. . This historical marker is in Santiago de Querétaro in Querétaro Mexico