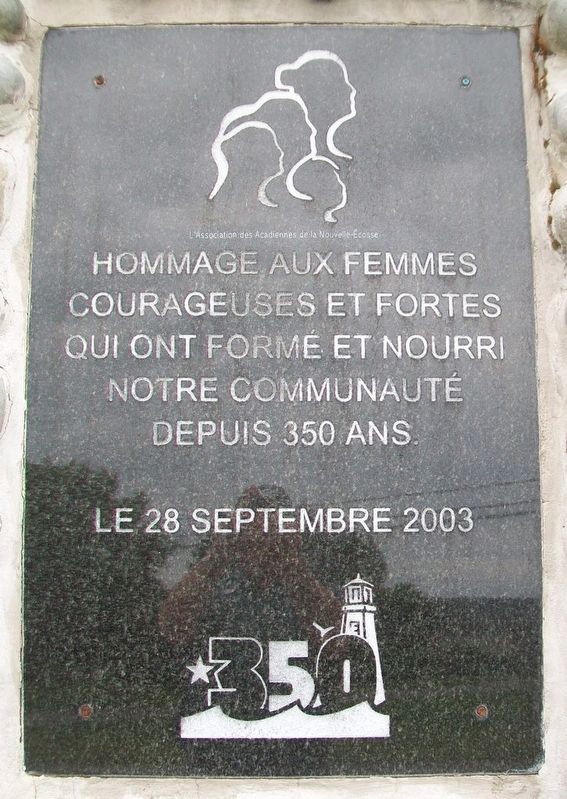 By William Fischer, Jr., July 24, 2017
1. 350th Anniversary Tribute to Acadian Women Marker
Inscription.
Tribute to the courageous and strong women who have trained and nurtured our community for 350 years

The 28th of September 2003. . This historical marker was erected in 2003 by L'Association des Acadiennes de la Nouvelle-Écosse. It is in West Pubnico in Yarmouth County Nova Scotia

Other nearby markers. At least 8 other markers are within 5 kilometers of this marker, measured as the crow flies. 200th Anniversary Commemoration of the "Grand Deportation" (here, next to this marker); Mémorial des guerres mondiales / World Wars Memorial 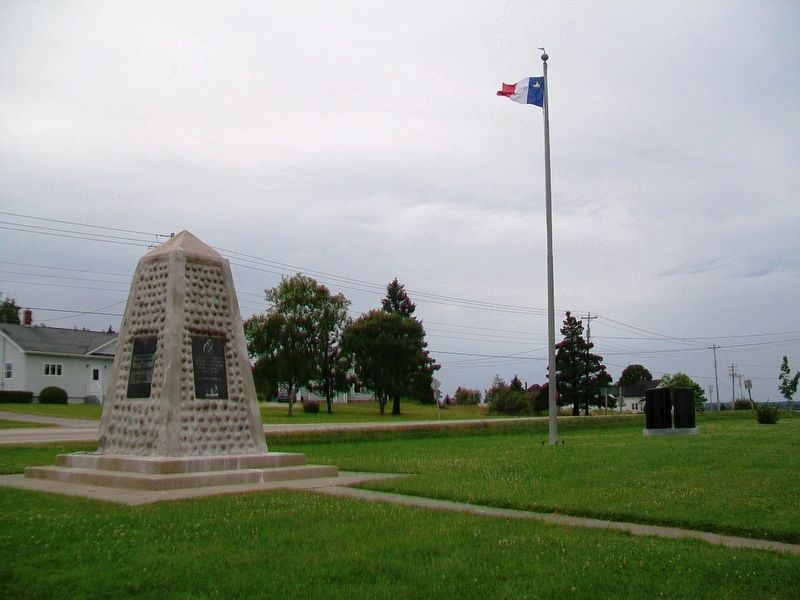 Regarding 350th Anniversary Tribute to Acadian Women. While providing limited historical information, it complements the other community markers on the monument.