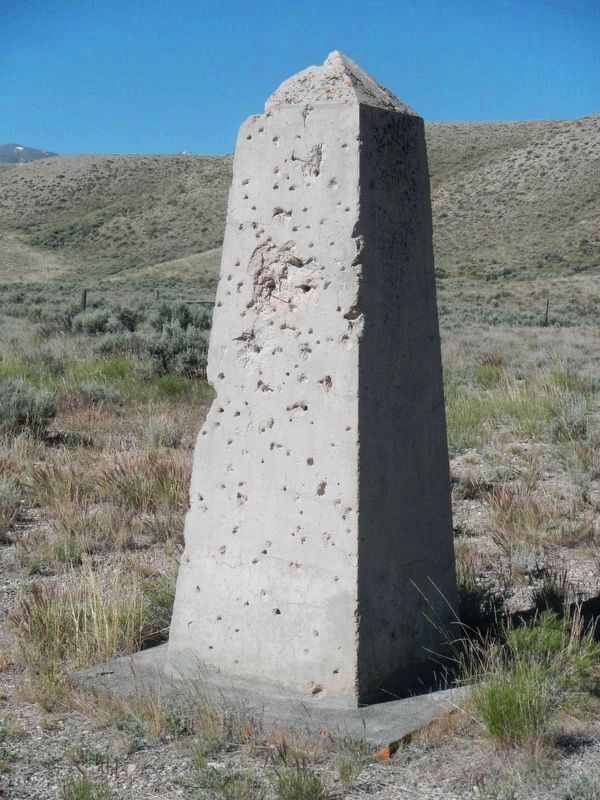 Erected by Sheehan's and Dubois Lions.

Topics and series. This historical marker is listed in these topic lists: Cemeteries & Burial Sites • Wars, US Indian. In addition, it is included in the The Nez Perce Trail series list. A significant historical date for this entry is August 15, 1877.

Other nearby markers. At least 2 other markers are within 2 miles of this marker, measured as the crow flies. Lower Birch Creek Valley (approx. 1.2 miles away); Prehistoric Man (approx. 1½ miles away).

Regarding Massacred by Nez Perce. This marker/monument is located across Birch Creek from the Birch Creek Campground.

This marker/monument has had a troubled past; it has been destroyed, replaced, 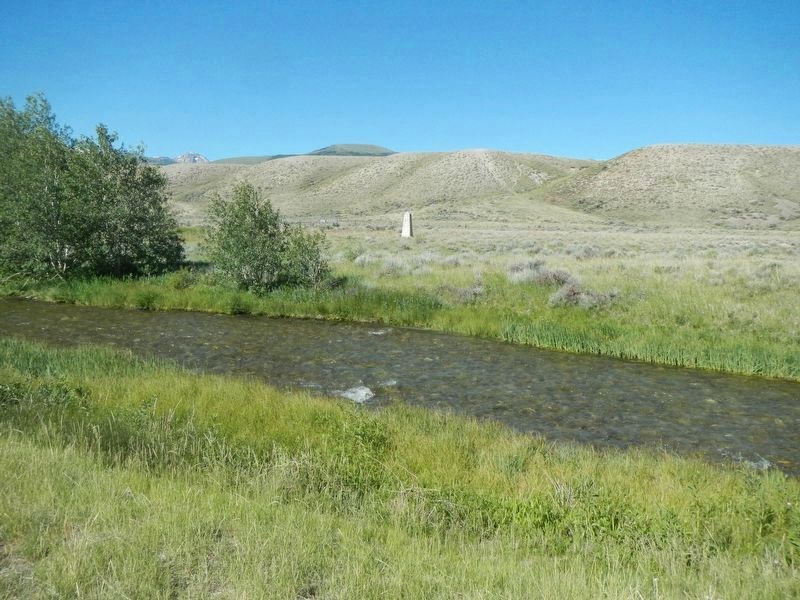 Photographed By Barry Swackhamer, June 24, 2017
2. Massacred by Nez Perce Marker/Monument
To access the monument, one must ford Birch Creek.

Click or scan to see
this page online
destroyed again, replaced again and destroyed again. It has been judged to have been not PC in its earlier editions. This editor has not been able to find the text on the latest monument, the quoted text is from the second marker.

Also see . . .  Birch Creek Valley - Geocaching. The Nez Perce War began in the early summer of 1877; The Nez Perce Indians began a long, tortuous journey... In the Birch Creek Valley, on August 15, an advance Indian scouting party came across a freighting wagon outfit driven by Jim Hayden, Al Green and Dan Coombs, along with two unnamed passengers, two Chinese, and another man named Albert Lyon. During the evening, the Indians massacred the three wagon drivers as well as the two passengers. (Submitted on October 30, 2017, by Barry Swackhamer of Brentwood, California.) 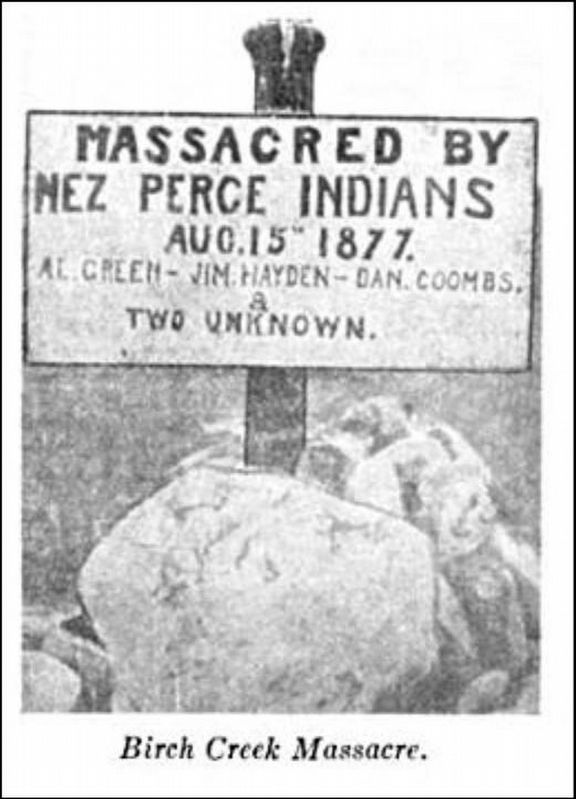 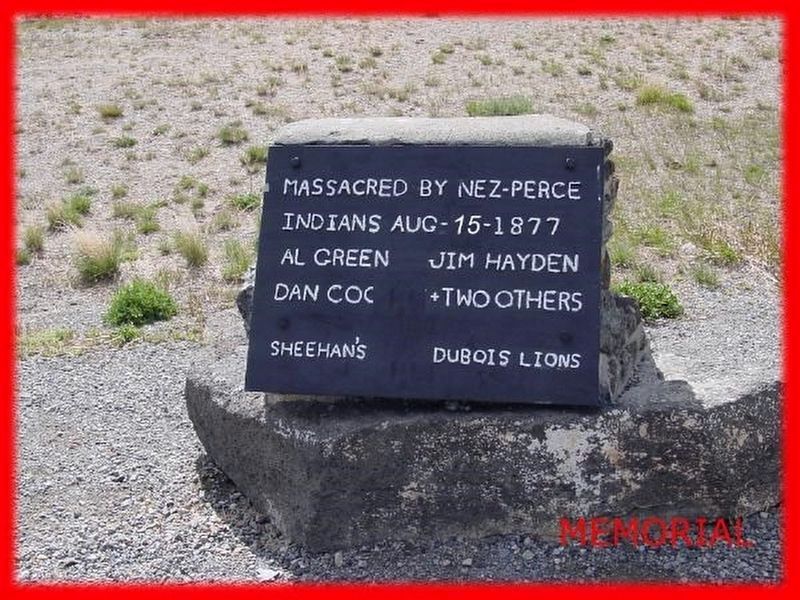