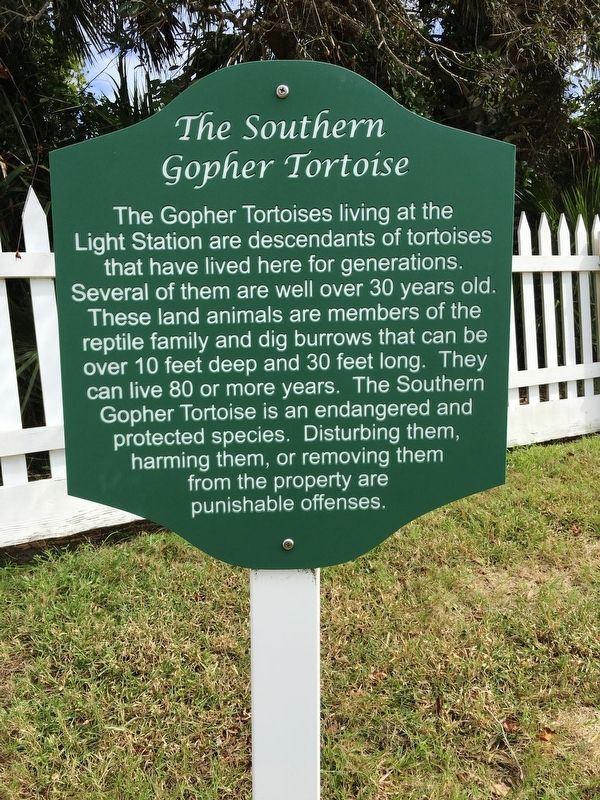 The Gopher Tortoises living at the Light Station are descendants of tortoises that have lived here for generations. Several of them are well over 30 years old. These land animals are members of the: reptile family, and dig burrows that can be over 10 feet deep and 30 feet long. They can live 80 or more years. The Southern Gopher Tortoise is an endangered and protected species. Disturbing them, harming them, or removing them from the property are punishable offenses.

Topics and series. This historical marker is listed in these topic lists: Animals • Communications • Environment • Waterways & Vessels. In addition, it is included in the Lighthouses series list.

Location. 29° 4.838′ N, 80° 55.639′ W. Marker is in Ponce Inlet, Florida, in Volusia County. Marker can be reached from South Peninsula Drive 0.2 miles south of Ocean Way Drive, on the left when traveling south. The marker is on the grounds of the Ponce de Leon Inlet Lighthouse 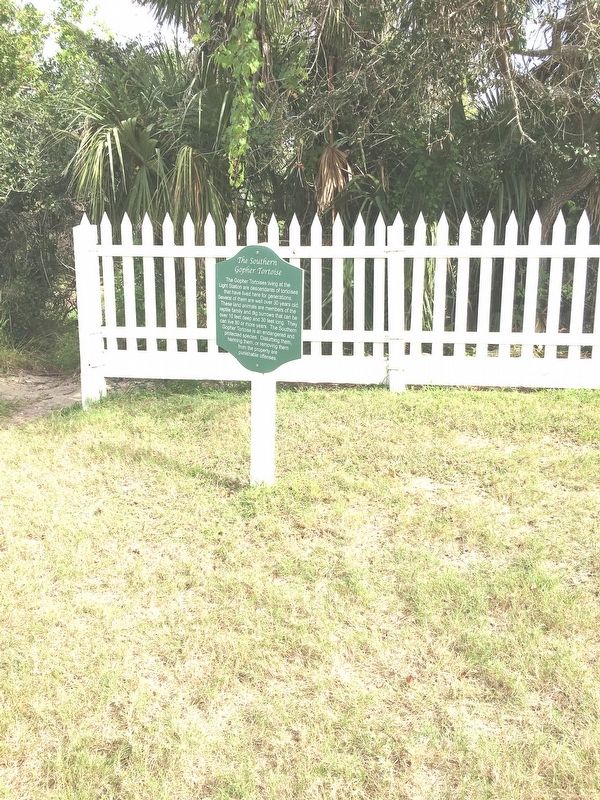 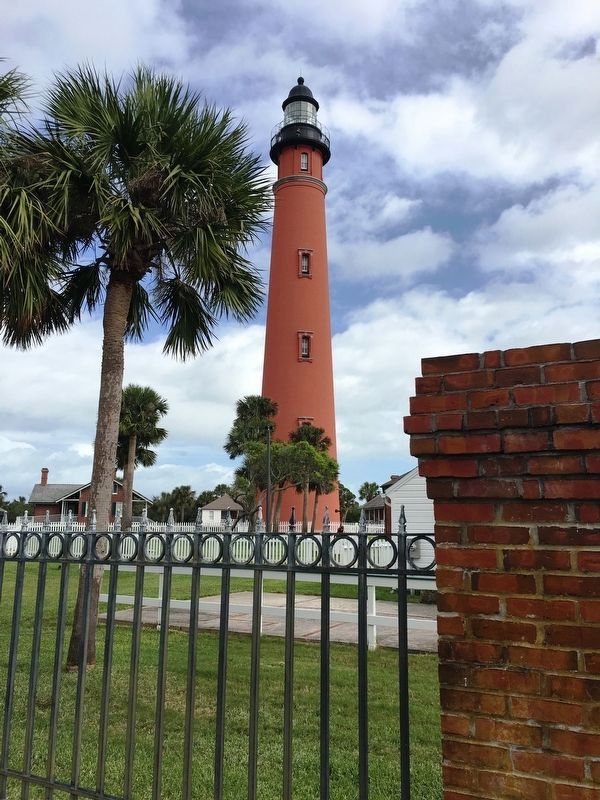