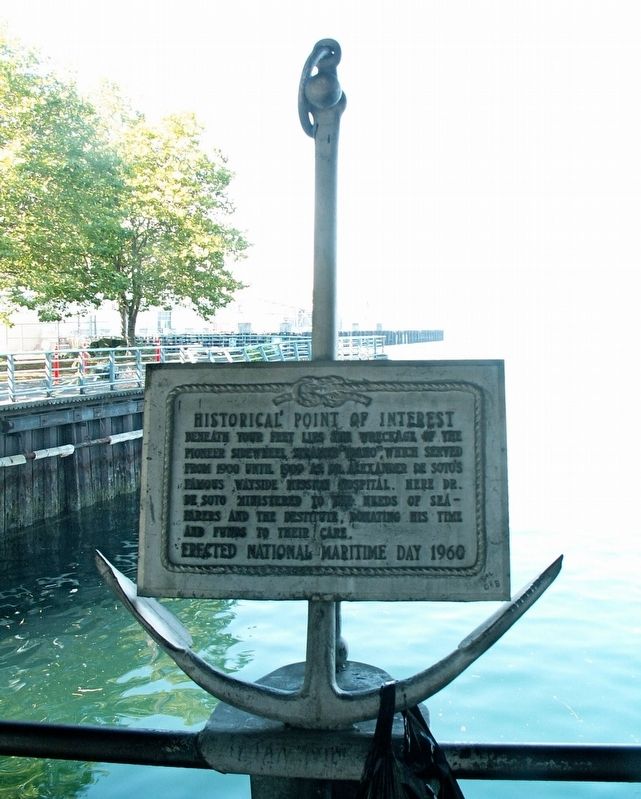 1. Steamer Idaho Wreckage Marker
Inscription.
Steamer Idaho Wreckage. Historical Point of Interest. Beneath your feet lies the wreckage of the pioneer sidewheel steamer "Idaho", which served from 1900 until 1909 as Dr. Alexander de Soto's famous wayside mission hospital. Here Dr. de Soto ministered to the needs of seafarers and the destitute, donating his time and funds to their care., Erected National Maritime Day 1960 . This historical marker was erected in 1960 by Yukon Club and Propeller Club - Port of Seattle. It is in Seattle in King County Washington

Beneath your feet lies the wreckage of the pioneer sidewheel steamer "Idaho", which served from 1900 until 1909 as Dr. Alexander de Soto's famous wayside mission hospital. Here Dr. de Soto ministered to the needs of seafarers and the destitute, donating his time and funds to their care.

Topics. This historical marker is listed in these topic lists: Science & Medicine • Waterways & Vessels. A significant historical year for this entry is 1900. 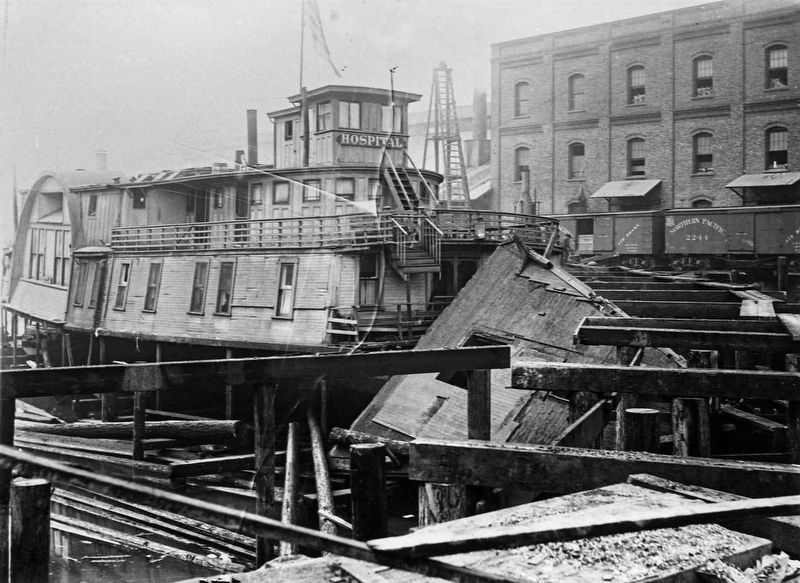 More about this marker. This historical marker resided inside the Washington Street Public Boat Landing until 2014 when it, along with the boat landing, were temporarily relocated to another pier south of here for restoration while the Elliot Bay Seawall undergoes renovation. Both the marker and boat landing will be replaced sometime in 2018-19.

Regarding Steamer Idaho Wreckage. A blog site (link below) provides additional history: The Idaho was probably one of the last ships to be buried beneath Seattle’s waterfront. The irony of this sidewheeler’s last days was sensational enough to be popularly told and retold. As a 1903 article in the weekly Commonwealth put it, the Idaho’s career was “a happy instance of compensation” in which an “opium-smuggling ship became an ark of refuge for opium victims.” ... Built to work on the Columbia River out of The Dalles, the Idaho was soon successfully taken over that river’s treacherous cascades and then, in 1882, was sent on to Puget Sound. Here its shadier labors included smuggling illegal aliens and opium. But in 1899 the ship was redeemed by a Spanish Jesuit turned surgeon ... Dr. Alexander de Soto bought the steamer with money made from practicing surgery on the well-to-do and converted it into a hospital for the down-and-out. With the ship set above 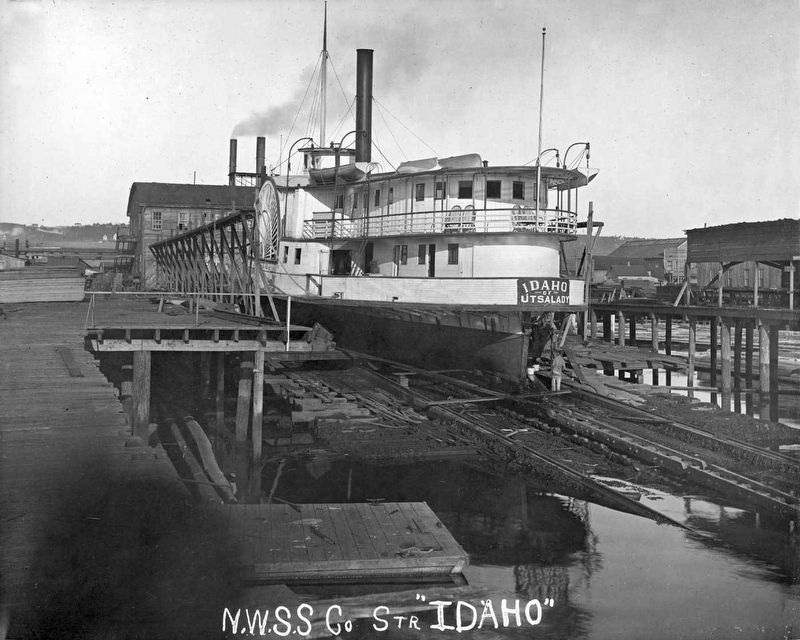 Photographed By Pauldorpat.com
3. Steamer Idaho
high tide on pilings at the foot of Jackson Street, De Soto and his wards abandoned their first hospital, a borrowed bam where he not only cared for but also lived with his indigent patients. The good works of De Soto’s Wayside Mission were so in demand that his example eventually spurred the city itself to provide health care for the indigent. With the 1909 completion of the new Public Safety ·Building (now the 400 Yesler Building); Seattle opened its own clinic ... Two years earlier, in 1907, the Wayside Mission was forced from its land-bound sidewheeler and moved to a temporary site at Second and Republican, now the part of the Seattle Center taken by the Bagley Write Repertory Theatre. Soon after, the redeemed Idaho was laid to rest beneath fill near the foot of Jackson Street. 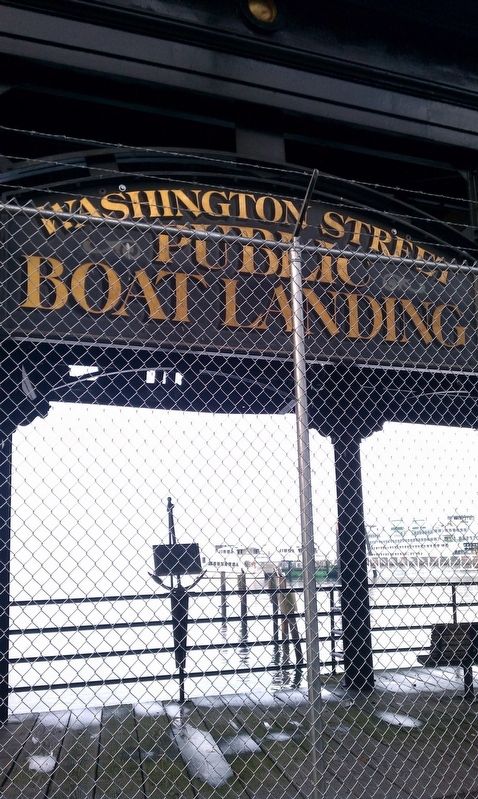 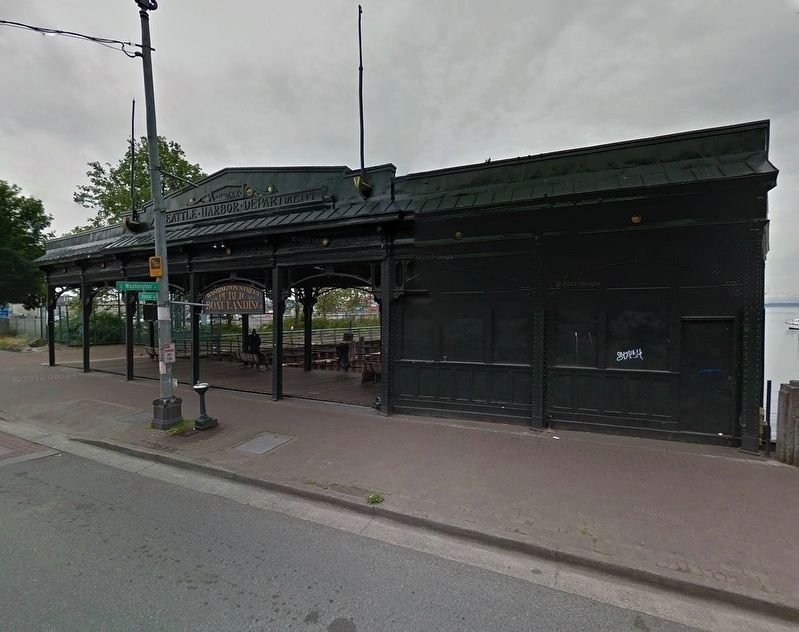