— March to the Sea Heritage Trail — 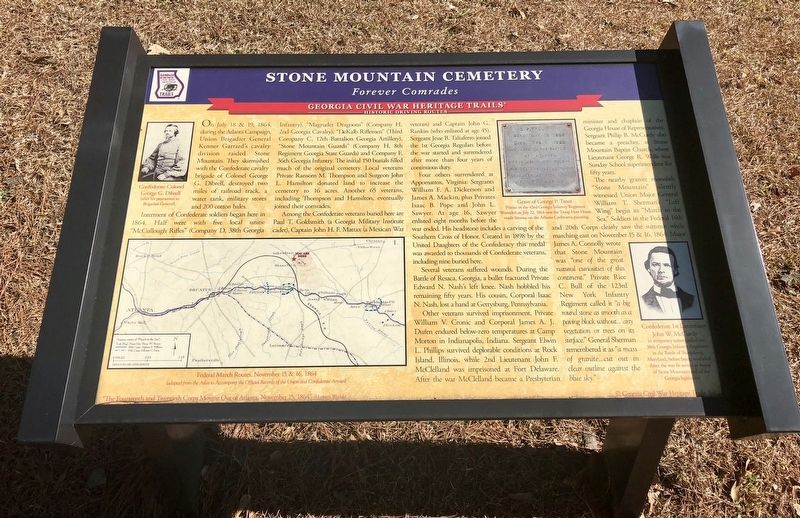 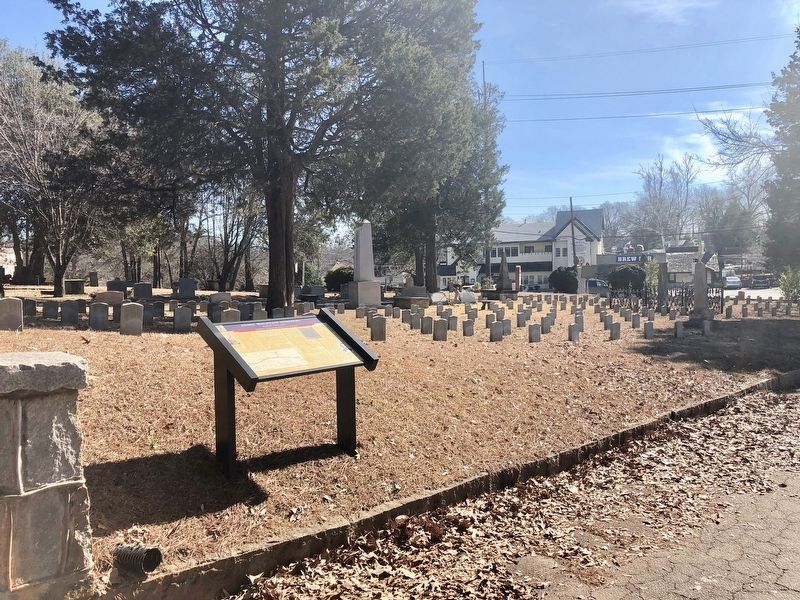 Photographed By Mark Hilton, January 24, 2018
2. View of marker with grave markers of the Unknown Confederate soldiers in background.

Click or scan to see
this page online
(who enlisted at age 45). Sergeant Jesse B. Taliaferro joined the 1st Georgia Regulars before the war started and surrendered after more than four years of continuous duty.

Four others surrendered at Appomattox, Virginia: Sergeants William F. A. Dickerson and James A. Mackin, plus Privates Isaac B. Pope and John L. Sawyer. At age 16, Sawyer enlisted eight months before the war ended. His headstone includes a carving of the Southern Cross of Honor. Created in 1898 by the United Daughters of the Confederacy this medal was awarded to thousands of Confederate veterans, including nine buried here. 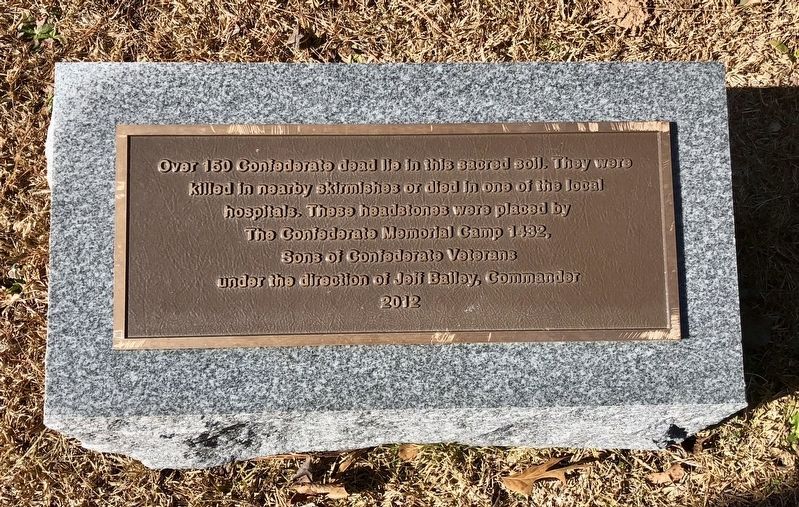 The nearby granite monolith "Stone Mountain" silently witnessed Union Major General William T. Sherman's "Left Wing" begin its "March to the Sea." Soldiers in the Federal 14th and 20th Corps clearly saw the summit while marching east on November 15 & 16, 1864. Major James A. Connolly wrote that Stone Mountain was "one of the great natural curiosities of this continent." Private Rice C. Bull of the 123rd New York Infantry Regiment called it "a big round stone as smooth as a pawing block without...any vegetation or trees on its surface." General Sherman remembered it as "a mass of granite...cut out in clear outline against the blue sky."

Topics and series. This historical marker is listed in these topic lists: Cemeteries & Burial Sites • War, US Civil. In addition, it is included in the Sherman’s March to the Sea series list. A significant historical date for this entry is July 18, 1864. 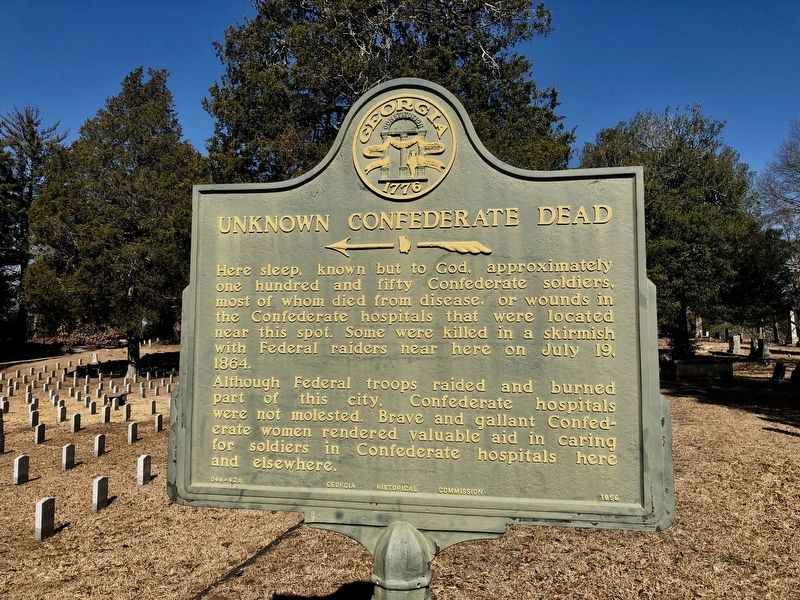 Photographed By Mark Hilton, January 24, 2018
4. Another nearby marker about the Confederate dead.
is at or near this postal address: 6204 East Ponce de Leon Avenue, Stone Mountain GA 30083, United States of America. Touch for directions.

Regarding Stone Mountain Cemetery. Over 200 Confederate veterans are buried here. The nearby massive monolith “Stone Mountain” was admired by the 27,000+ Federal soldiers in the “Left Wing” of Major General William T. Sherman’s army as they marched east from Atlanta on November 15 & 16, 1864. 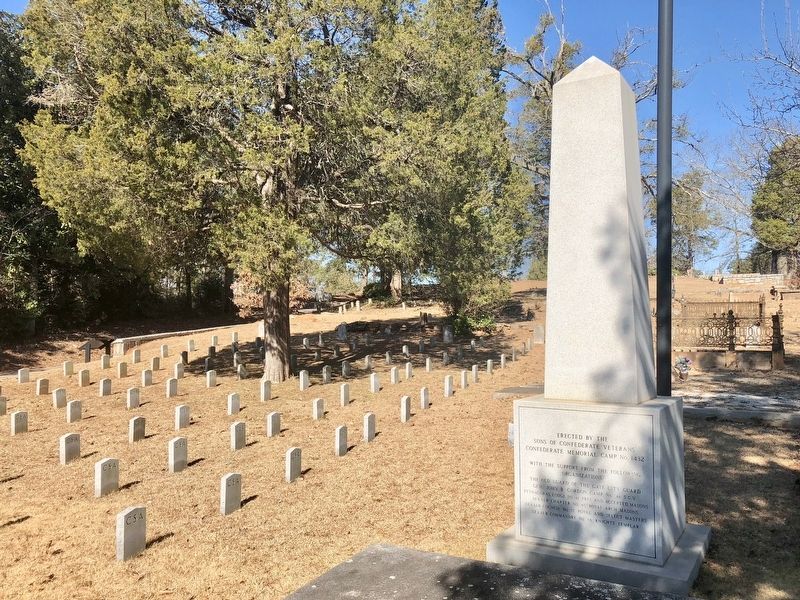