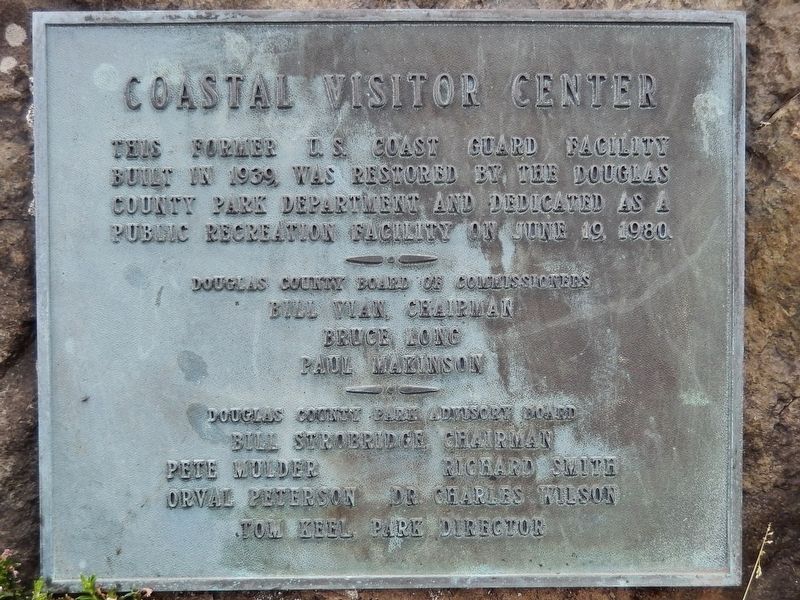 This former U.S. Coast Guard facility built in 1939, was restored by the Douglas County Park Department and dedicated as a public recreation facility on June 19, 1980.

Topics. This historical marker is listed in these topic lists: Parks & Recreational Areas • Waterways & Vessels. A significant historical year for this entry is 1939.

Location. 43° 39.823′ N, 124° 11.892′ W. Marker is in Reedsport, Oregon, in Douglas County. Marker is on Lighthouse Road west of Oregon Coast Highway (U.S. 101), on the right when traveling north. Marker, located within Umpqua Lighthouse State Park, is a metal tablet mounted near ground level on a large stone in front of the subject building. Touch for map. Marker is at or near 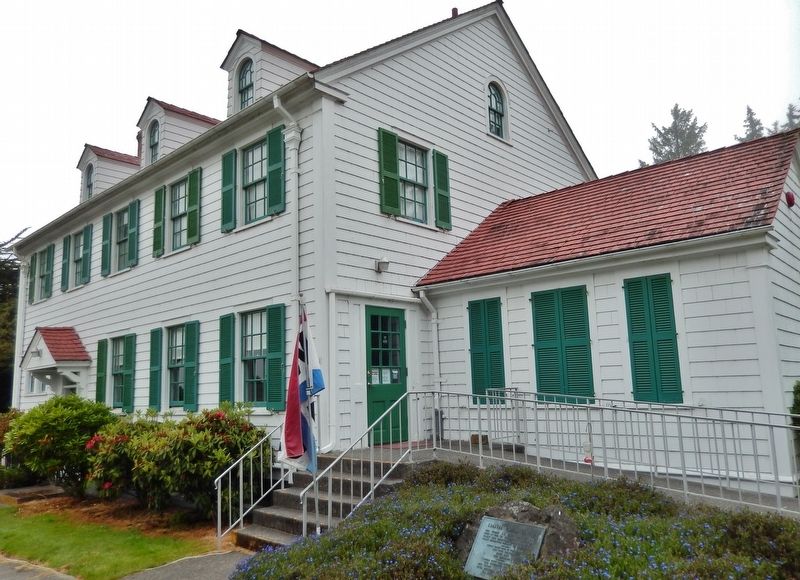 Click or scan to see
this page online
this postal address: 1020 Lighthouse Road, Reedsport OR 97467, United States of America. Touch for directions.

Also see . . .
1. http://www.hp-nw.com/images/Thesis/Chap07%20Umpqua.pdf.
(link includes 1939 photo of the Station House) The second of the four Roosevelt-type stations to be built on the Oregon Coast. These stations followed a standard plan developed by the Coast Guard and were for the most part built during Franklin Roosevelt’s administration. The station house was completely symmetrical across the front. Colonial Revival detailing was represented by multi-pane windows flanked by operable shutters, large classical corner boards, Tuscan columns, eave returns, a water table with cap, and metal railings in classical motifs. 18 men were stationed there in 1956 and many more during WWII. (Submitted on January 30, 2018, by Cosmos Mariner of Cape Canaveral, Florida.) 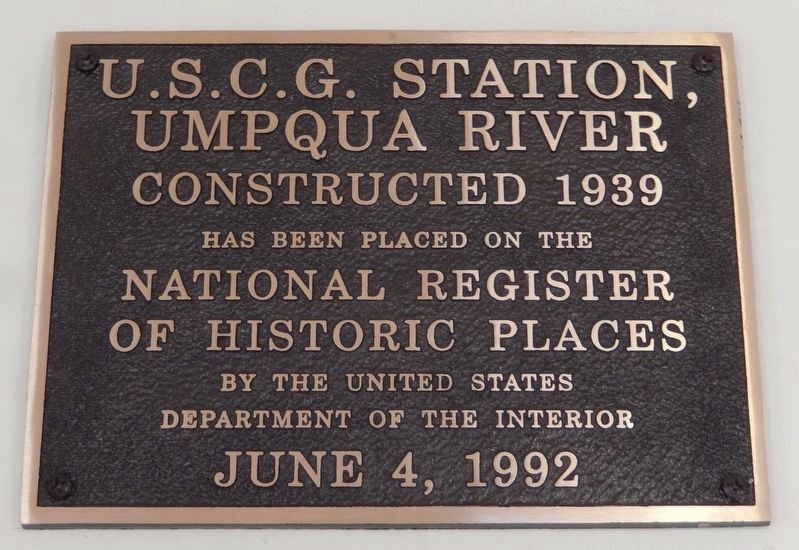 2. Umpqua lifeboats continue work of generations past.
There were a scant eight men attached to the Umpqua River Lifeboat Station located on the North Spit near old Umpqua City when it opened in 1891. The men stationed at the old lifeboat station were part of the U.S. Life-Saving Service and the Revenue Cutter Service -- there was no Coast Guard. Clad in wool sweaters, the men paddled to sea in wooden whaling boats. In 1915, by Executive Order, the Life-Saving and Revenue Cutter services merged to create the U.S. Coast Guard. Using Dobbins self-bailing, self-righting wooden lifeboats, the North Spit station stayed in operation until 1939, when a new station was built near the Umpqua River Lighthouse. (Submitted on January 30, 2018, by Cosmos Mariner of Cape Canaveral, Florida.) 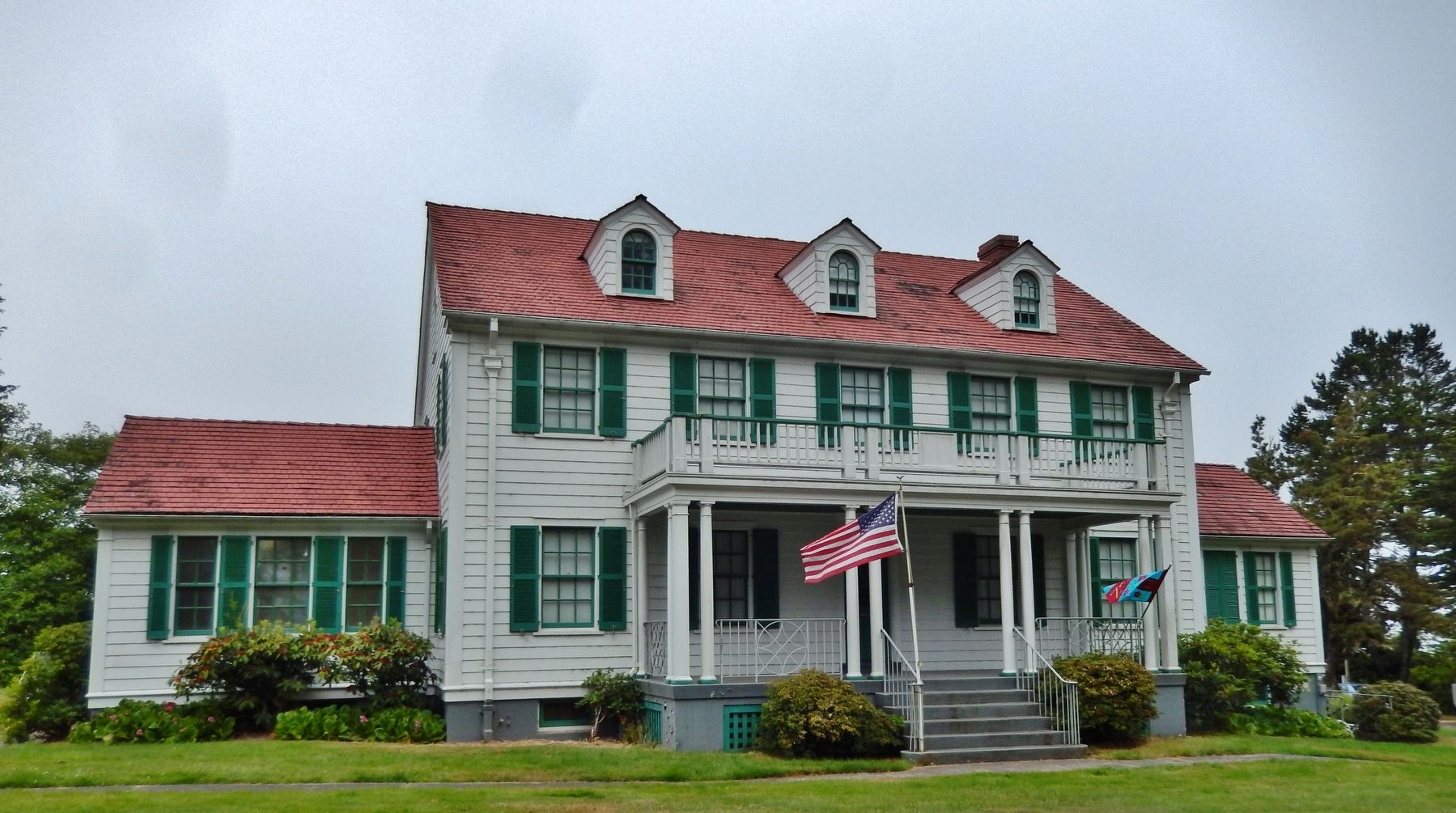 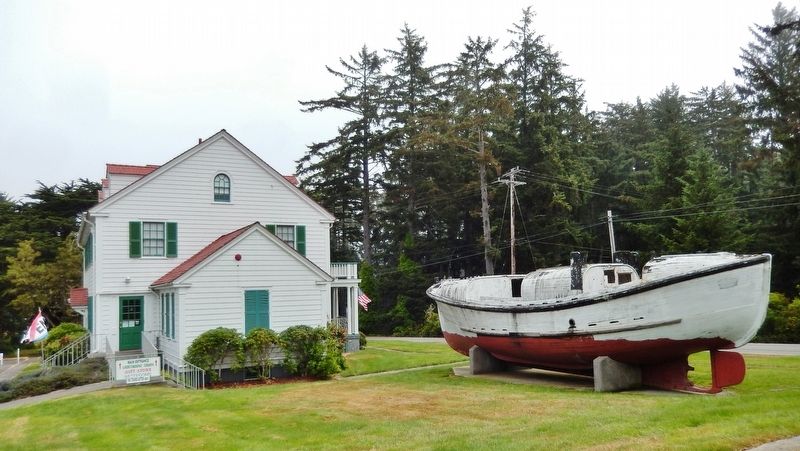 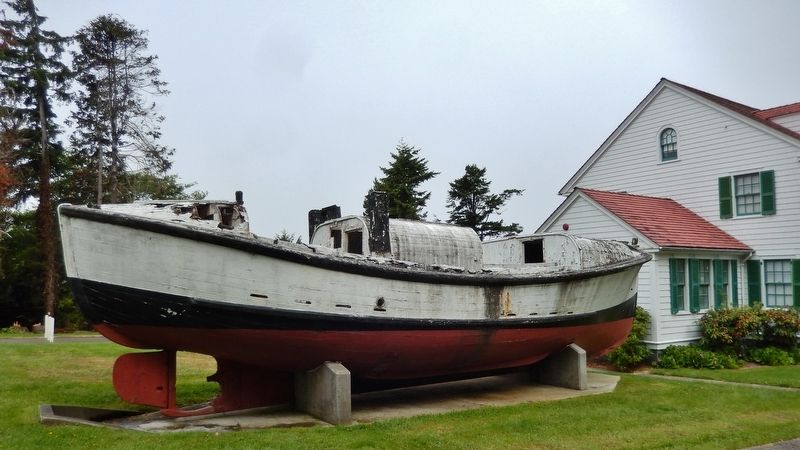