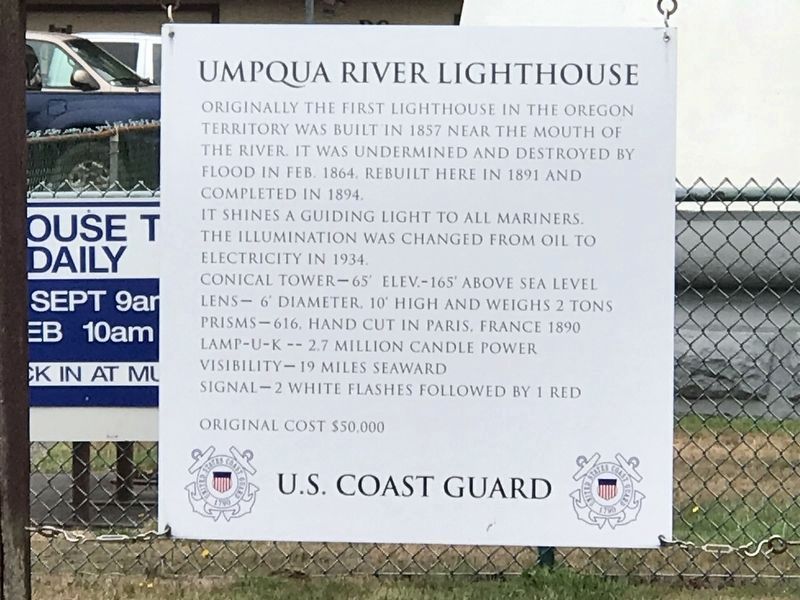 Originally the first lighthouse in the Oregon Territory. Was built in 1857 near the mouth of the river. It was undermined and destroyed by flood in Feb. 1864. Rebuilt here in 1891 and completed in 1894. It shines a guiding light to all mariners.

The illumination was changed from oil to electricity in 1934.

Topics and series. This historical marker is listed in these topic lists: Man-Made Features • Notable Buildings • Waterways & Vessels. In addition, it is included in the Lighthouses series list. A significant historical year for this entry is 1857. 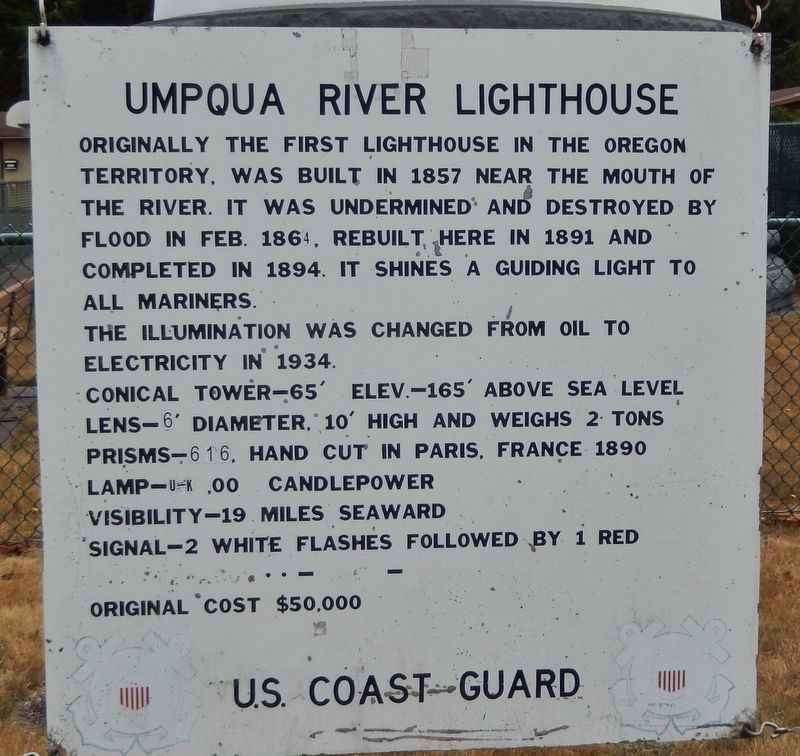 Click or scan to see
this page online
is on Lighthouse Road west of Oregon Coast Highway (U.S. 101), on the right when traveling north. Marker is located within Umpqua Lighthouse State Park, directly in front of the subject lighthouse. Touch for map. Marker is at or near this postal address: 1020 Lighthouse Road, Reedsport OR 97467, United States of America. Touch for directions.

Related markers. Click here for a list of markers that are related to this marker. Oregon Coast Lighthouses

Also see . . .
1. Umpqua River Lighthouse.
The tower’s first-order Fresnel lens, manufactured in 1890 by Barbier & Co of Paris, is a thing of beauty and was originally illuminated by a Funck mineral oil lamp. The lens has twenty-four bull’s-eye panels and completes a revolution every two minutes, producing a signature of two white flashes followed by a red flash. Every seventy minutes the keepers would have to wind up the weight that revolved the lens. Marinus Stream from Astoria Oregon, the first head keeper of the new lighthouse, tragically drowned two years 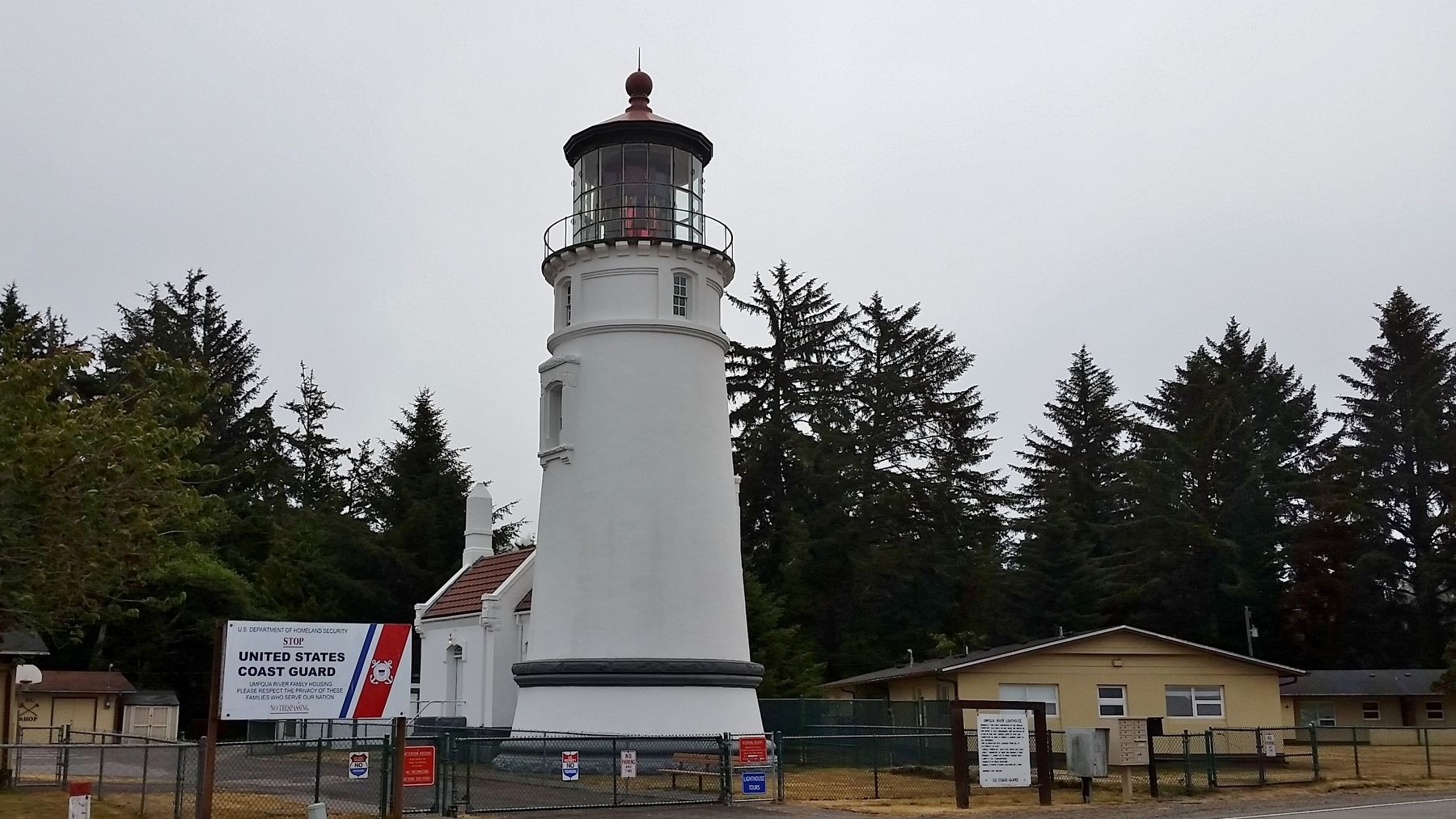 Photographed By Cosmos Mariner, June 26, 2015
3. Umpqua River Lighthouse Marker (wide view; marker visible near gate at right)
after arriving at the station. Despite the early tragedy, Umpqua River Lighthouse became a desired assignment for lightkeepers, perhaps because the station did not have a fog signal. (Submitted on January 30, 2018, by Cosmos Mariner of Cape Canaveral, Florida.)

2. Umpqua River Lighthouse (1894).
Construction started on the new light in 1892, and it was first lit in 1894. Built at the same time as Heceta Head Light, it was built from the same plans and is virtually identical to its more northern sister. Unlike its predecessor, the new light had several advantages over the original light. Built 100 feet (30 m) above the river, the new light was safe from flooding. This was partly due to the Light House Board's insistence that ships be able to plot a course based on visible lighthouses. (Submitted on January 30, 2018, by Cosmos Mariner of Cape Canaveral, Florida.)

3. Umpqua River Lighthouse.
The glass in the Fresnel lens was hand cut in Paris France in 1890, it has 616 prisms and has 24-bulls-eyes, 8 are covered with red glass, the remaining 16 are clear glass, the positioning of the bulls-eyes are alternating 2 clear lenses and 1 red; as the lens would turn on chariot wheels at the base of the lens the bulls-eyes would pass in front of the light it would create 2 white flashes of light followed by 1 red flash which is the flash signature of the new Umpqua River 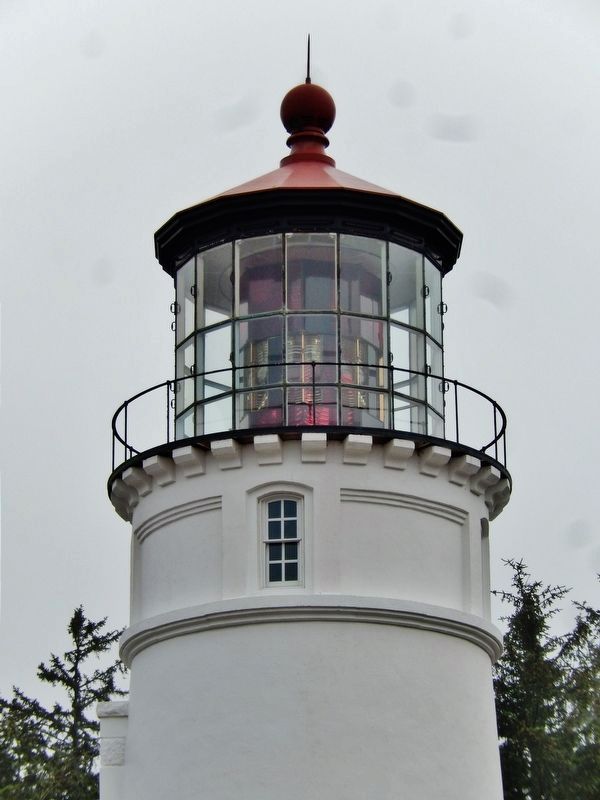 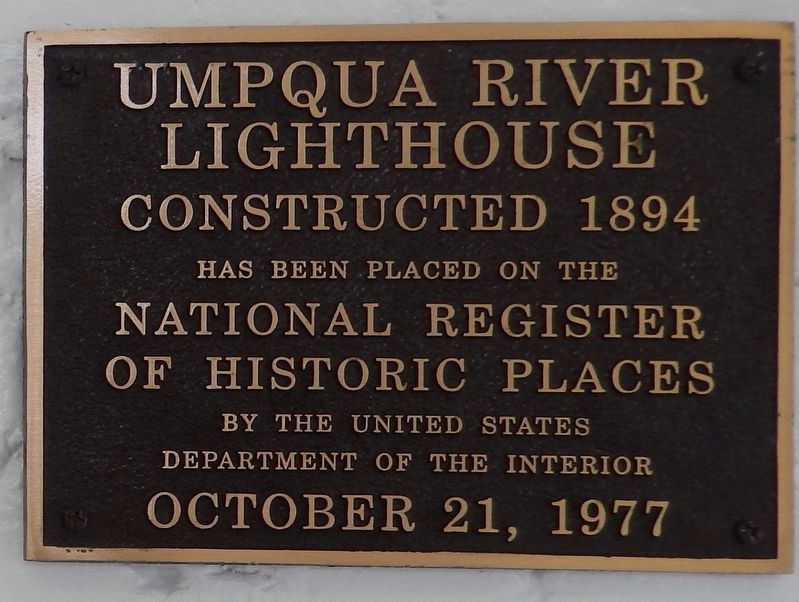 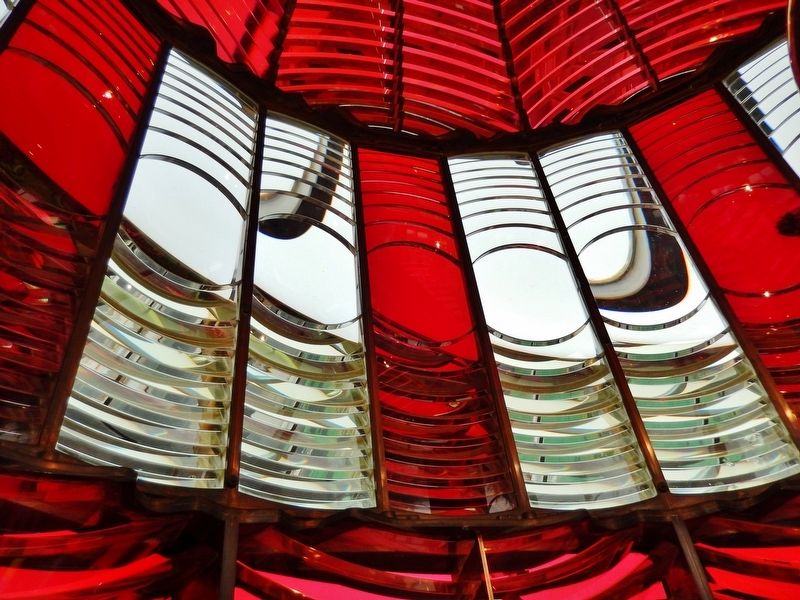 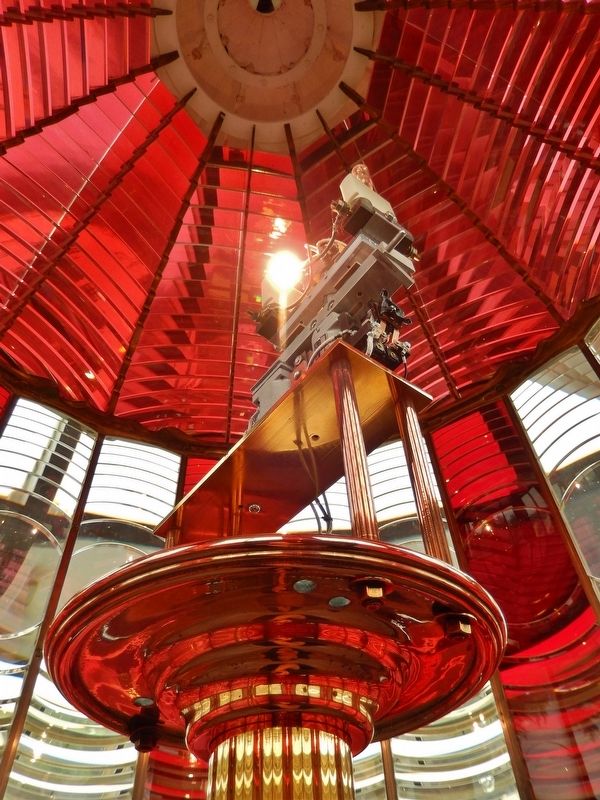 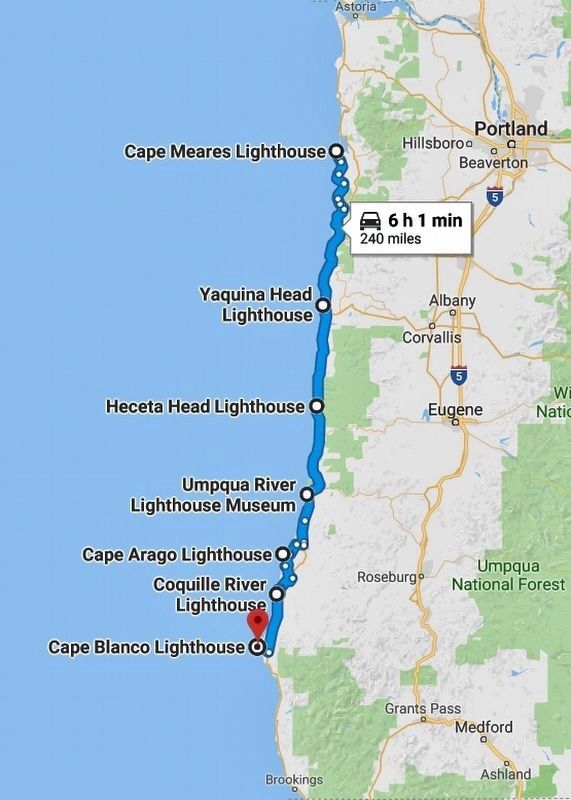