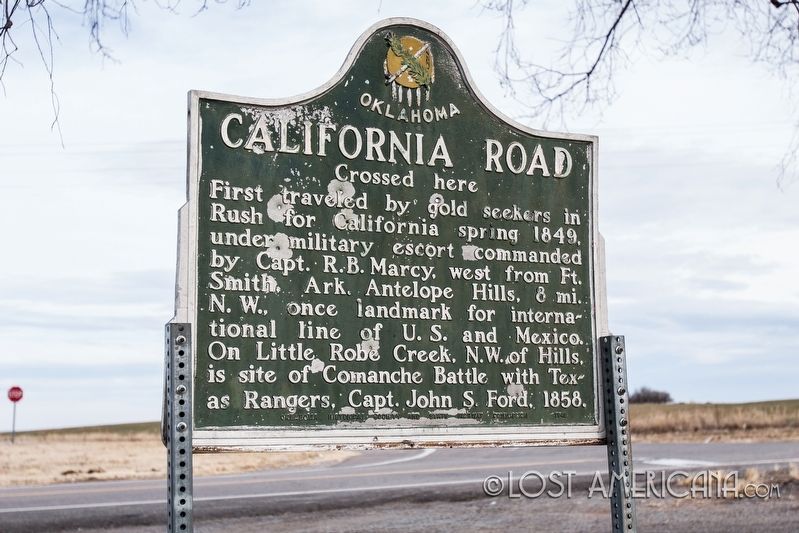 Topics and series. This historical marker is listed in these topic lists: Roads & Vehicles • Settlements & Settlers • Wars, US Indian. In addition, it is included in the California Trail, and the Oklahoma Historical Society series lists. A significant historical year for this entry is 1849.

Other nearby markers. At least 3 other

Photographed By James Hulse, September 9, 2021
2. The view of the California Road Marker from the road