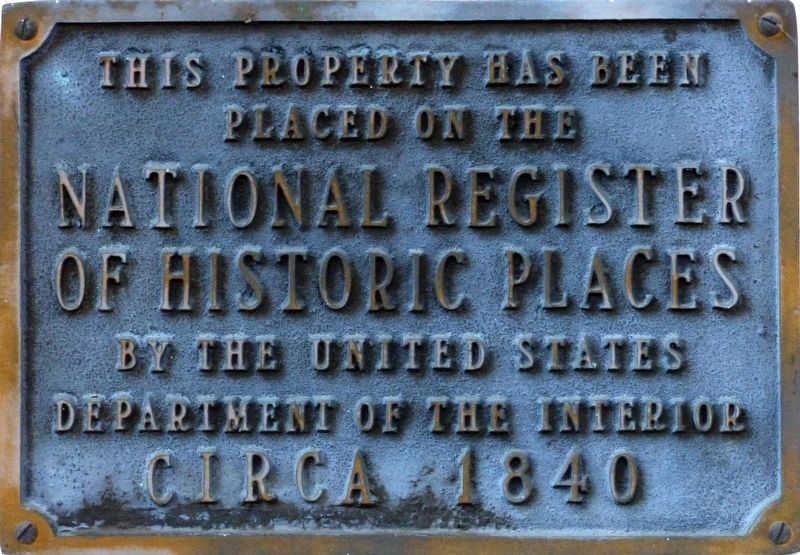 Photographed By Allen C. Browne, February 26, 2018
1. Glenfiddich House Marker
Inscription.
Glenfiddich House. Formerly Harrison Hall.
This property has been placed on the National Register Of Historic Places by the United States Department of Interior Circa 1840. . This historical marker is in Leesburg in Loudoun County Virginia

Topics. This historical marker is listed in these topic lists: Communications • Notable Buildings • War, US Civil. A significant historical year for this entry is 1840.

Location. 39° 7.07′ N, 77° 33.833′ W. Marker is in Leesburg, Virginia, in Loudoun County. Marker can be reached from North King Street (Business U.S. 15) north of North Street, on the left when traveling north. Touch for map. Marker is at or near this postal address: 205 North King Street, Leesburg VA 20176, United States of America. Touch for directions. 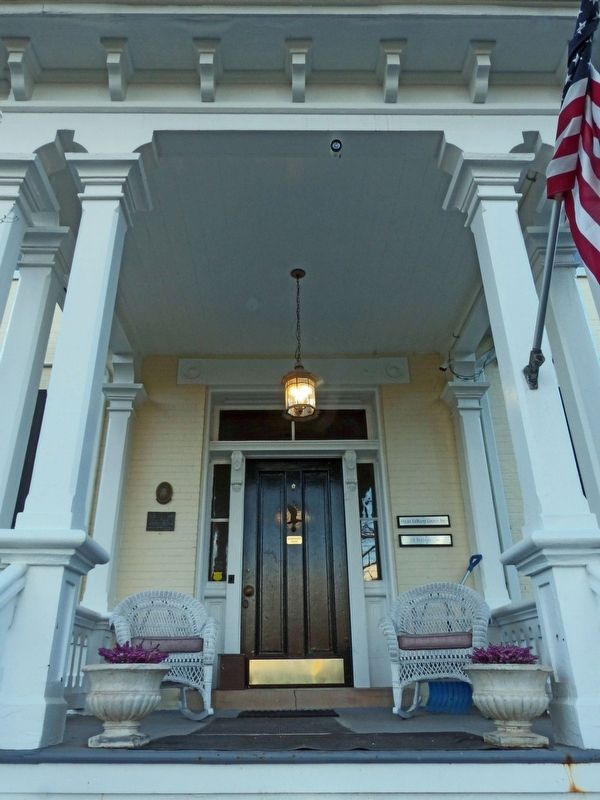 Regarding Glenfiddich House. The 1840 Italianate house incorporates a 1780 log house. In the 1960s James Dickey lived in the 1780 portion of the house.

“Located at 205 N. King Street in Leesburg, Harrison Hall was built in 1780. On October 21, 1861, ladies of the house watched the Battle of Ball’s Bluff from the upper-story windows. Afterward, wounded soldiers were cared for at the Hall, including Col. E.R. Burt of the 18th Mississippi, who died there four days after the battle. During the course of the war, the Hall enjoyed a reputation as a hospitality center for visiting Confederate officers. On September 4, 1862, its most prominent guest arrived. Gen. Robert E. Lee, commander of the Confederate Army of Northern Virginia, arrived in an ambulance wagon, and left with his two hands bandaged in splints after an accident with his horse Traveler. That night, Lee conducted a meeting in the front parlor of the house. In attendance were his top commanders, including 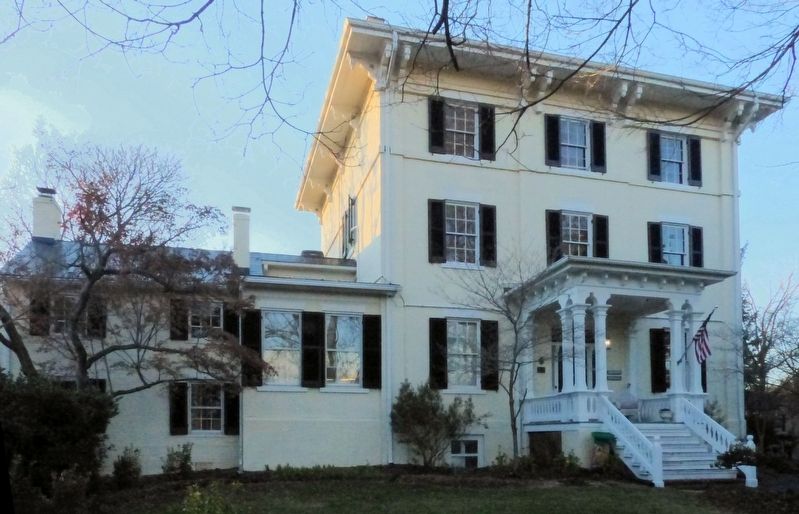 Photographed By Allen C. Browne, February 26, 2018
3. Glenfiddich House
Gens. Thomas “Stonewall” Jackson, James Longstreet, Lewis A. Armistead, and J.E.B. Stuart. They finalized plans for the invasion of Maryland, which would lead to the Battle of Antietam. Today, Harrison Hall is known as the Glenfiddich House.” [Text from http://civilwar.visitloudoun.org]
— Submitted March 1, 2018, by Allen C. Browne of Silver Spring, Maryland.
2. Deliverence

“From 1966-68 poet and author James Dickey resided at Glenfiddich House, an easy commute to his position as poetry consultant to the Library of Congress in Washington, D.C. It was during his stay that he began his manuscript for his novel Deliverance. The desk that he wrote the first drafts of the novel is still at Glenfiddich House.” - Wikipedia
— Submitted March 1, 2018, by Allen C. Browne of Silver Spring, Maryland. 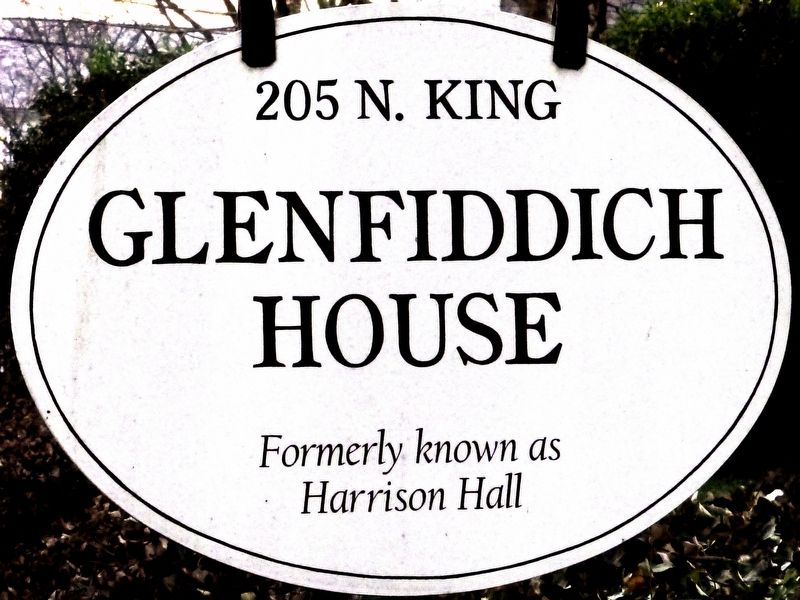 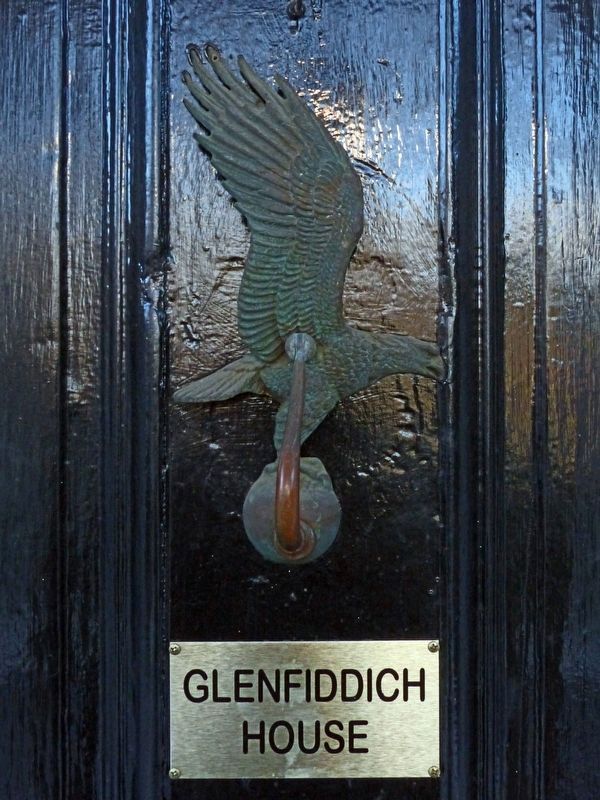 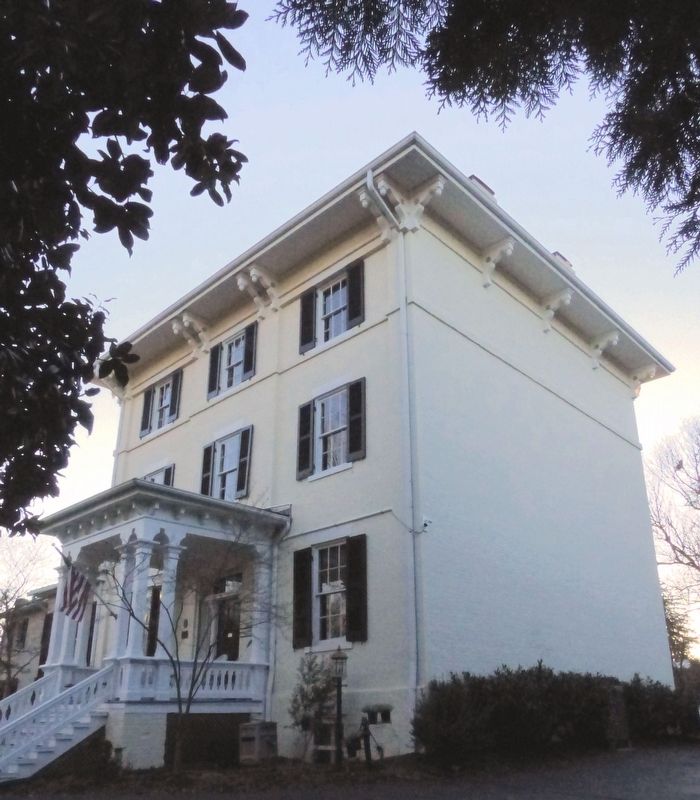