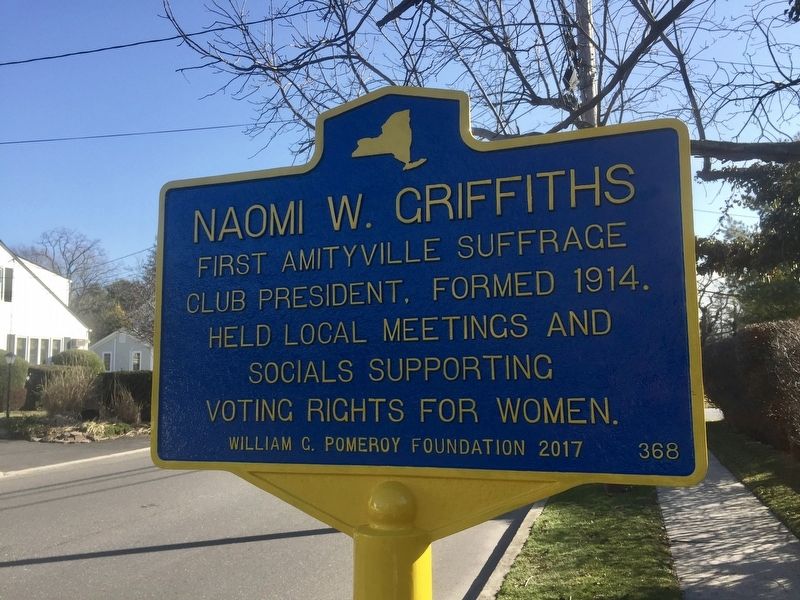 Topics and series. This historical marker is listed in these topic lists: Civil Rights • Women. In addition, it is included in the William G. Pomeroy Foundation series list. A significant historical year for this entry is 1914. 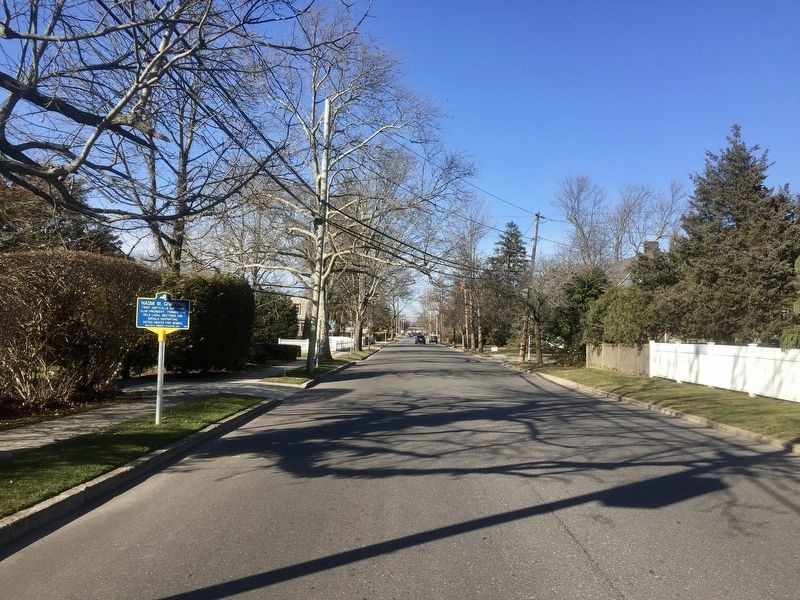 Also see . . .
1. Babylon, Amityville adding markers to honor suffragists (Newsday, October 25, 2017). "In Amityville, a marker will be placed at Avon Place, on the Bayview Avenue side of Naomi Williams Griffiths’ former residence at 160 Avon Place. Griffiths served as the first — and Cascone believes only — president of the Amityville Suffrage Club, which was formed in 1914. She actively raised awareness of the suffrage movement in the village, and the club often held rallies...." (Submitted on March 8, 2018.)