"Lady with the Torch" 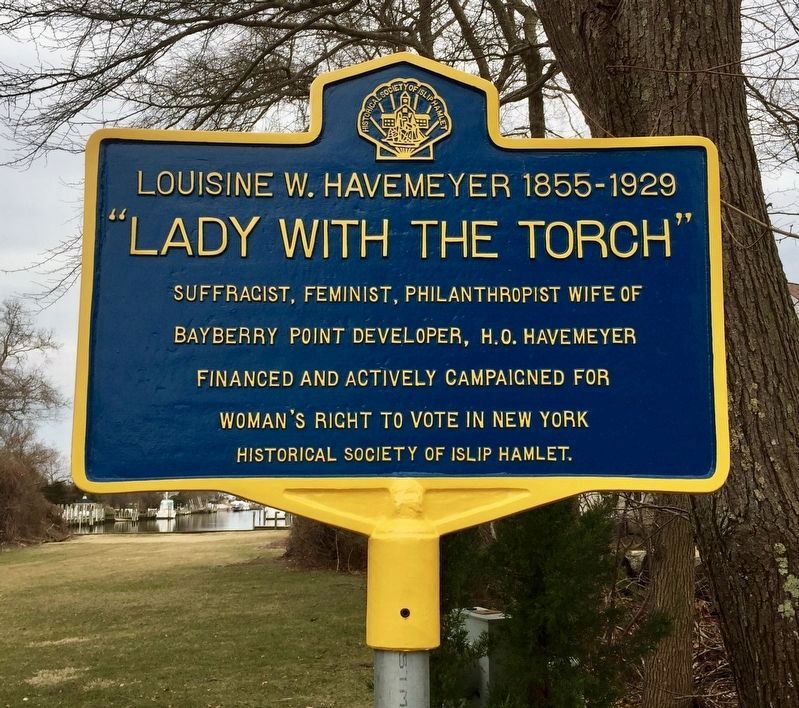 Suffragist, feminist, philanthropist wife of Bayberry Point developer, H.O. Havemeyer Financed and actively campaigned for woman's right to vote in New York . . This historical marker was erected in 2017 by Historical Society of Islip Hamlet. It is in Islip in Suffolk County New York 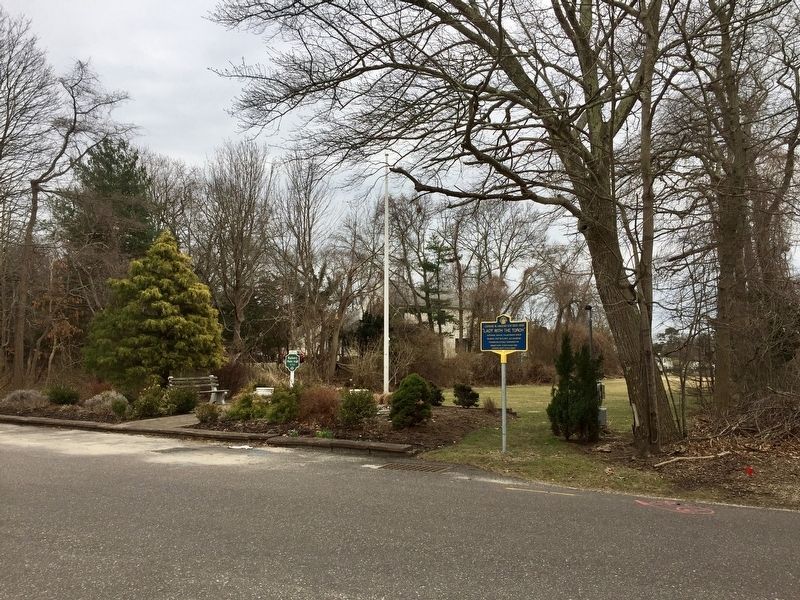 Also see . . .
1. Louisine Waldron Havemeyer (Historical Society of Islip Hamlet). "...It was to be the last demonstration before the Republican Congress passed the 19th amendment. It was the only demonstration in which Louisine would participate. In probably one of the most notable public acts of protest, the National Women’s Party descended on Washington, marched onto Pennsylvania Avenue, and burned the effigy of Woodrow Wilson, who at the time of the protest would not support suffrage....Louisine’s participation in this act of protest resulted in her imprisonment...." (Submitted on March 8, 2018.)