Oysters: Vital to the Lifeline of the Chesapeake 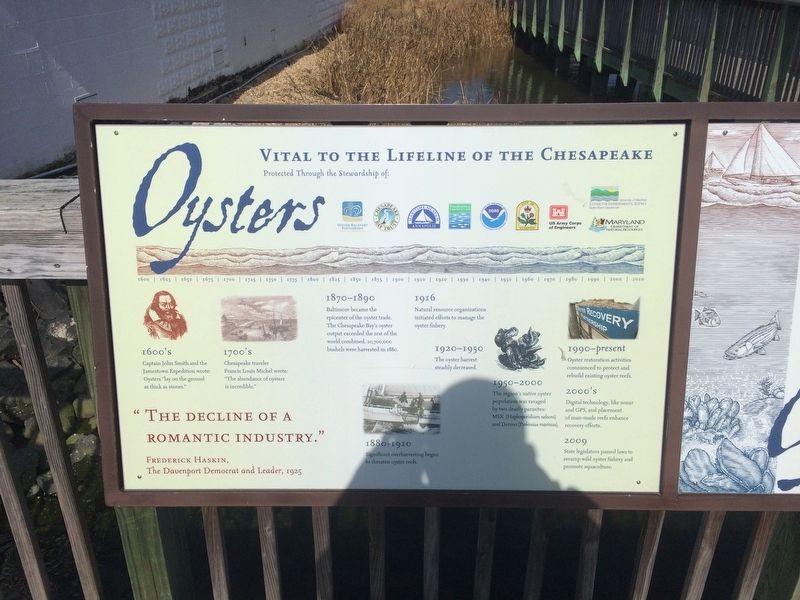 1600's
Captain John Smith and the Jamestown Expedition wrote:
Oysters "lay on the ground as thick as stones."

1870-1890
Baltimore became the epicenter of the oyster trade. The Chesapeake Bay's oyster output exceeded the rest of the world combined. 20,700,00 bushels were harvested in 1880. 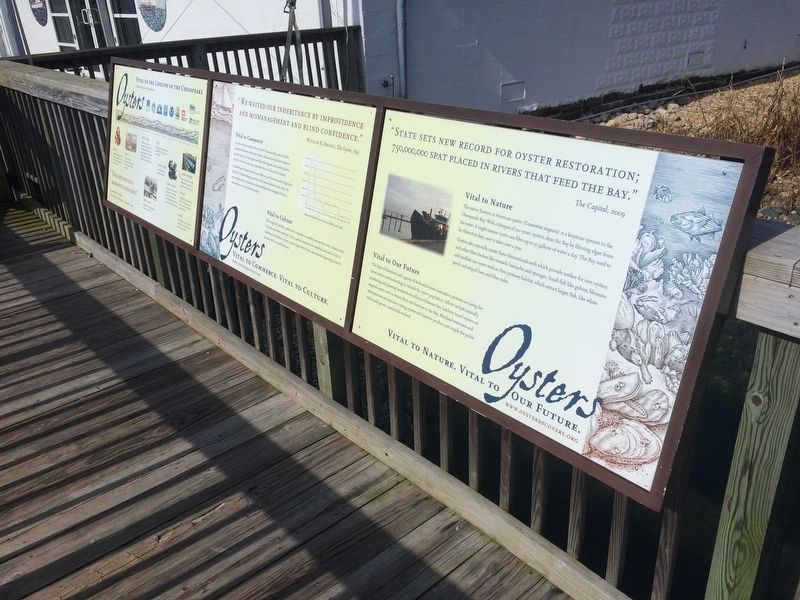 Photographed By Devry Becker Jones, March 10, 2018
2. Oysters: Vital to the Lifeline of the Chesapeake Marker

"The decline of a
Romantic Industry."
Frederick Haskin,
The Davenport Democrat and Leader, 1925