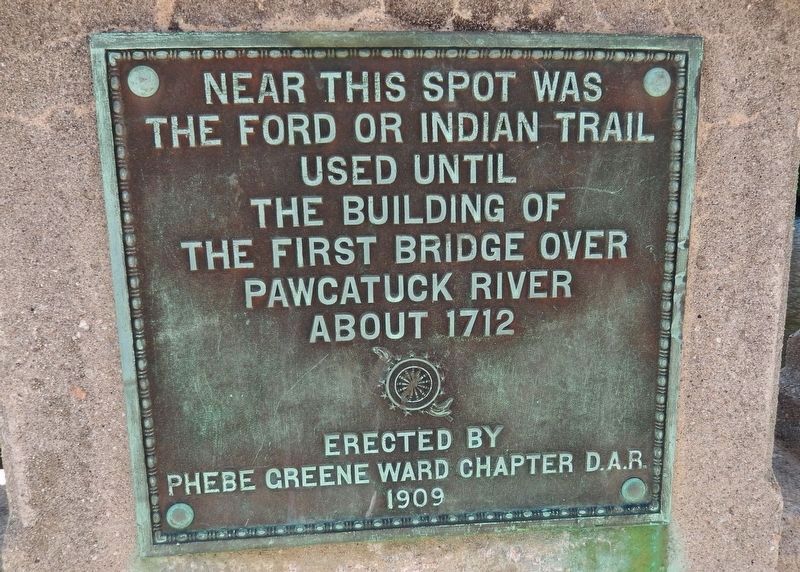 Near this spot was the ford or Indian trail used until the building of the first bridge over Pawcatuck River about 1712.

Topics. This historical marker is listed in these topic lists: Bridges & Viaducts • Colonial Era • Native Americans. A significant historical year for this entry is 1712. 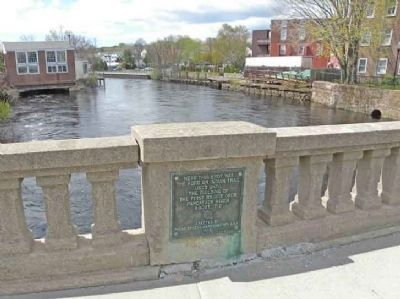 More about this marker. This marker is within ten feet of the Pawcatuck Bridge marker describing the boundary of Rhode Island at same GPS location