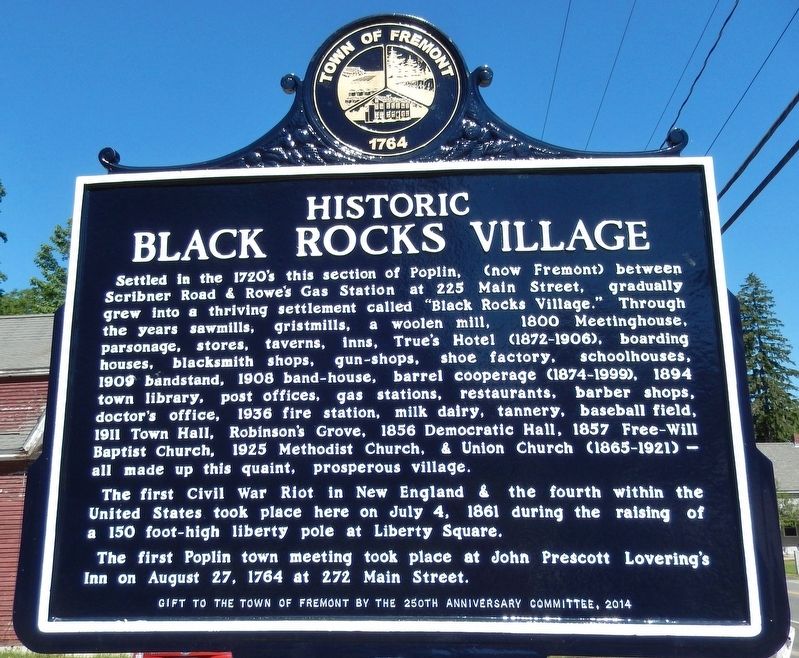 The first Civil War Riot in New England & the fourth within the United States took place here on duly 4, 1861 during the raising of a 150 foot-high liberty pole at Liberty Square. 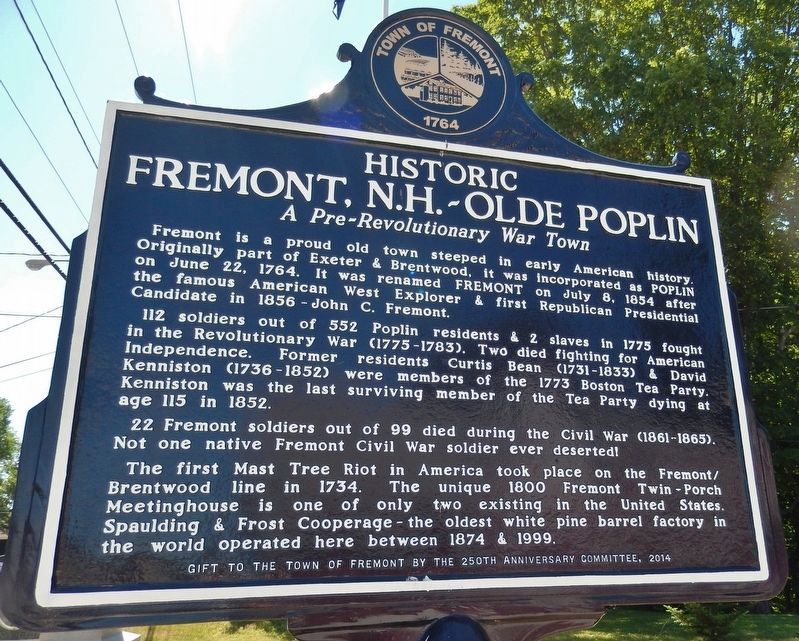 Fremont is a proud old town steeped in early American history. Originally part of Exeter & Brentwood, it was incorporated as POPLIN on June 22, 1764. It was renamed FREMONT on July 8, 1854 after the famous American West Explorer & first Republican Presidential Candidate in 1856 – John C. Fremont.

22 Fremont soldiers out of 99 died during the Civil War (1861-1865). Not one native Fremont Civil War soldier ever deserted!

The first Mast Tree Riot in America took place on the Fremont/Brentwood line in 1734. The unique 1800 Fremont Twin-Porch Meetinghouse is one of only two existing in the United States. Spaulding & Frost Cooperage – the oldest white pine barrel factory in the world operated here between 1874 & 1999. 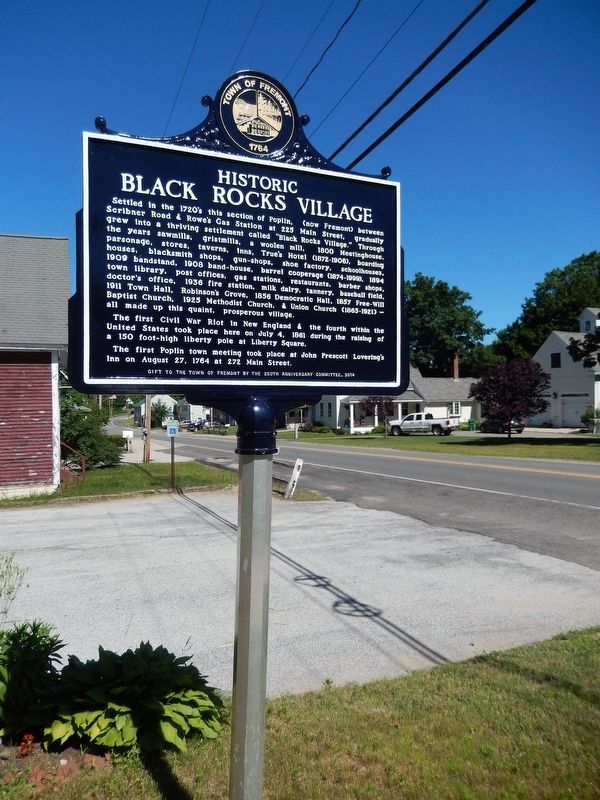 Location. 42° 59.404′ N, 71° 8.454′ W. Marker is in Fremont, New Hampshire, in Rockingham County. Marker is on Main Street (New Hampshire Route 107) south of Sandown Road, on the right when traveling south. Located in front of the the Fremont Town Hall. Touch for map. Marker is at or near this postal address: 295 Main Street, Fremont NH 03044, United States of America. Touch for directions. 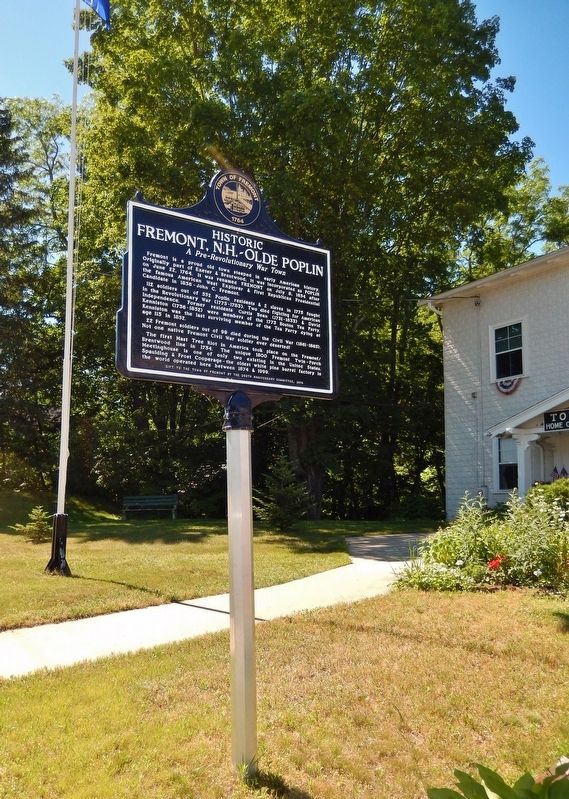 Photographed By Cosmos Mariner, June 25, 2017
4. Historic Fremont, NH - Olde Poplin (marker side 2; tall view)
left Westover Air Force Base in Chicopee, Massachusetts, for a routine flight. Approximately fifteen minutes into the flight, while at 21,000 feet and climbing, crew members heard a loud “thud”. The noise was described in the Air Force investigation report as being “Like a water jug that had fallen from its rack and struck the floor”. Ultimately, the B-52 crashed and exploded in Spruce Swamp, in the town of Fremont, New Hampshire, at 2:50 p.m. All eight men aboard the doomed B-52 successfully ejected and landed safely. (Submitted on April 1, 2018, by Cosmos Mariner of Cape Canaveral, Florida.) 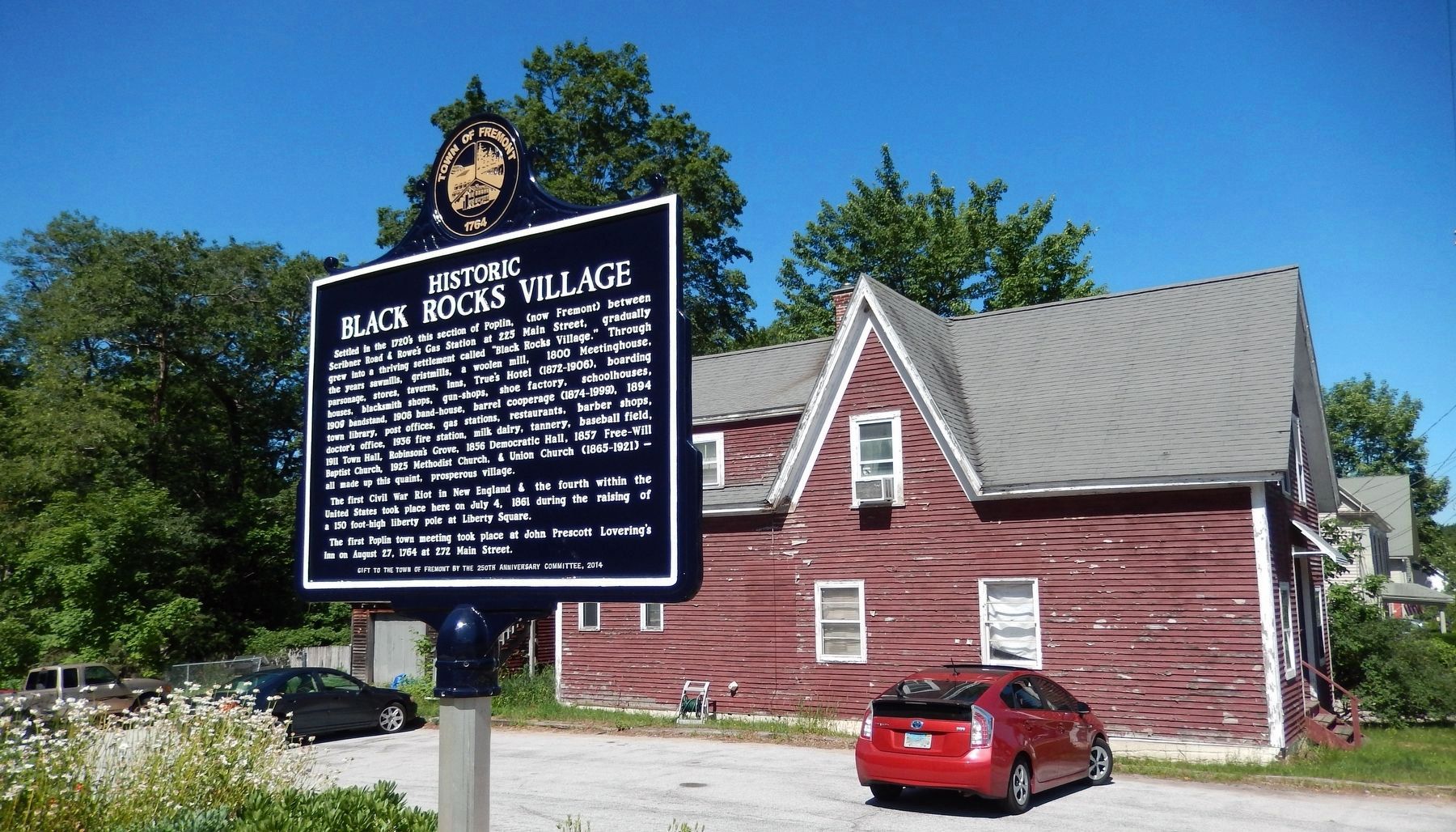 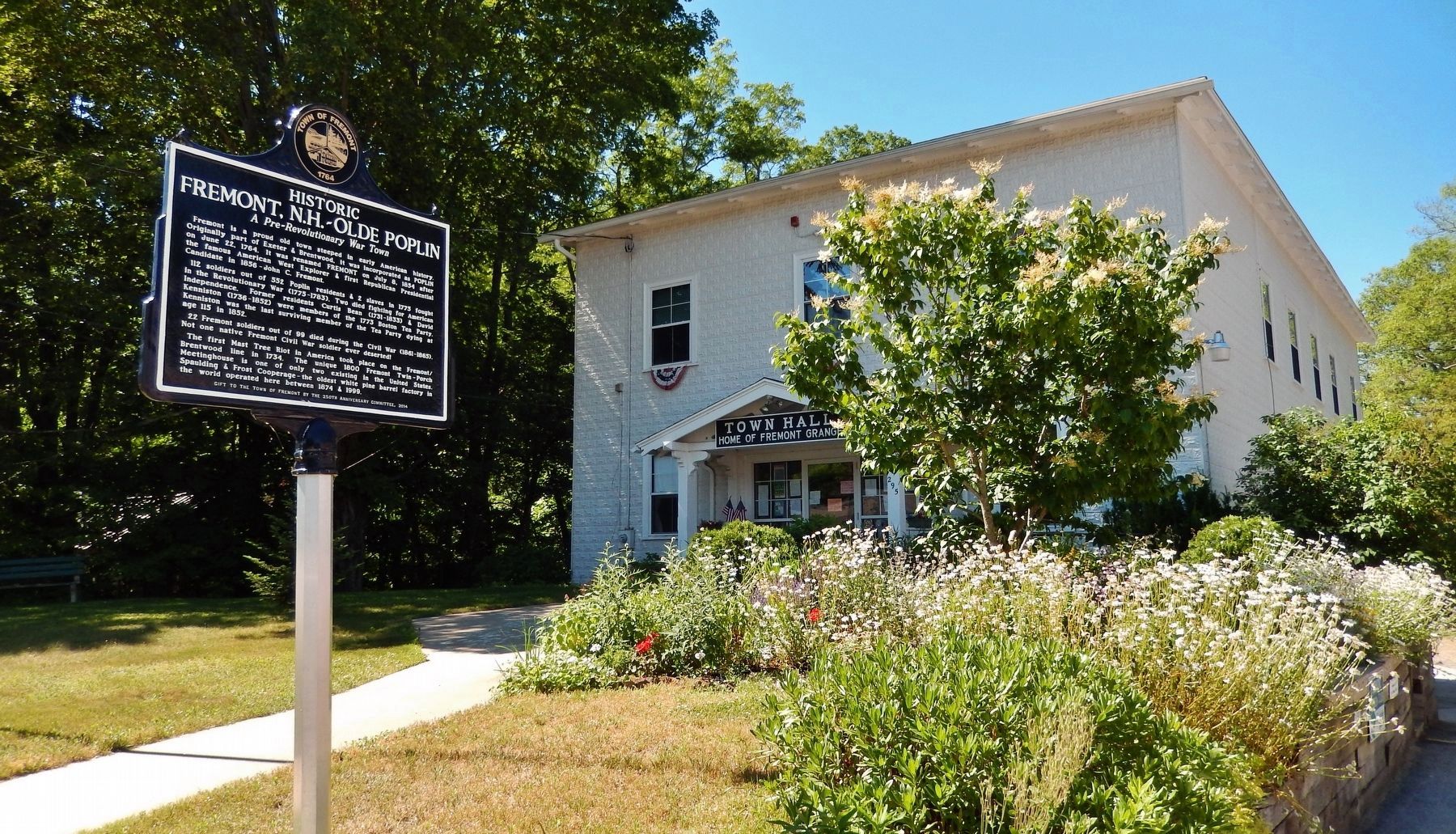