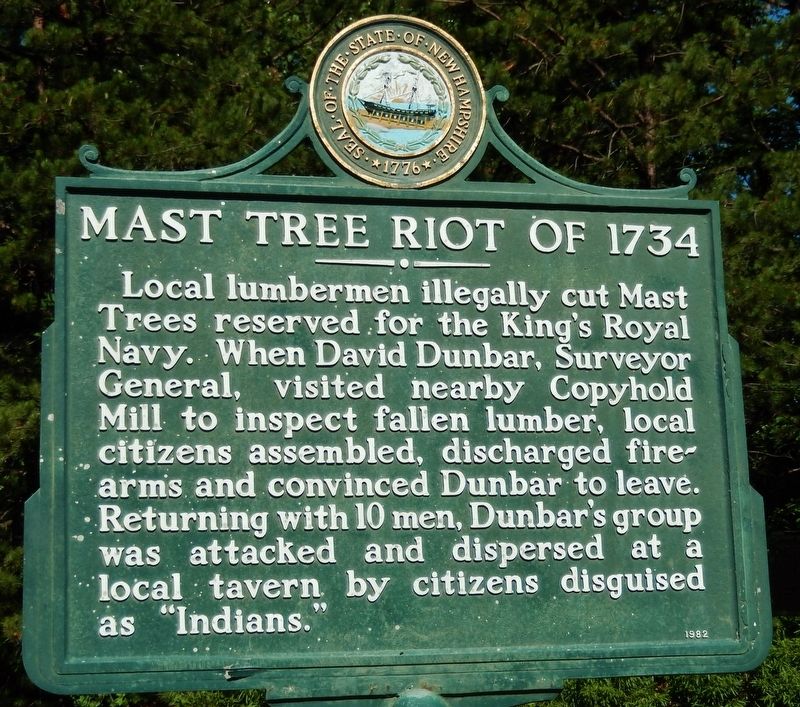 Topics. This historical marker is listed in these topic lists: Colonial Era • Notable Events. A significant historical year for this entry is 1734.

Other nearby markers. At least 8 other markers are within 3 miles of this marker, measured as the crow flies. Meeting House and Hearse House (approx. 2.2 miles away); Fremont Village Cemetery 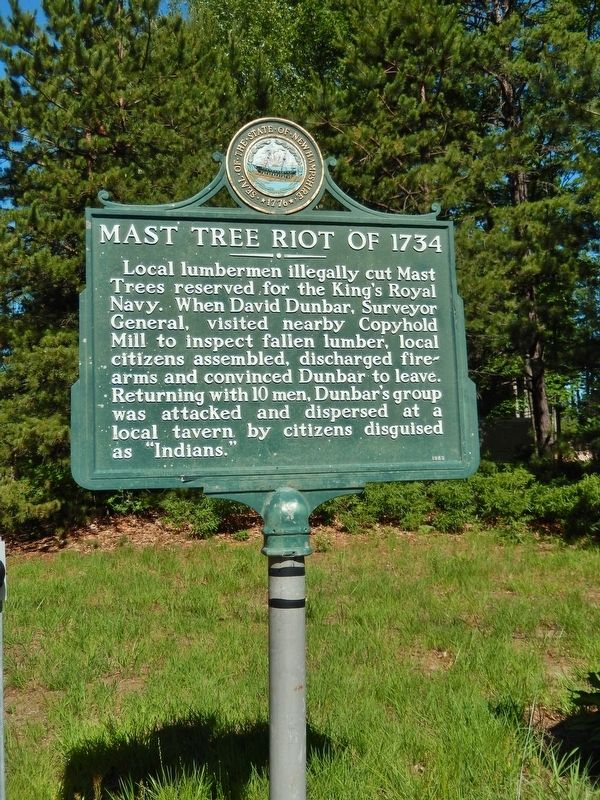 Also see . . .  The Mast Tree Riot of 1734.
Lumber was so important to early residents that it was used in place of money. It was common for debts to be paid in barrel staves. So it’s no wonder that people considered trees the most valuable asset in town. To the British government, New England’s towering pine trees were perfect for masts on his majesty’s naval vessels. In 1705, an act was passed reserving the largest trees for the King’s Navy. A Surveyor General was appointed to locate any trees measuring larger than 24 inches at one foot from the base. These trees were then marked and Locals were not allowed to cut them. New Englanders resented the act and most would at some point just get fed up and cut the trees down. The boards cut from it would be milled down to less than 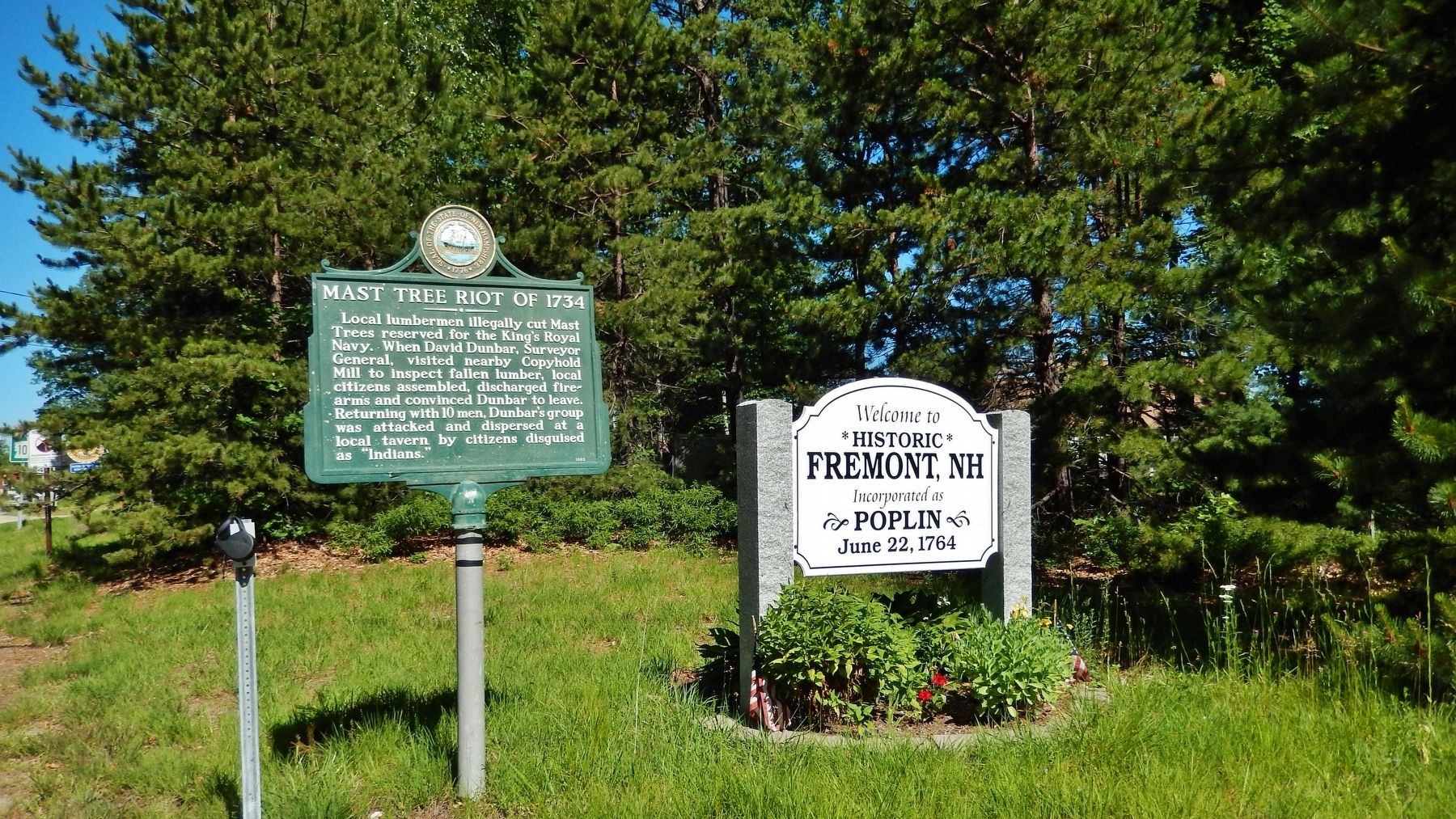