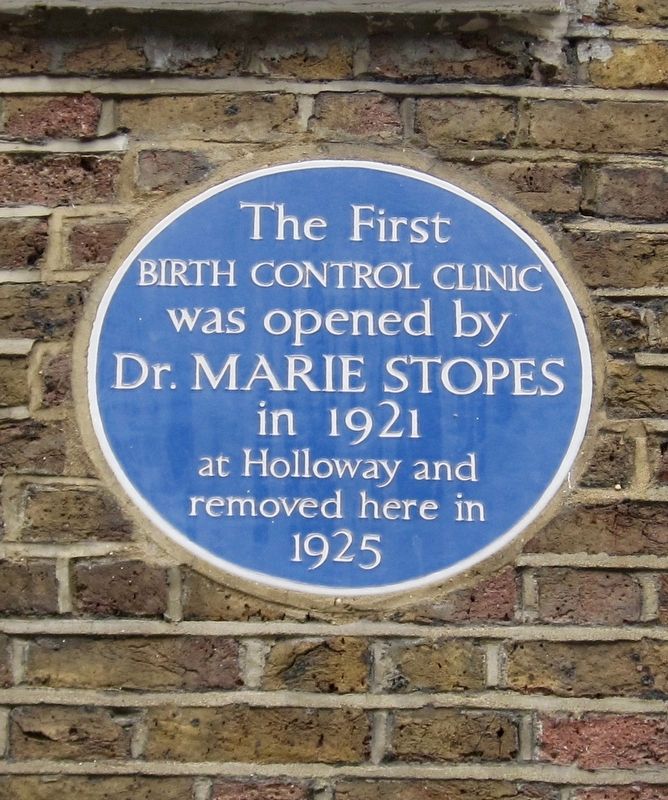 Topics. This historical marker is listed in these topic lists: Science & Medicine • Women. A significant historical date for this entry is October 15, 1880.

Regarding The First Birth Control Clinic. 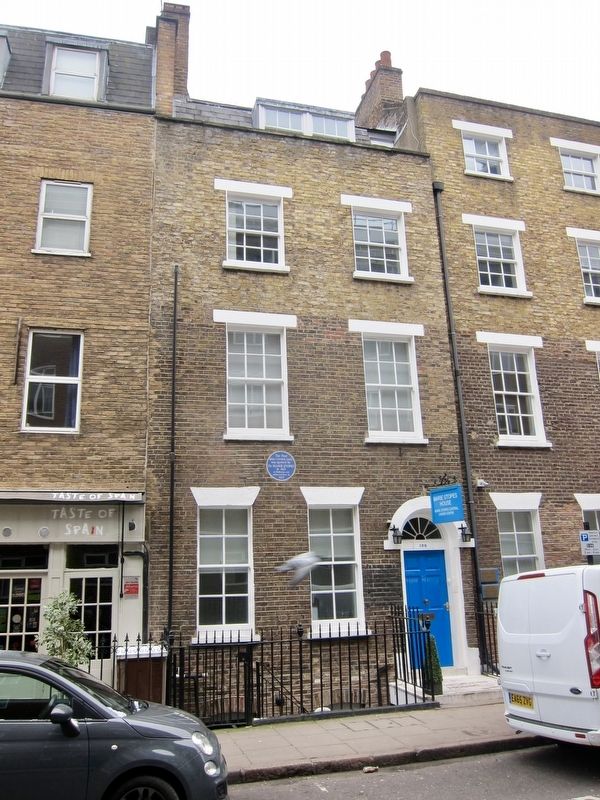 Also see . . .
1. Marie Stopes (1880 - 1958) (BBC). "Stopes was a campaigner for women's rights and a pioneer in the field of family planning....In 1921, Stopes opened a family planning clinic in Holloway, north London, the first in the country. It offered a free service to married women and also gathered data about contraception. In 1925, the clinic moved to central London and others opened across the country. By 1930, other family planning organisations had been set up and they joined forces with Stopes to form the National Birth Control Council (later the Family Planning Association)." (Submitted on April 5, 2018.)

2. Marie Stopes (Wikipedia). "Marie Charlotte Carmichael Stopes (15 October 1880 – 2 October 1958) was a British author, palaeobotanist and campaigner for eugenics and women's rights. She made significant contributions to plant palaeontology and coal classification, and was the first female academic on the faculty of the University of Manchester. With her second husband, Humphrey Verdon Roe, Stopes founded the first birth control clinic in Britain. Stopes edited the newsletter Birth Control News, which gave explicit practical advice. Her sex manual Married 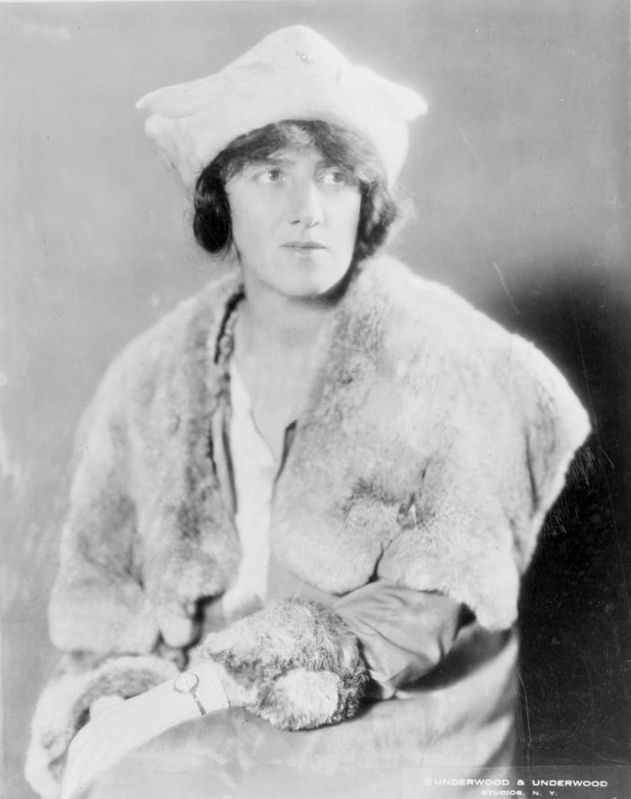 Underwood and Underwood (Photo courtesy of the Library of Congress), circa 1921
3. Dr. Marie C. Stopes, half-length portrait, seated, facing slightly right
Love (1918) was controversial and influential, and brought the subject of birth control into wide public discourse. Stopes opposed abortion, arguing that the prevention of conception was all that was needed." (Submitted on April 5, 2018.)