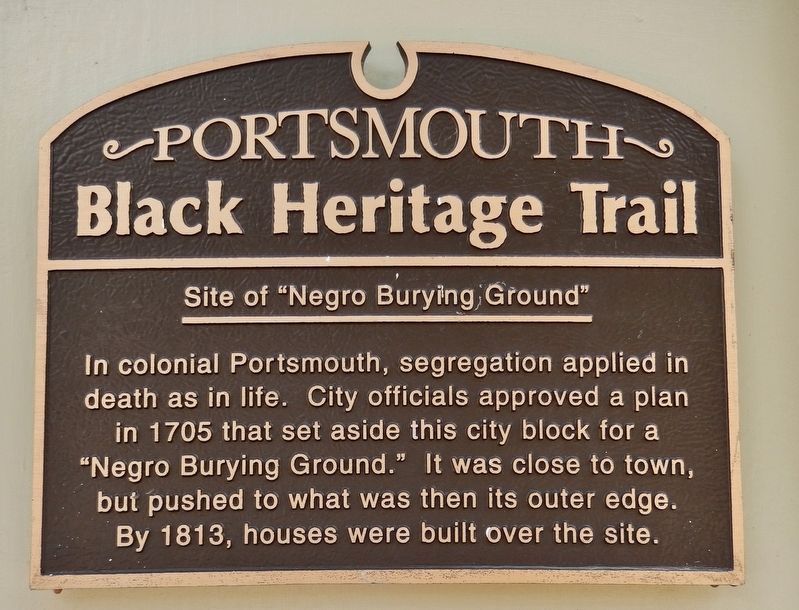 In colonial Portsmouth, segregation applied in death as in life. City officials approved a plan in 1705 that set aside this city block for a "Negro Burying Ground." It was close to town, but pushed to what was then its outer edge. By 1813, houses were built over the site.

Topics. This historical marker is listed in these topic lists: African Americans • Cemeteries & Burial Sites • Colonial Era. A significant historical year for this entry is 1705.

Location. 43° 4.515′ N, 70° 45.545′ W. Marker is in Portsmouth, New Hampshire, in Rockingham County. Marker is on State Street (U.S. 1) east of Middle Street, on the right when traveling east. Marker is a metal plaque mounted at eye level, on the wall, near the northeast corner of the house at this address. Touch for map. Marker is at or near this postal address: 388 State Street, Portsmouth NH 03801, United States of America. Touch for directions. 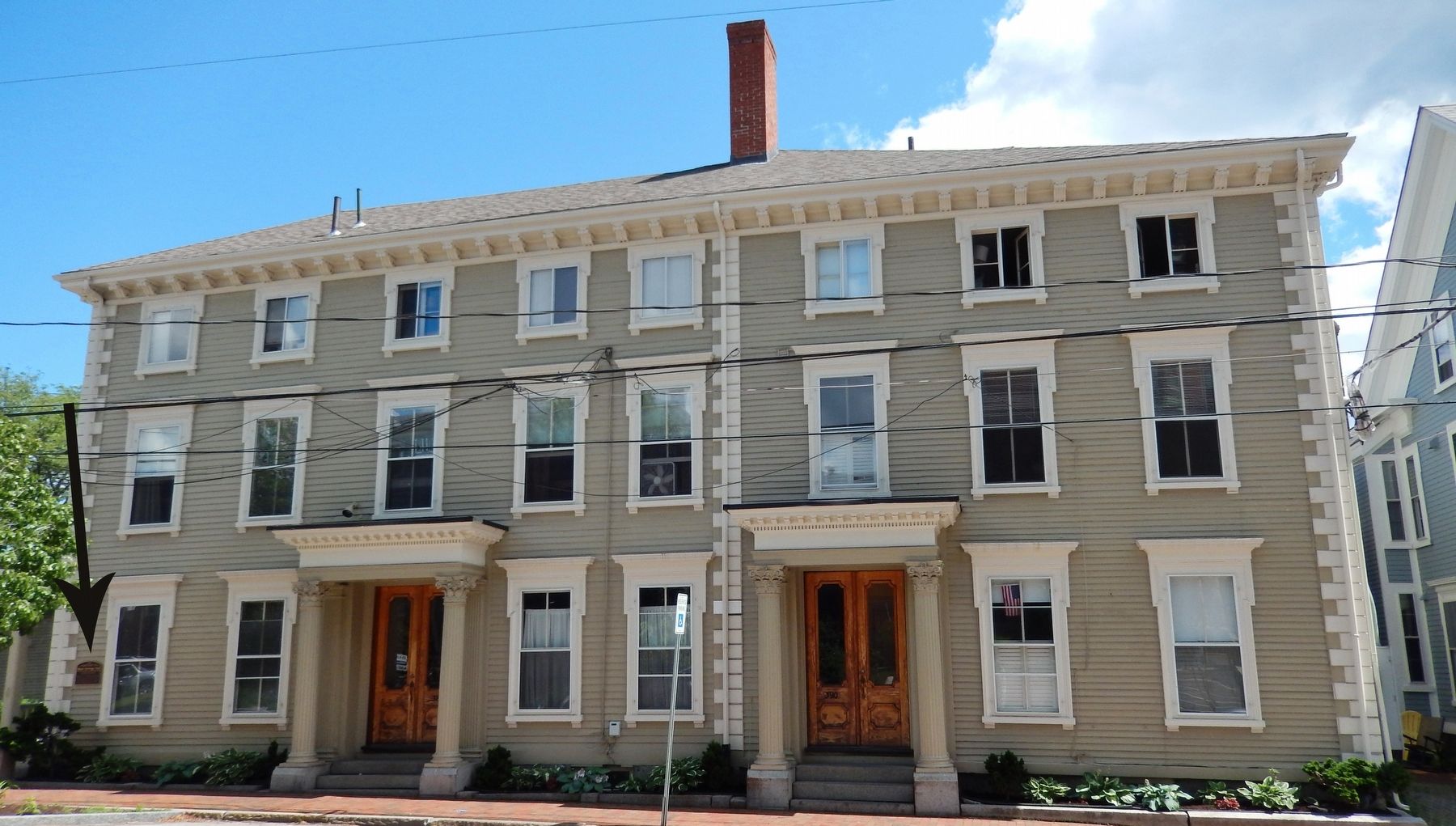 Related markers. Click here for a list of markers that are related to this marker. Portsmouth Black Heritage Trail

2. African Burying Ground and Memorial Park.
In 1995, the Portsmouth Black Heritage Trail included the area known as the "Negro Burying Ground" among its twenty-four historic sites reflecting the presence of African people in New Hampshire since 1645. The Trail described the burial site in its first publications, a walking tour guidebook and a teacher resource book, both widely distributed throughout the region. Then, in 2000, the Trail installed one of its many distinctive cast bronze plaques on what is believed to be the first house built 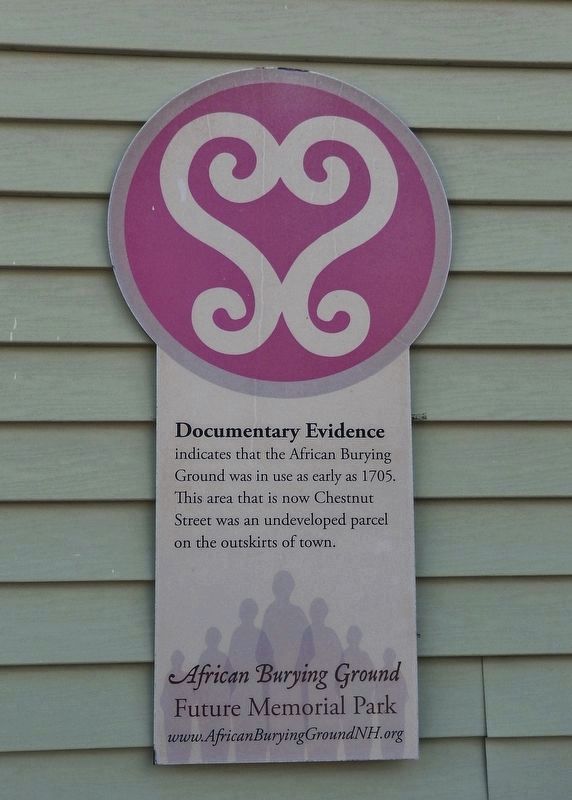 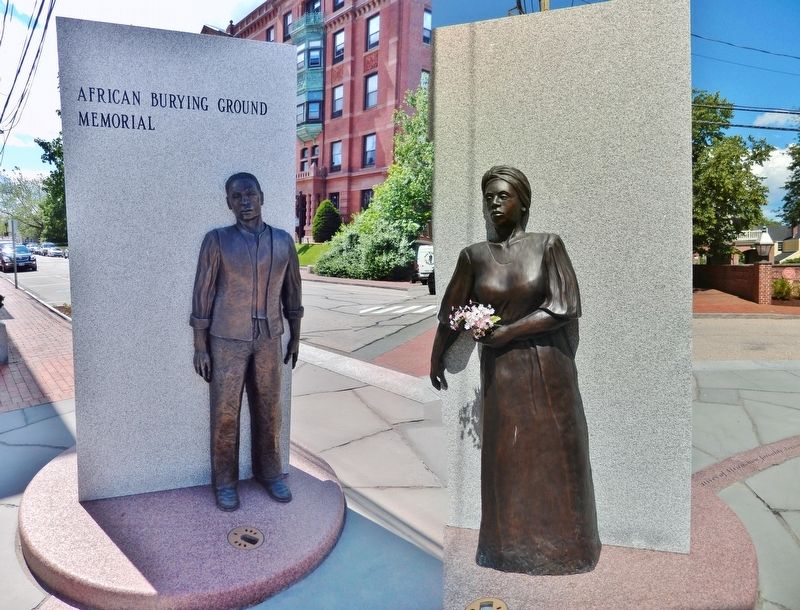