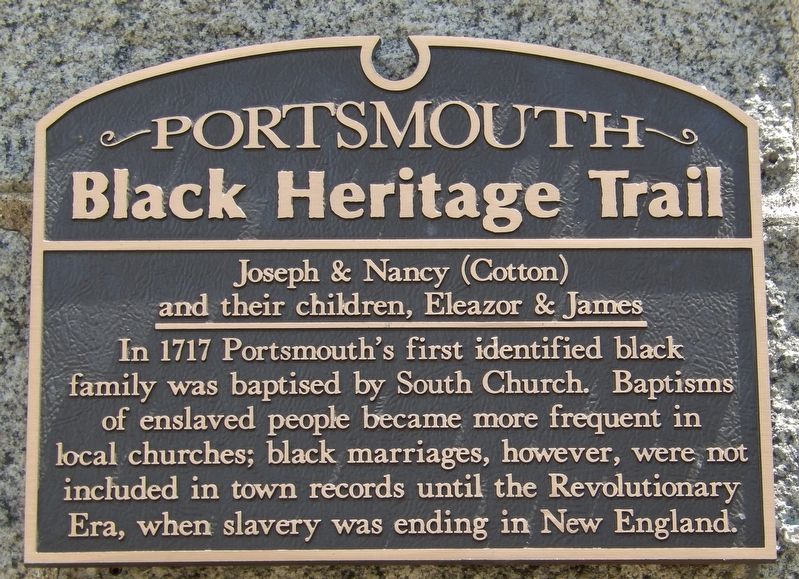 In 1717 Portsmouth's first identified black family was baptised by South Church. Baptisms of enslaved people became more frequent in local churches; black marriages, however, were not included in town records until the Revolutionary Era, when slavery was ending in New England.

Location. 43° 4.53′ N, 70° 45.465′ W. Marker is in Portsmouth, New Hampshire, in Rockingham County. Marker is at the intersection of State Street (U.S. 1) and Court Place, on the right when traveling north on State Street. Marker is mounted above eye level on the west side of the South Church Unitarian Universalist Church building, near the northwest corner. Touch for map. Marker is at or near this postal address: 292 State Street, Portsmouth NH 03801, United States of America. Touch for directions. 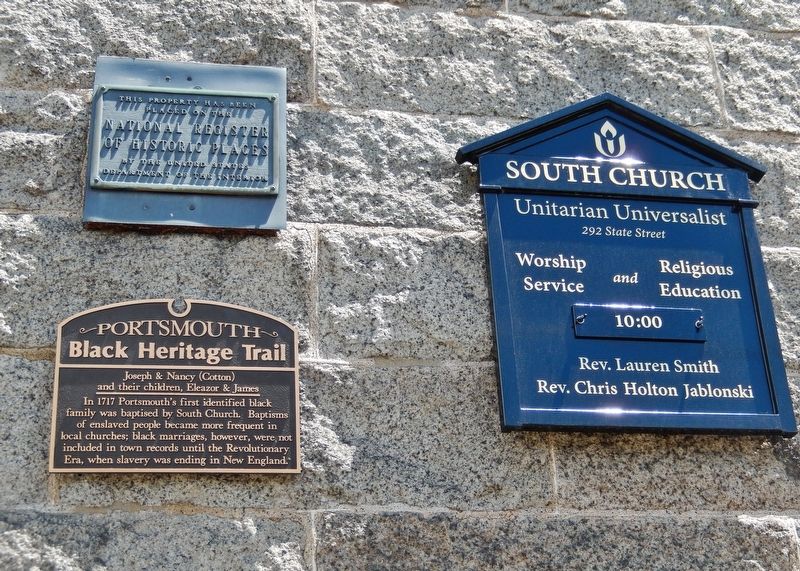 Related markers. Click here for a list of markers that are related to this marker. Portsmouth Black Heritage Trail

Also see . . .  Portsmouth Black Heritage Trail.
South Church’s Unitarian women are reputed to have been part of the pre-Civil War “Underground Railroad,” violating federal law by helping fugitive slaves out of the country. After the Civil War, they founded, funded and operated schools for newly freed black Americans in the South, in which as many as 100 students, ranging from infants to elderly, were instructed together. In the 20th century, South Church ministers have been guest preachers at Portsmouth’s black People’s Baptist Church, and among the organizers of the local civil rights movement. (Submitted on April 7, 2018, by Cosmos Mariner of Cape Canaveral, Florida.) 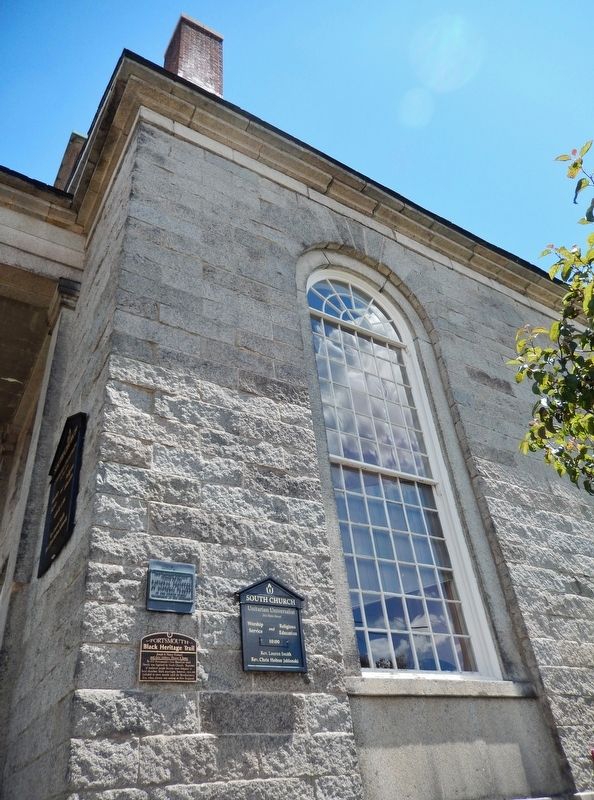 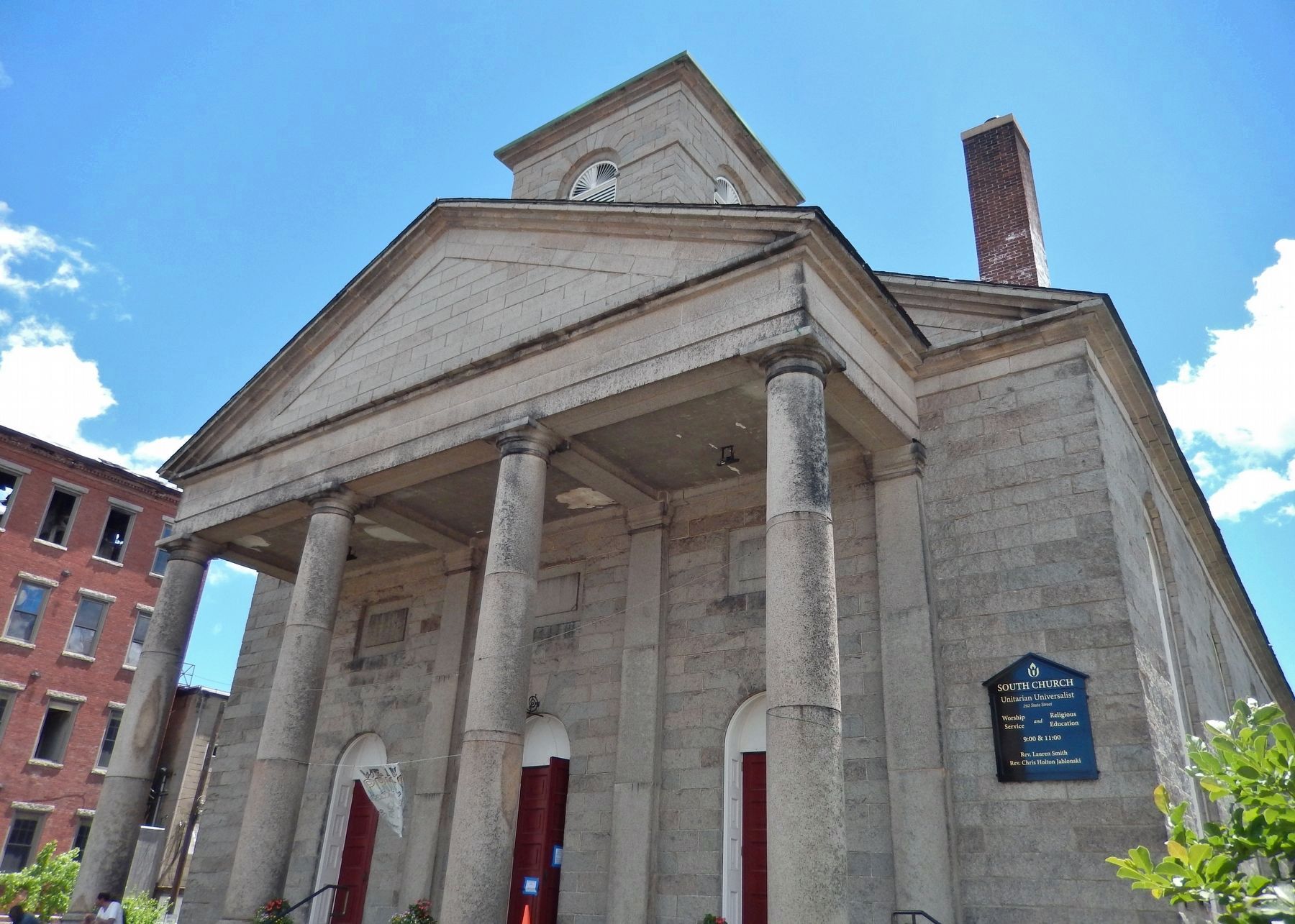