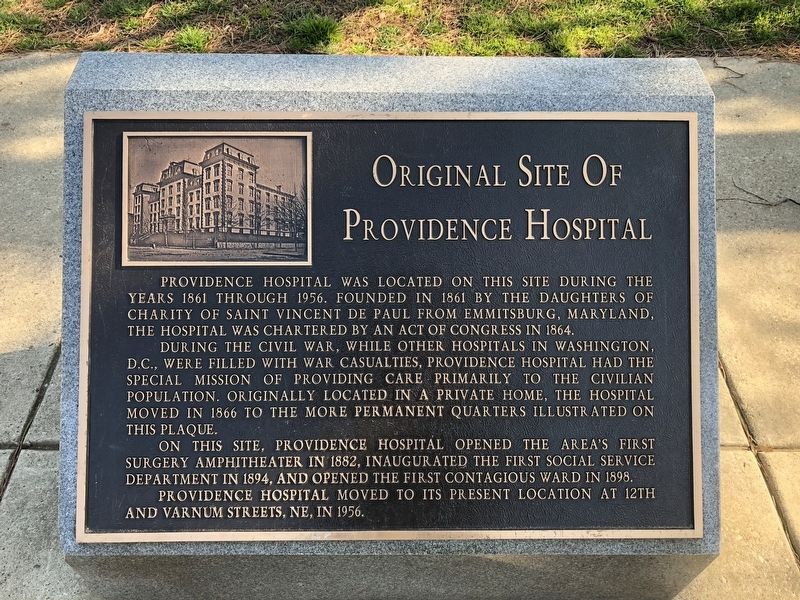 Providence Hospital was located on this site during the years 1861 through 1956. Founded in 1861 by the Daughters of Charity of Saint Vincent de Paul from Emmitsburg, Maryland. The Hospital was chartered by an Act of Congress in 1864.

During the Civil War, while other hospitals in Washington, D.C., were filled with war casualties, Providence Hospital had the special mission of providing care primarily to the civilian population. Originally located in a private home, the hospital moved in 1866 to the more permanent quarters illustrated on this plaque.

On this site, Providence Hospital opened the area's first surgery amphitheater in 1882, inaugurated the first social service department in 1894, and opened the first contagious ward in 1898.

Providence Hospital moved to its present location at 12th and Varnum Streets, NE, in 1956.

Topics. This historical marker is listed in these topic lists: Science & Medicine • War, US Civil. 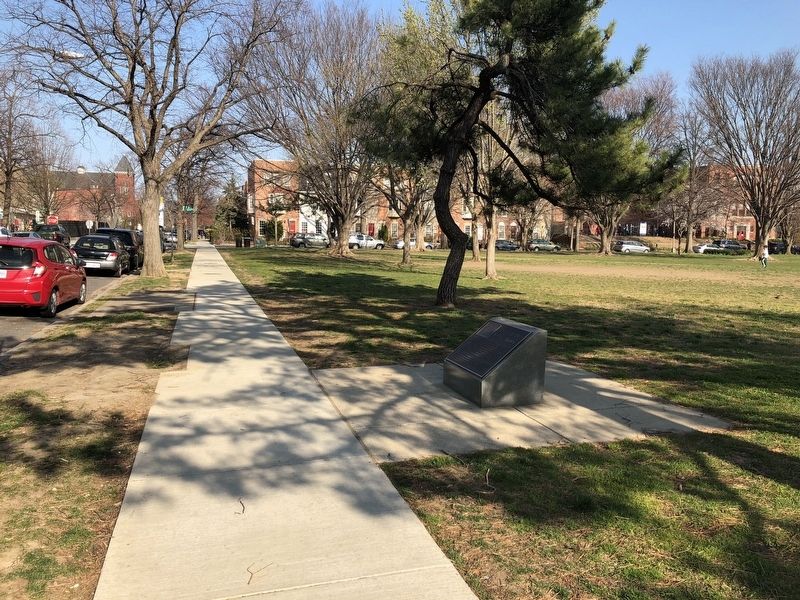