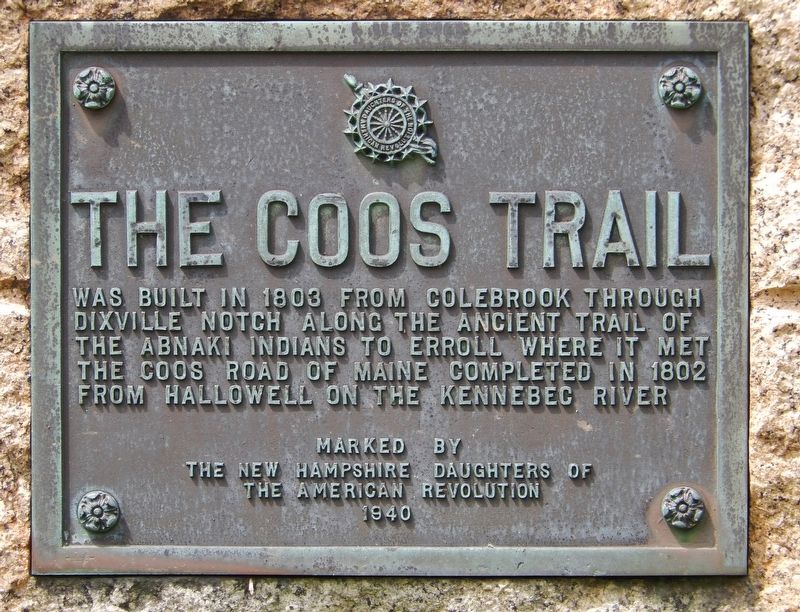 Marked by
The New Hampshire Daughters of
The American Revolution
1940

Erected 1940 by New Hampshire Daughters of the American Revolution.

Topics and series. This historical marker is listed in these topic lists: Native Americans • Roads & Vehicles. In addition, it is included in the Daughters of the American Revolution (DAR) series list. A significant historical year for this entry is 1803.

Location. 44° 53.615′ N, 71° 29.164′ W. Marker is in Colebrook, New Hampshire, in Coos County. Marker is on Mohawk Road (New Hampshire Route 26) 0.1 miles east of Abeneki Lane, on the right when traveling west. Marker is a metal plaque mounted on a large granite boulder. Marker is located a few yards north of the highway at this location. Touch for map. Marker is in this post office area: Colebrook NH 03576, United States of America. Touch for directions.

Other nearby markers. At least 8 other markers are within 7 miles of 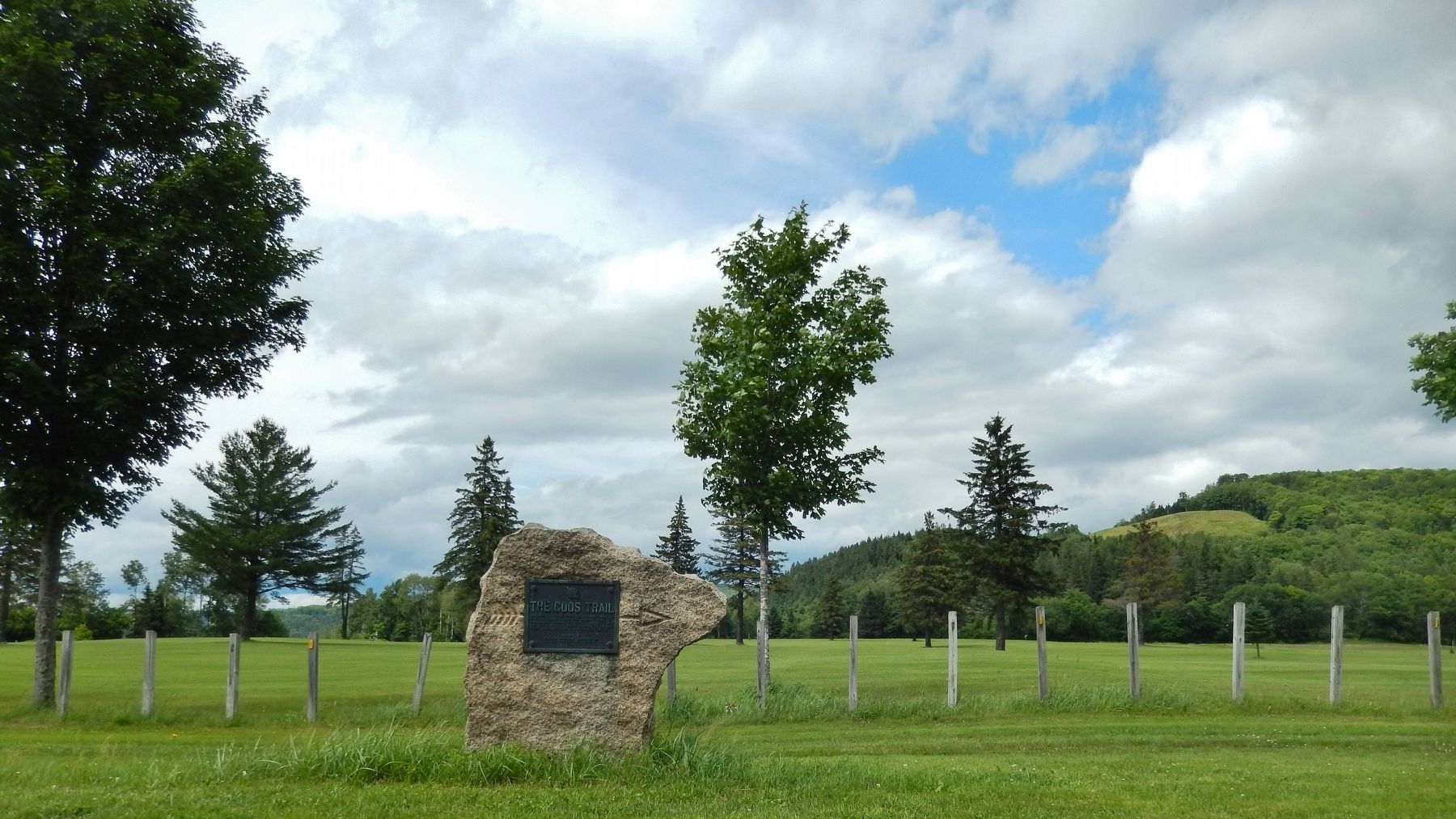 More about this marker. There are two misspellings on this marker: (1) the Indian tribe name is "Abenaki" not "Abnaki" and (2) "the trail goes to "Errol" not "Erroll".