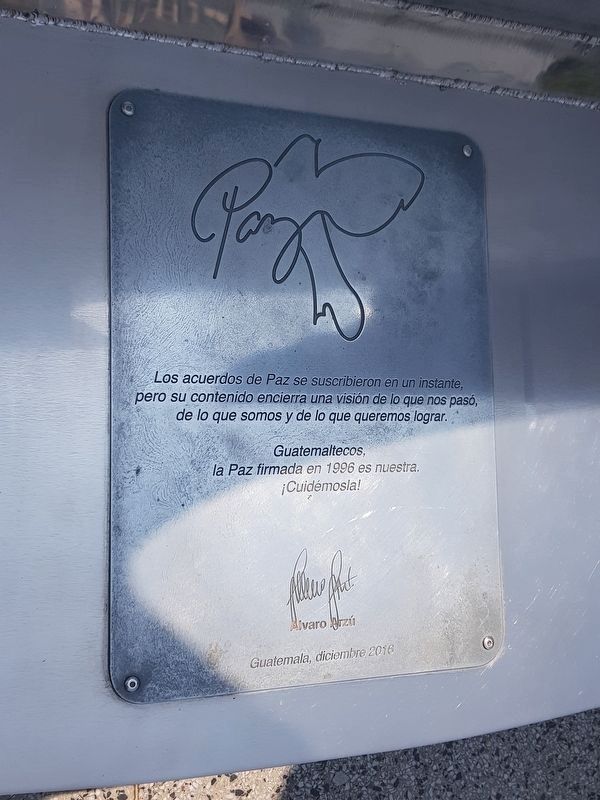 By J. Makali Bruton, March 20, 2018
1. The Guatemalan Peace Accords Marker
Inscription.
English translation:
The Peace Accords were signed in an instant, but their content contains a vision of what happened to us, what we are and what we want to achieve. Guatemalans, the peace signed in 1996 is ours, Let’s continue it! Álvaro Arzú Guatemala, December 2016. . This historical marker was erected in 2016. It is in Guatemala City in Municipality of Guatemala Guatemala