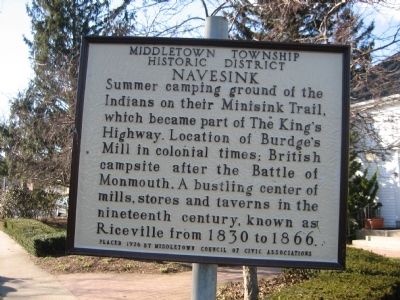 Middletown Township Historic District. Summer camping ground of the Indians on their Minisink Trail, which became part of the King’s Highway. Location of the Burge’s Mill in Colonial Times; British campsite after the Battle of Monmouth. A bustling center of mills, stores and taverns in the Nineteenth Century, known as Riceville from 1830 to 1866. 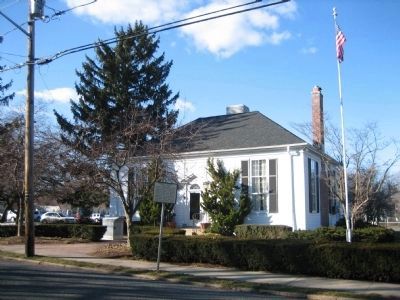