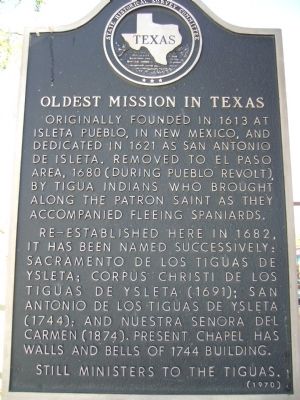 Originally founded in 1613 at Isleta Pueblo, in New Mexico, and dedicated in 1621 as San Antonio de Isleta. Removed to El Paso area, 1680 (during Pueblo Revolt), by Tigua Indians who brought along the Patron Saint as they accompanied fleeing Spaniards.

Still ministers to the Tiguas. 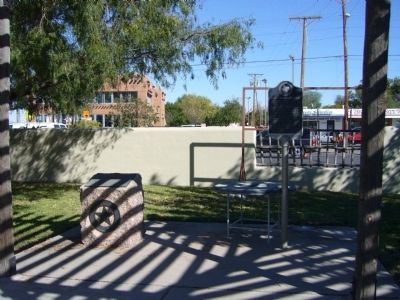 By Bill Kirchner, November 4, 2010
2. Oldest Mission in Texas Marker
corner of the Mission grounds. Touch for map. Marker is at or near this postal address: 131 South Zaragoza Road, El Paso TX 79907, United States of America. Touch for directions. 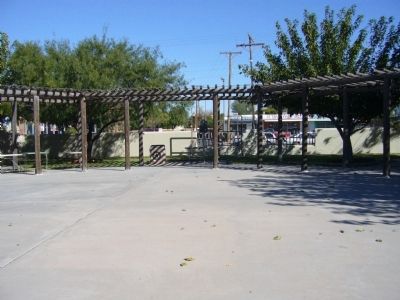 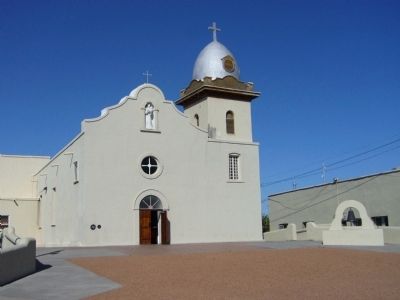