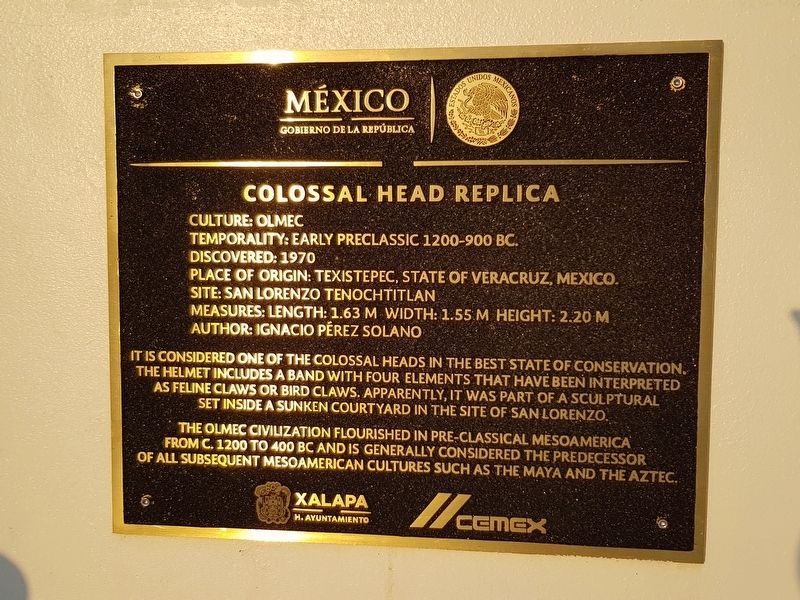 By J. Makali Bruton, May 23, 2018
1. Olmec Colossal Head Marker
Inscription.
From the people of Mexico to the people of Belize on the occasion of the XXXV Anniversary of friendship and cooperation ties Octubre/October 2017 . . This historical marker was erected in 2017 by Gobierno de la República de México, Honorable Ayuntamiento de Xalapa and CEMEX. It is in Belmopan Cayo Belize

It is considered one of the colossal heads in the best state of conservation. The helmet includes a band with four elements that have been interpreted as feline claws or bird claws. Apparently, it was part of a sculptural set inside a sunken courtyard in the site of San Lorenzo.

The Olmec civilization flourished in Pre-Classical Mesoamerica from c. 1200 to 400 BC and is generally considered the predecessor of all subsequent Mesoamerican cultures such as the Maya and the Aztec.