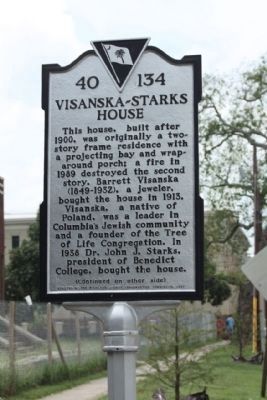 Photographed By Mike Stroud, August 29, 2010
1. Visanska-Starks House Marker
Inscription.
Visanska-Starks House. . (Front text) , This house, built after 1900, was originally a two-story frame residence with a projecting bay and wraparound porch; a fire in 1989 destroyed the second story. Barrett Visanska (1849-1932), a jeweler, bought the house in 1913. Visanska, a native of Poland, was a leader in Columbia’s Jewish community and a founder of the Tree of Life Congregation. In 1938 Dr. John J. Starks, president of Benedict College, bought the house., (Reverse text) , Dr. John Jacob Starks (1876-1944), the first black president of Benedict College, lived here from 1938 until his death. Starks was president of Seneca Institute 1899-1912; Morris College 1912-1930; and Benedict College 1930-1944. After World War II this house served as the nurses’ home for Good Samaritan-Waverly Hospital, created by merger in 1939. It was later a private residence once more. . This historical marker was erected in 2007 by Richland County Conservation Commission. It is in Columbia in Richland County South Carolina

(Front text)
This house, built after 1900, was originally a two-story frame residence with a projecting bay and wraparound porch; a fire in 1989 destroyed the second story. Barrett Visanska (1849-1932), a jeweler, bought the house in 1913. Visanska, a native of Poland, was a leader in Columbia’s Jewish community and a founder of the Tree of Life Congregation. In 1938 Dr. John J. Starks, president of Benedict College, bought the house.

(Reverse text)
Dr. John Jacob Starks (1876-1944), the first black president of Benedict College, lived here from 1938 until his death. Starks was president of Seneca Institute 1899-1912; Morris College 1912-1930; and Benedict College 1930-1944. After World War II this house served as the nurses’ home for Good Samaritan-Waverly Hospital, created by merger in 1939. It was later a private residence once more. 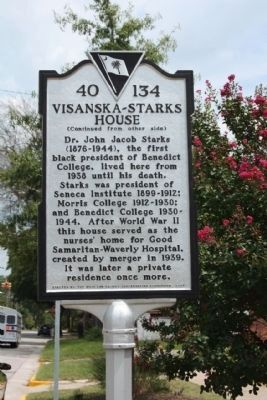 Click or scan to see
this page online
• Civil Rights • War, US Civil. In addition, it is included in the Historically Black Colleges and Universities series list. A significant historical year for this entry is 1900.

Location. 34° 0.633′ N, 81° 1.105′ W. Marker is in Columbia, South Carolina, in Richland County. Marker is on Hampton Street, on the right when traveling east. Located between Pine and Oak Streets. Touch for map. Marker is at or near this postal address: 2214 Hampton Street, Columbia SC 29204, United States of America. Touch for directions.

Regarding Visanska-Starks House. Visanska's children Daniel and Bertha, were classical musicians who studied under Czech composer Antonin Dvoøák. Violinist Daniel was chosen to be concertmaster for 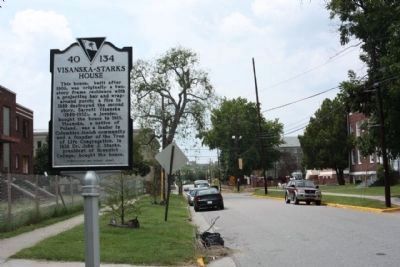 Related marker. Click here for another marker that is related to this marker. Daniel and Bertha Visanska, students of Dvorak and prominent international concert performers, lived in the Visanska Starks House;

Additional commentary.
1. Books of note
Books about the Visanskas:

Books about the Starks:

Lo These Many Years: An Autobiographical Sketch. J.J. Starks. The State, co. 1941. 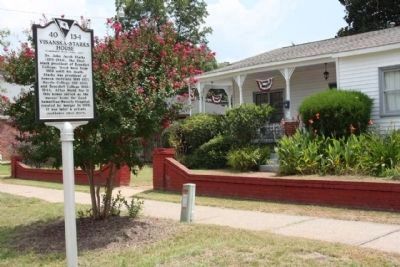 
• As Benedict College’s first Black president, Dr. Starks created an atmosphere for cooperation between Benedict and Allen University. Under his leadership, Benedict served as a legitimizing meeting space for efforts like the 1937 student organization of the NAACP in conjunction with the Anti-lynching law bill.


• Dr. J.J. Starks worked with Levi Byrd to facilitate the first state meeting of the South Carolina Conference of NAACP, held in the library of Benedict College on November 10, 1939, over the objections of Columbia NAACP leader James Hinton. Allowing the meeting to take place at Benedict College provided legitimacy to the fledgling organization.


• Starks’ Theological Seminary/Starks School of Theology at Benedict College was the seedbed for numerous individuals who participated in the Civil Rights movement in Columbia, and in social change. Including student activist David Carter, Rev. Dr. S.C. Cureton, Rev. H.H. Singleton, Rev. Roscoe C. Wilson, and others.


• Scholars connect these and other early efforts to the critical success of the South Carolina civil rights movement in the 1960’s and 70’s. 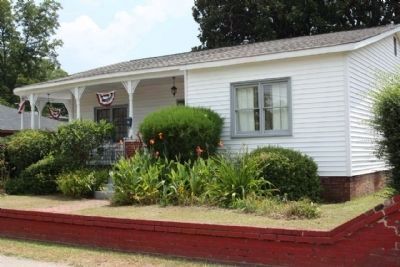 Photographed By Mike Stroud, August 29, 2010
5. Visanska-Starks House
Starks completed theological studies at Morehouse College in Atlanta, Georgia, obtaining a Doctorate in Divinity in 1909. He pastored in churches throughout South Carolina, and served for years as a member of the Executive Board of the State Baptist Convention.


• The current Good Samaritan building opened as a licensed hospital and nurse training facility in September of 1952, serving as a much needed medical facility as well as Columbia’s first purpose-built hospital for blacks. Once the new hospital opened, the Visanska-Starks House ended its purpose as the Nurse’s home, but was the residence of a nurse and her family for several decades.


• Barrett Visanska, a Polish native, was a founder of Tree of Life Congregation. A jeweler by trade, Visanska served as the Tree of Life’s first Vice President, and as president in 1902. Strong leaders of this Jewish institution would support activist Jewish 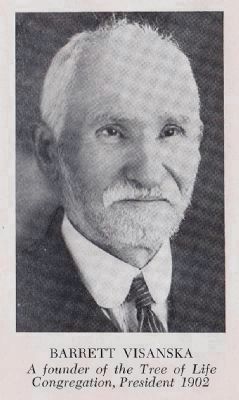 1902
6. Barrett Visanska
leaders, and contribute to the Civil Rights movement in Columbia.


• Rabbi Sidney Ballon was selected as Tree of Life’s second rabbi in 1939, the Tree of Life’s first resident rabbi since 1916. He served in that capacity until 1948, with absences due to WWII service. He saw that the Tree of Life congregation participated in efforts to battle racial and religious discrimination in Columbia: In 1944, Rabbi Ballon attended a civil rights meeting of the Southern Regional Council at Benedict College. In 1948, Rev. James Hinton, head of Columbia NAACP, was invited to speak at the Tree of Life Congregation. This fit the national context at the time, where the Central Conference of American Rabbis (CCAR) issued a comprehensive statement “Judaism and Race Relations” in 1946, as served as an ‘active voice for racial justice.


• Quieter, low-key support for civil rights was the tone over the next few decades, as many Jews in South Carolina, due to the wide reported comments on their vulnerability in Southern society by Jewish public official Senator Solomon Blatt, and bombings of synagogues in Atlanta, Charlotte, Jacksonville, Miami and other Southern cities, were urged to caution. In contrast, on the national scene, Seventy rabbis participated in the 1963 March on Washington with Dr. Martin Luther King, Jr. The Union of American Hebrew Congregations 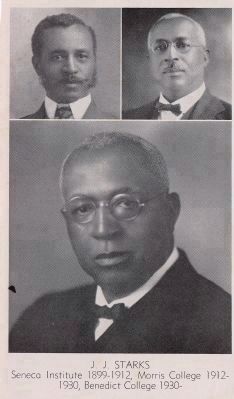 1899/1930
7. Dr. John J. Starks
(UAHC now known as the Union for Reform Judaism URJ) invited Dr. King to be the keynote speaker at the 1963 UAHC convention, over the protests of Mississippi Jewish leaders.


• In 1971, Tree of Life Congregation’s Rabbi Michael Oppenheimer returned the institution to public efforts in the battle for racial and religious discrimination in Columbia, picking up a banner that had been carried by Rabbi Ballon. Working with a private, monthly luncheon group of black and white city leaders, Rabbi Oppenheimer participated in quiet efforts that helped resolve racial tensions in Columbia in the early 1970s. He joined Jewish community leaders David Baker, and Senators Hyman S. Rubin and Isadore Lourie, in refusing to attend meetings at private clubs with discriminatory policies, leading to policy changes. In 1973, Oppenheimer was elected the group’s first non-Christian president. In this work Oppenheimer saw that the Tree of Life Congregation as institution supported the ongoing work of Senator Rubin , “a stalwart activist and leader in the civil rights movement who was at the forefront of racial and religious integration in the 1960's. Rubin was a founder of the Columbia Community Relations Council and the Luncheon Club of Columbia. His work also supported the ongoing work of Senator Isadore Lourie, “a SC State House Senator from 1964 to 1992, who ‘forced the state 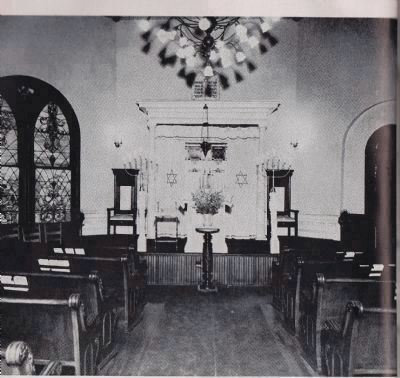 1906
8. Original Tree of Life Congregation interior
forward on civil rights when it preferred not to move’, authorizing legislation on public housing and affirmative action. Note To Editor only visible by Contributor and editor
— Submitted February 17, 2013, by C.F. Bruce of Columbia, South Carolina.
3.
Additional Books


Winfred B. Moore Jr. and Orville Vernon Burton, eds. Toward the meeting of the Waters: Currents in the Civil Rights movement of South Carolina during the twentieth century. USC Press 2008.

James C. Gibbes, Mayor of Columbia from May 1865-1866. Gibbes handled the City's transition at the end of the civil war.


John Peyre Thomas was an officer, and superintendent of Arsenal Academy during the Civil War, and Bursar, professor of Belles letters. The Arsenal Academy was predecessor to the Citadel. 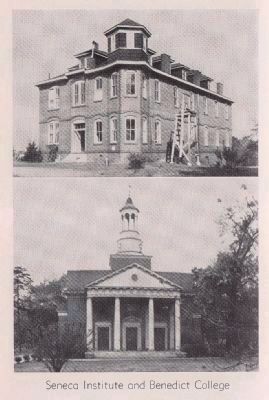 
Financier Colonel Lysander D. Childs is referred to numerous times in Mary Chesnut's 'Diary of the Civil War" in his efforts to protect and intervene on behalf of starving Columbians 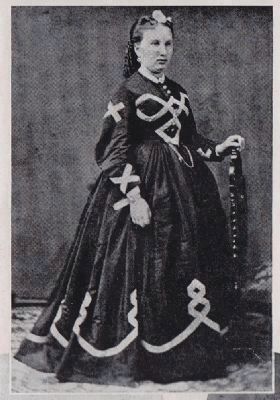 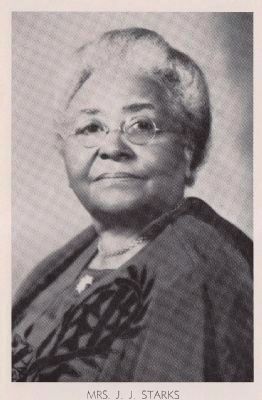 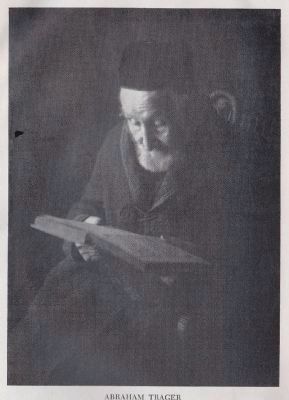