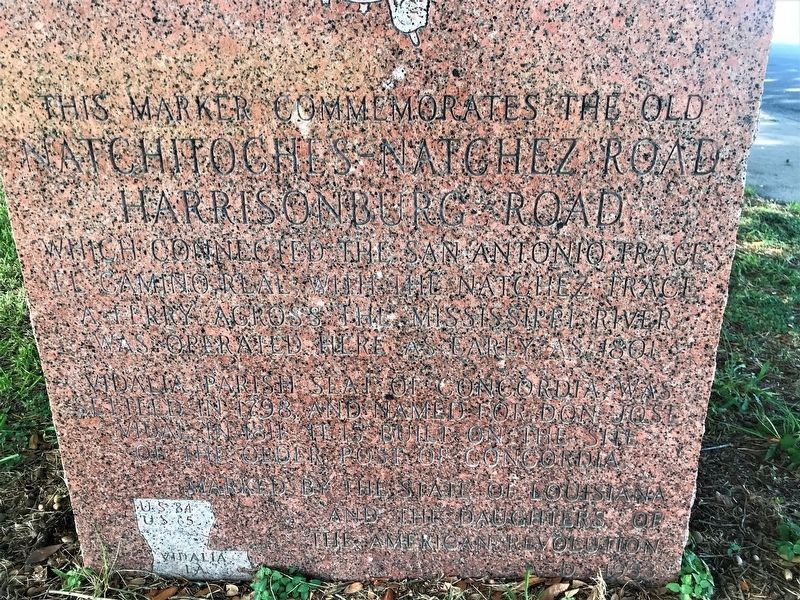 This marker commemorates the old
Natchitoches - Natchez Road
Harrisonburg Road
Which connected the San Antonio Trace El Camino Real, with the Natchez Trace. A ferry across the Mississippi River was operated here as early as 1801.
Vidalia, Parish seat of Concordia, was settled in 1798, and named for Don José Vidal in 1811. It is built on the site of the older Post of Concordia.

Marked by the State of Louisiana and Daughters of the American Revolution A.D. 1953.

Erected 1953 by State of Louisiana and Daughters of the American Revolution.

Topics and series. This historical marker is listed in these topic lists: Colonial Era • Roads & Vehicles • Settlements & Settlers. In addition, it is included in the Daughters of the American Revolution (DAR) series list. 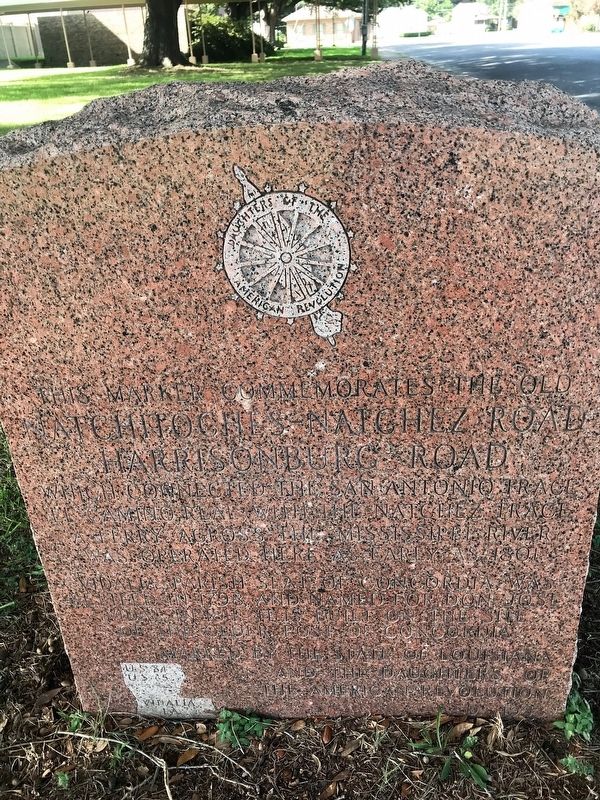 Click or scan to see
this page online
Street. Touch for map. Marker is at or near this postal address: 405 Carter Street, Vidalia LA 71373, United States of America. Touch for directions.

More about this marker. Located on the Concordia Parish Courthouse grounds