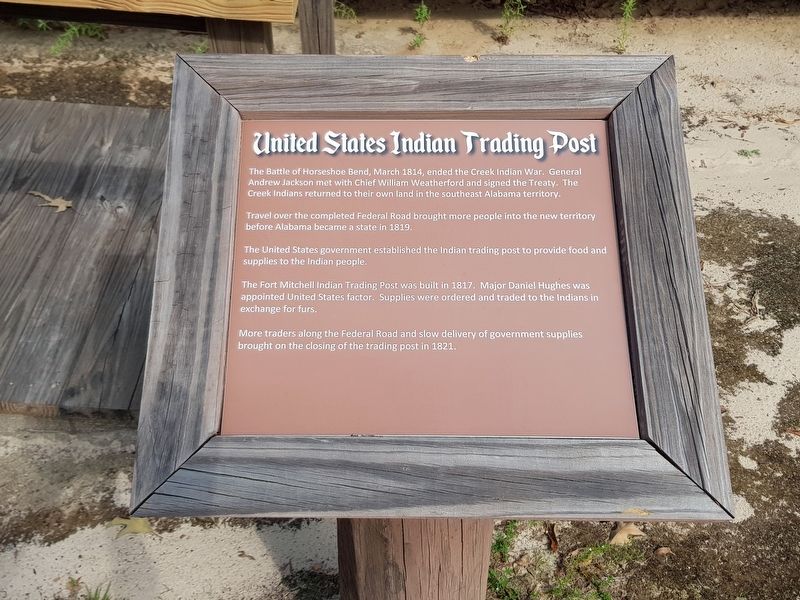 Travel over the completed Federal Road brought more people into the new territory before Alabama became a state in 1819.

The United States government established the Indian trading post to provide food and supplies to the Indian people.

The Fort Mitchell Indian Trading Post was built in 1817. Major Daniel Hughes was appointed United States factor. Supplies were ordered and traded to the Indians in exchange for furs.

More traders along the Federal Road and slow delivery of government supplies brought on the closing of the trading post in 1821.

Topics and series. This historical marker is listed in these topic lists: Industry & Commerce • Native Americans • Wars, US Indian. In addition, it is included in the Former U.S. Presidents: #07 Andrew Jackson series list. A significant historical month for this entry is March 1814. 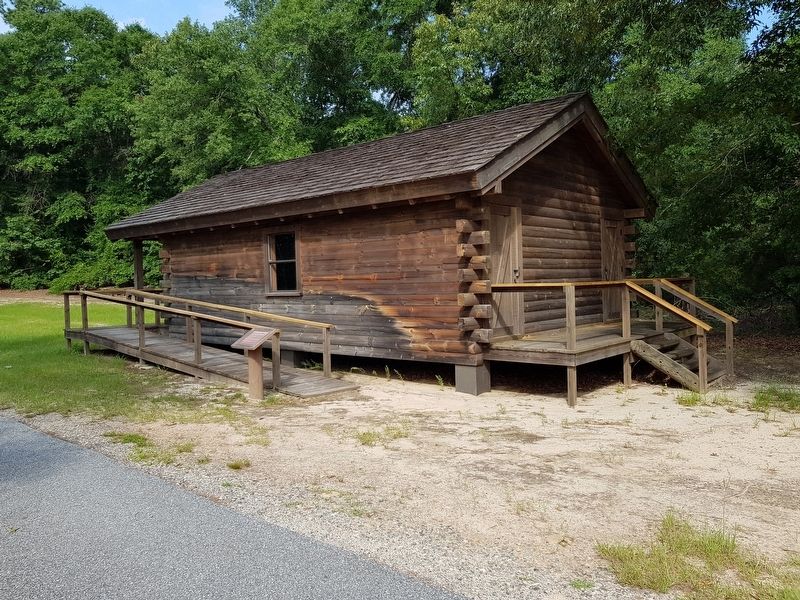 Click or scan to see
this page online
32° 20.782′ N, 85° 1.039′ W. Marker is in Fort Mitchell, Alabama, in Russell County. Marker is on Unnamed road, 0.2 miles east of Alabama Route 165, on the left when traveling east. The marker is near the replica of a United States Indian Trading Post at the Fort Mitchell National Historic Landmark. The entrance to the landmark is just south of James Cantey Boulevard from Alabama State Highway 165. Touch for map. Marker is in this post office area: Fort Mitchell AL 36856, United States of America. Touch for directions.