By Cosmos Mariner, July 11, 2018
1. "Work Call" Marker
Inscription.
"Work Call". .
This memorial dedicated to the young men of the Civilian Conservation Corps 1933-1942 Made possible by a grant from ”Sarge” Melvin B. Hermanson 2008. . This historical marker was erected in 2008. It is in Hill City in Pennington County South Dakota

Made possible by a grant from
”Sarge”
Melvin B. Hermanson
2008

Other nearby markers. At least 8 other markers are within 6 miles of this marker, measured as the crow flies. The Black Hills Central Railroad (approx. 0.7 miles away); Von Woehrman Building (approx. 0.9 miles away); Hill City 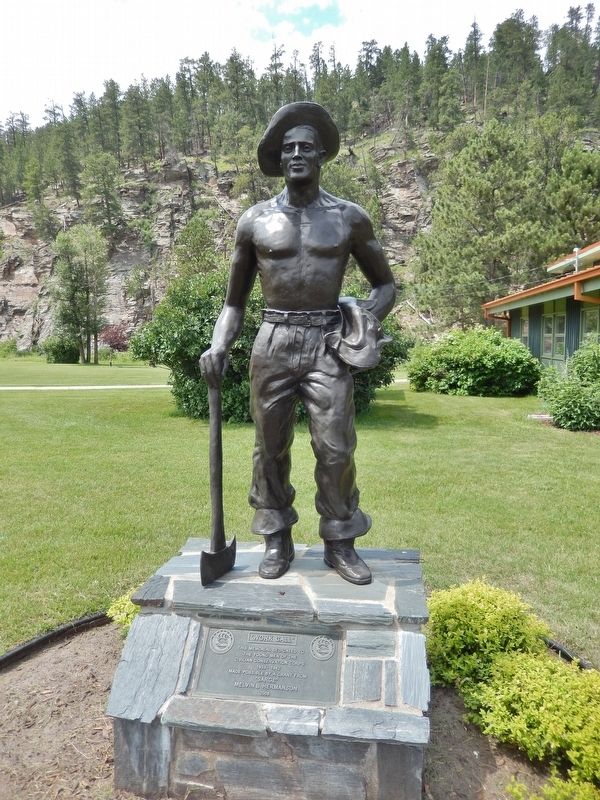 Also see . . .
1. Civilian Conservation Corps (CCC). In his first 100 days in office, President Roosevelt approved several measures as part of his "New Deal," including the Emergency Conservation Work Act (ECW), better known as the Civilian Conservation Corps (CCC). With that action, he brought together the nation's young men and the land in an effort to save them both. Roosevelt proposed to recruit thousands of unemployed young men, enlist them in a peacetime army, and send them to battle the erosion and destruction of the nation's natural resources. More than any other New Deal agency, the CCC is considered to be an extension of Roosevelt's personal philosophy. (Submitted on July 15, 2018, by Cosmos Mariner of Cape Canaveral, Florida.)

2. The Official CCC Museum of South Dakota. The CCC Museum 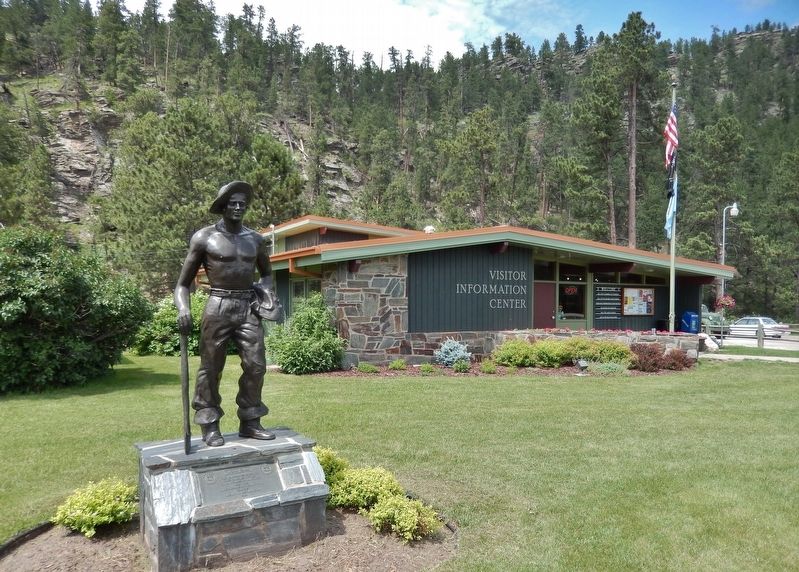