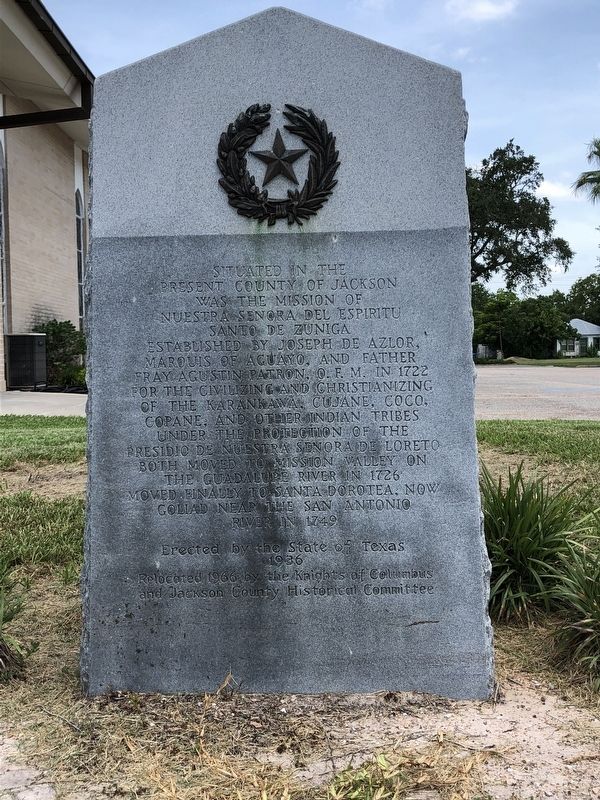 Situated in the present county of Jackson was the mission of Nuestra Señora del Espiritu Santo de Zuñiga. Established by Joseph de Azlor, Marquis of Aguayo, and Father Fray Agustin Patron, O.F.M. in 1722 for the civilizing and Christianizing of the Karankawa, Cujane, Coco, Copane, and other Indian tribes under the protection of the Presidio de Nuestra Señora de Loreto. Both moved to Mission Valley on the Guadalupe River in 1726. Moved finally to Santa Dorotea, now Goliad near the San Antonio River in 1749.

Topics and series. This historical marker is listed in these topic lists: Churches & Religion • Colonial Era • Native Americans. In addition, it is included in the Texas 1936 Centennial Markers and Monuments series list. A significant historical year for this entry is 1722. 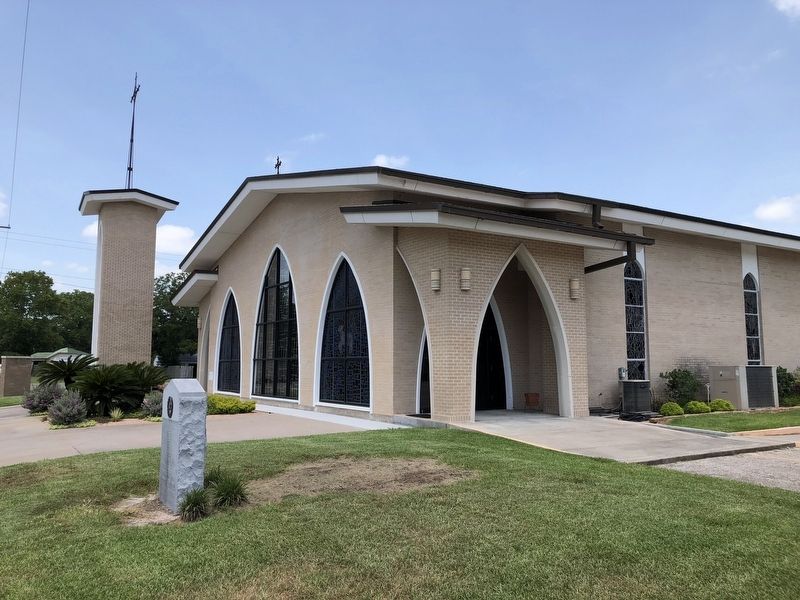 Click or scan to see
this page online
west on Cedar Street. Marker is located in front of St. Agnes Catholic Church. Touch for map. Marker is at or near this postal address: 506 North Allen Street, Edna TX 77957, United States of America. Touch for directions.

More about this marker. Relocated 1966 by the Knights of Columbus and Jackson County Historical Committee.