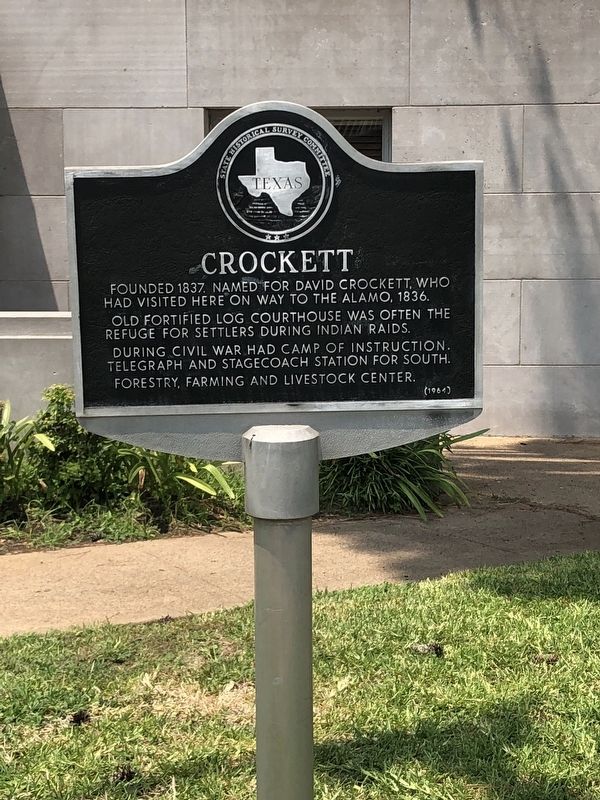 Old fortified log courthouse was often the refuge for settlers during Indian raids.

During Civil War had camp of instruction. Telegraph and stagecoach station for South.

Forestry, farming and livestock center. . This historical marker was erected in 1964 by State Historical Survey Committee. It is in Crockett in Houston County Texas

Old fortified log courthouse was often the refuge for settlers during Indian raids.

During Civil War had camp of instruction. Telegraph and stagecoach station for South.

Topics. This historical marker is listed in these topic lists: Settlements & Settlers • War, US Civil • Wars, US Indian. A significant historical year for this entry is 1837. 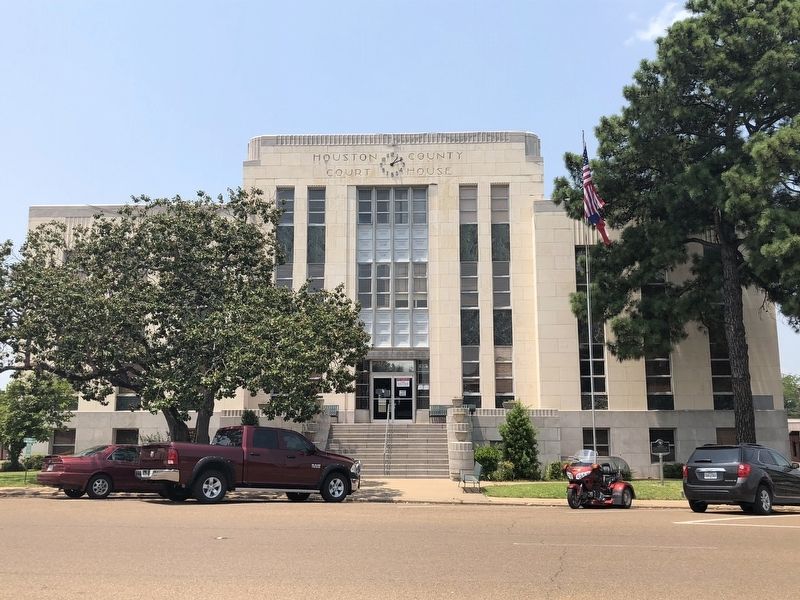 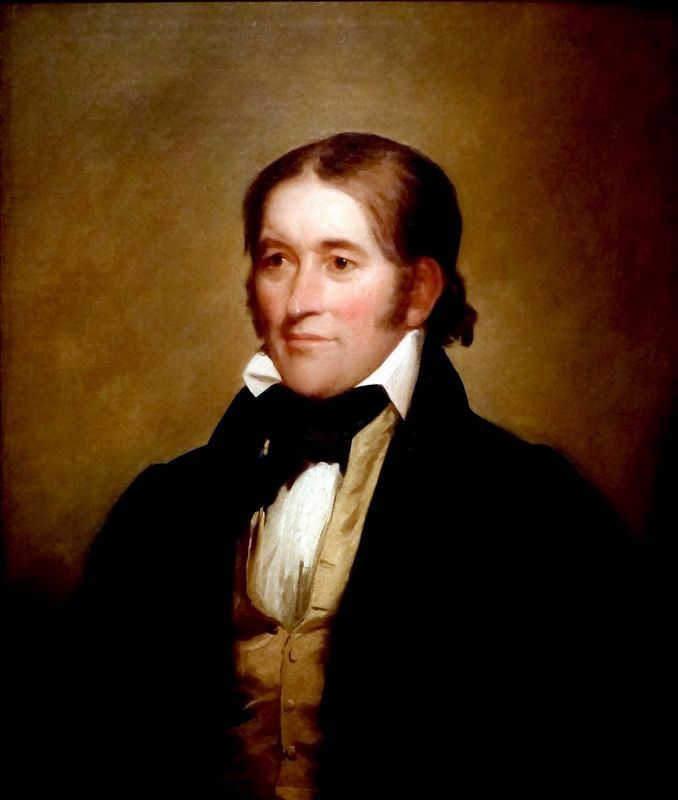 “Davy Crockett, the famous frontiersman from Tennessee, was serving in the United States House of Representatives in 1834 when he went on a speaking tour of eastern cities that was designed to promote the interests of the anti-Jacksonian Whig Party. During his stay in Boston, he sat for his portrait to Chester Harding, then the city's most popular portrait painter. The image agrees with a contemporary description: ‘Colonel Crockett is an uncommonly fine looking man. His face has an exceedingly amiable expression and his features are prominent and striking. He wears his hair which is black, (with a light shade of brown) parted down the centre of his forehead, combed back from his temples, and ending in a slight curl at the neck not unlike the simple manner of many of the clergy.’ Less than two years later, in 1836, Crockett met his untimely death during the war for Texas's independence from Mexico, at the Battle of the Alamo.” — National Portrait Gallery
Credits. This page was last revised on November 25, 2020. It was originally submitted on August 1, 2018, by Brian Anderson of Kingwood, Texas. This page has been viewed 121 times since then and 5 times this year. Photos:   1, 2. submitted on August 4, 2018, by Brian Anderson of Kingwood, Texas.   3. submitted on August 4, 2018, by Allen C. Browne of Silver Spring, Maryland. • Andrew Ruppenstein was the editor who published this page.
Share This Page.