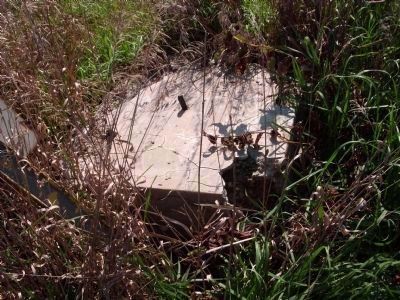 By Al Wolf, October 4, 2008
1. Lincoln - Sangamon and Menard County Line Marker Location
There is nothing left of this Marker but this concrete slab and metal rod. The plates on this base were last seen in July of 2002, but have been missing for several years now.
Inscription.
Abraham Lincoln - Eighth Judicial District. Sangamon, also, Menard Counties.
Abraham Lincoln. traveled this way as he rode the Circuit of the Eighth Judicial District
1847 - 1859. . This historical marker was erected in 1922 by the Lincoln Circuit Marking Association and the Daughters of the American Revolution. It is in Van Wood in Sangamon County Illinois

Topics and series. This historical marker is listed in these topic lists: Government & Politics • Roads & Vehicles. In addition, it is included in the Daughters of the American Revolution, and the Former U.S. Presidents: #16 Abraham Lincoln series lists.

Location. Marker is missing. It was located near 39° 58.549′ N, 89° 36.795′ W. Marker was in Van Wood, Illinois, in Sangamon County. Marker was on West Logan County Line Road near Onstant Road (County Highway 2 ¼E). Touch for map. Marker was in this post office area: Williamsville IL 62693, United States of America. Touch for directions.

Other nearby markers. At least 8 other markers are within 8 miles of this location, measured as the crow flies. When the Wagons Rolled (approx. 3.6 miles away); The Golden Years (approx. 3.7 miles away); Abraham Lincoln, Deputy Surveyor, Sangamon County, Illinois 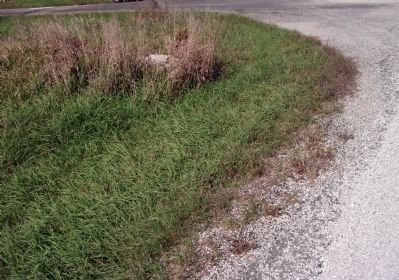 Related markers. Click here for a list of markers that are related to this marker. All the County Line Markers, in order of Lincoln's travels through them along the Circuit of the Eighth Judicial District, 1847 - 1857

Also see . . .
1. The Real Lincoln Highway: The Forgotten Lincoln Circuit Markers by Guy C. Fraker. Is the “leading authority" on Abraham Lincoln's trail as he and his fellow lawyers worked on the Illinois Eighth Judicial District of 1847 - 1859. See Map and History of the special Marker Series written by Guy Fraker. Over more than four hundred miles of Illinois were traveled by Lincoln and his fellow Lawyers per journey around the Circuit by horse and buggy. For students and 'they that seek' a better understanding of life in the 1860's - - this is indeed a Historical trip through the heart-land of America on the roads of Illinois. (Submitted on October 7, 2008, by Al Wolf of Veedersburg, Indiana.)

2. All the County-Seat Markers. . . in order of Lincoln's travels through 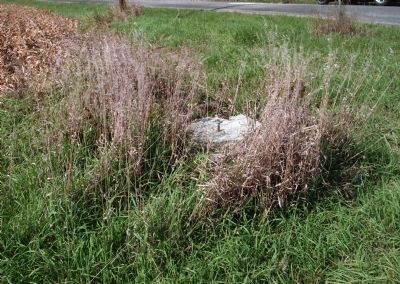 3. Travel with Lincoln. Climb into Lincoln’s buggy and take a trip with Lincoln and his fellow lawyers on the job traveling Illinois as Circuit Lawyers. See all the Lincoln Circuit Markers (and a surprise or two), in the order of his travels while a member of the Circuit of the Eighth Judicial District (of Illinois) during 1847-1857. Use the “First >>” button in the upper right to see these markers in sequence, starting from Springfield. (Submitted on October 17, 2008, by Al Wolf of Veedersburg, Indiana.) 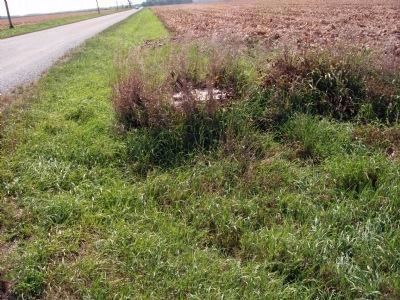 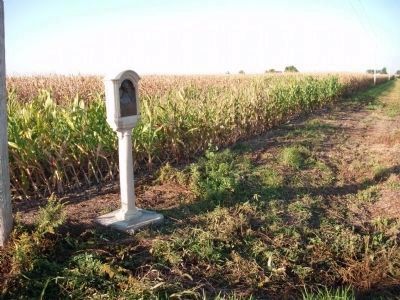 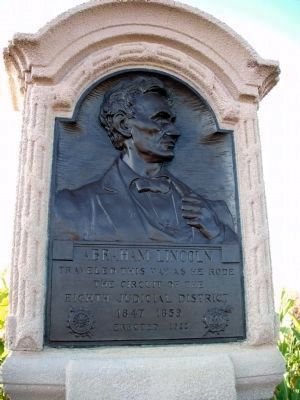