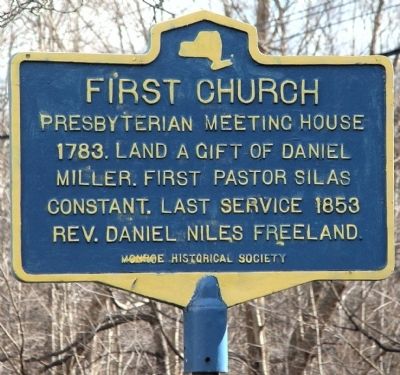 Topics and series. This historical marker is listed in these topic lists: Cemeteries & Burial Sites • Churches & Religion • Colonial Era. In addition, it is included in the American Presbyterian and Reformed Historic Sites series list. A significant historical year for this entry is 1783. 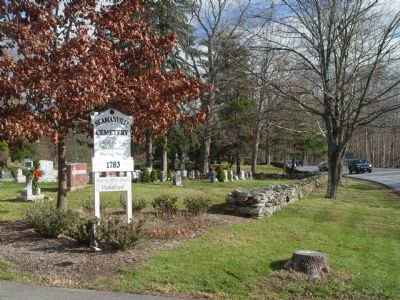 The cemetery was the site of the first Presbyterian service in Monroe, held under a tree by Rev. Silas Constant in 1783. A meeting house was constructed on the site in the same year. The original building featured square pews, a gallery, and an octagonal pulpit. Members of the First Presbyterian Church of Monroe worshiped in the frame structure until 1853, when a new church was built at another location. 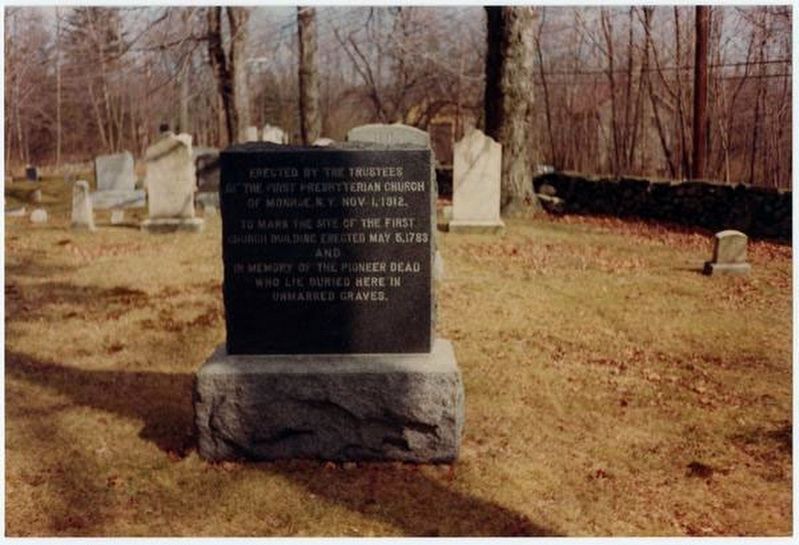 Erected by the Trustees
of the First Presbyterian Church
of Monroe N.Y. Nov 1, 1912

To Mark the Site of the First
Church Building Erected May 5, 1783
and
In Memory of the Pioneer Dead
Who Lie Buried Here in
Unmarked Graves. 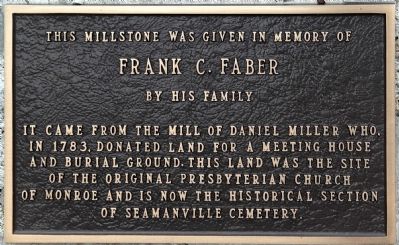 Photographed By Clifton Patrick, November 28, 2009
4. Millstone
This millstone was given in Memory of Frank C. Faber by his Family It came from the mill of Daniel Miller who, in 1783, danated land for a meeting house and burial ground. This land was the site of the original Presbyterian Church of Monroe and is now the Historical Section of Seamanville Cemetery. 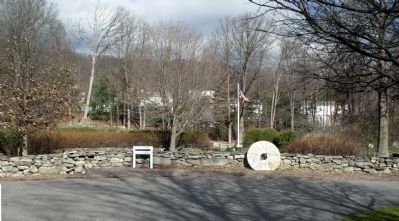