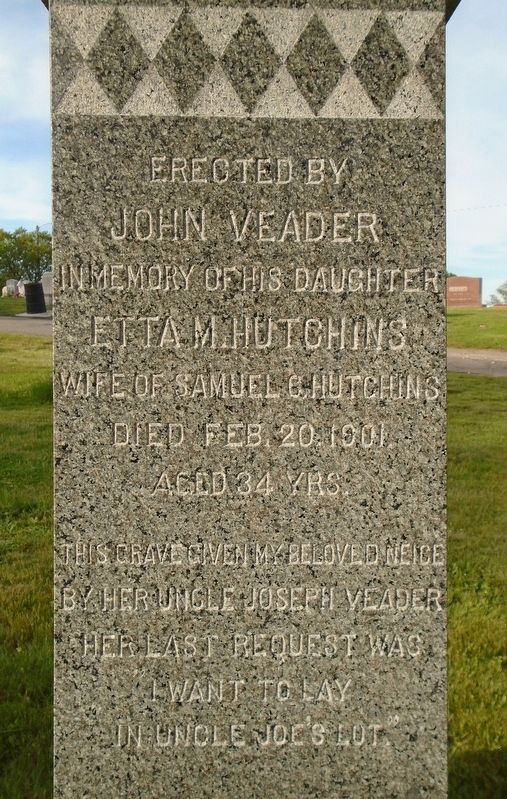 Her last request was "I want to lay in Uncle Joe's lot.". . This historical marker was erected by John Veader. It is in Quincy in Norfolk County Massachusetts

Her last request was
"I want to lay
in Uncle Joe's lot."

Location. 42° 15.494′ N, 70° 59.775′ W. Marker is in Quincy, Massachusetts, in Norfolk County. Marker can be reached from Magnolia Avenue west of Cypress Avenue, on the right when traveling west. Touch for map. Marker is at or near this postal address: 20 Sea Street (Mount Wollaston Cemetery), Quincy MA 02169, United States of America. Touch for directions. 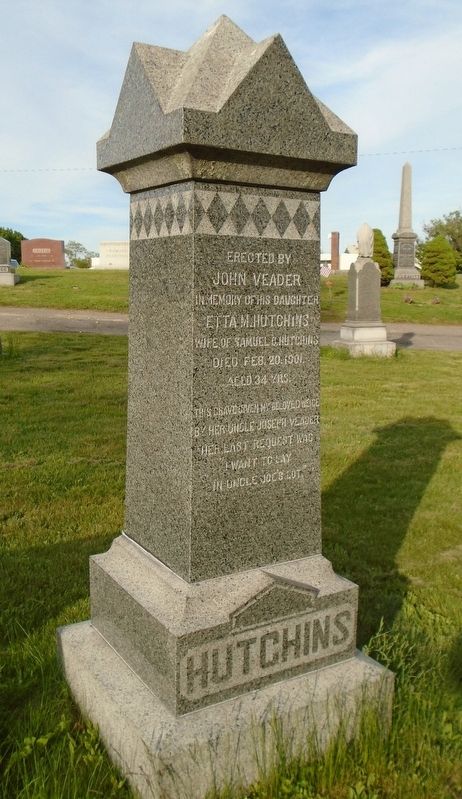 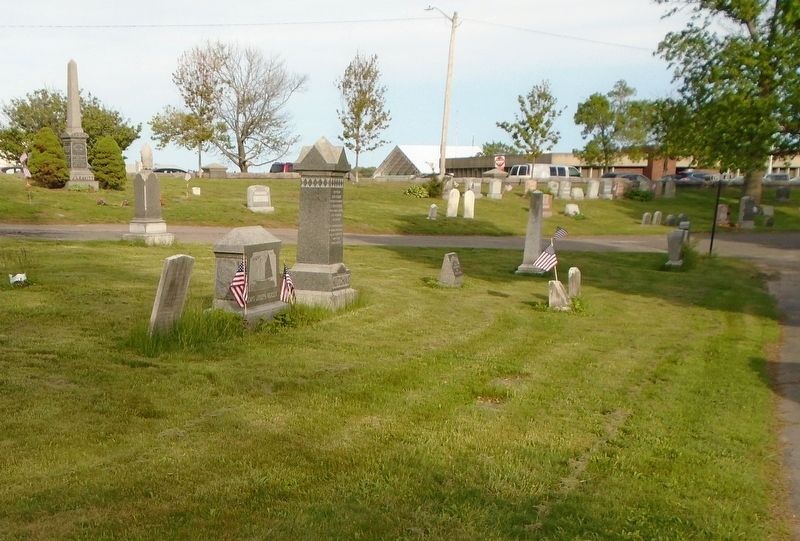