Jail of the Inquisition 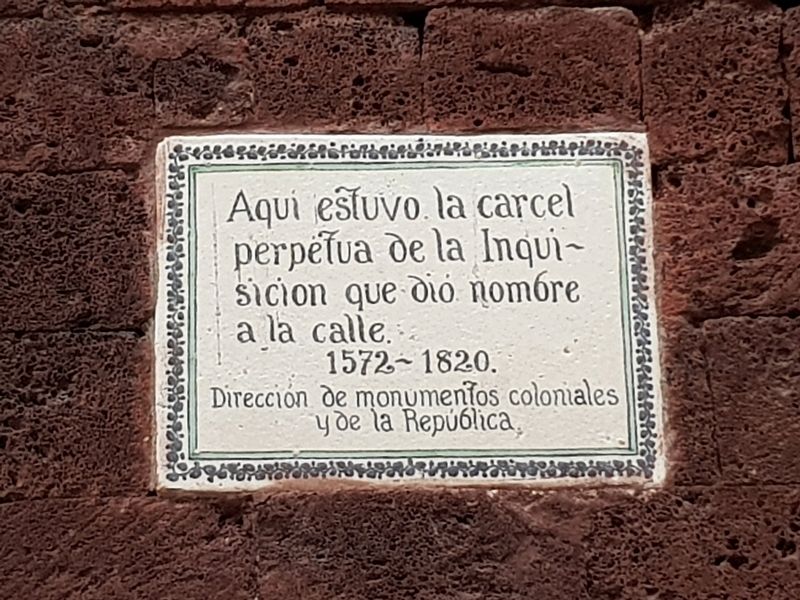 By J. Makali Bruton, August 18, 2018
1. Jail of the Inquisition Marker
Inscription.
English translation: . Here was the permanent jail of the Inquisition, which gave its name to this street. . 1572-1820. . Office of Monuments of the Colony and the Republic . This historical marker was erected by Dirección de Monumentos Coloniales y de la República. It is in Ciudad de Mexico Mexico