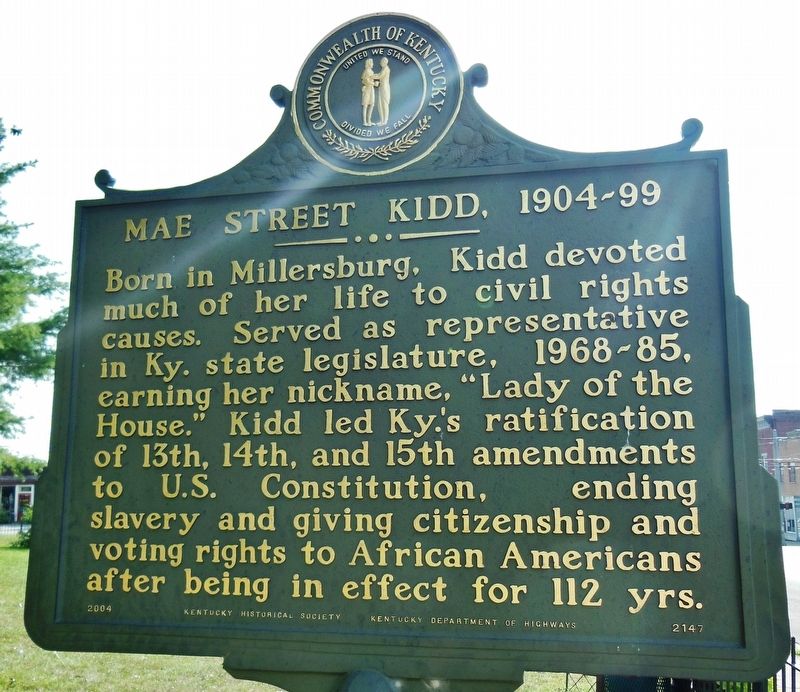 Born in Millersburg, Kidd devoted much of her life to civil rights causes. Served as representative in Ky. state legislature, 1968-85, earning her nickname, “Lady of the House.” Kidd led Ky.'s ratification of 13th, 14th, and 15th amendments to U.S. Constitution, ending slavery and giving citizenship and voting rights to African Americans after being in effect for 112 yrs.

Topics and series. This historical marker is listed in these topic lists: African Americans • Civil Rights 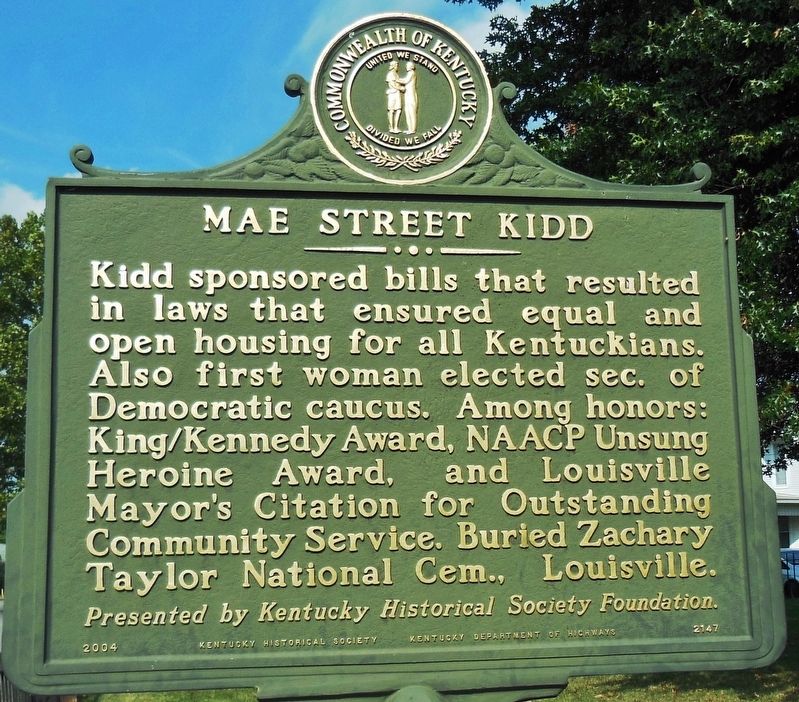 Click or scan to see
this page online
• Women. In addition, it is included in the Kentucky Historical Society series list.

Location. 38° 18.038′ N, 84° 8.915′ W. Marker is in Millersburg, Kentucky, in Bourbon County. Marker is on Main Street north of East 5th Street, on the right when traveling north. Marker is located near the sidewalk, near the center of the block, in the small city park located between 5th and 6th streets on the east side of Main Street. Touch for map. Marker is in this post office area: Millersburg KY 40348, United States of America. Touch for directions.

Also see . . .
1. Mae Street Kidd (1904-99). Kidd was born during what many historians refer to as the “nadir of race relations” in the United States. She was born in Millersburg 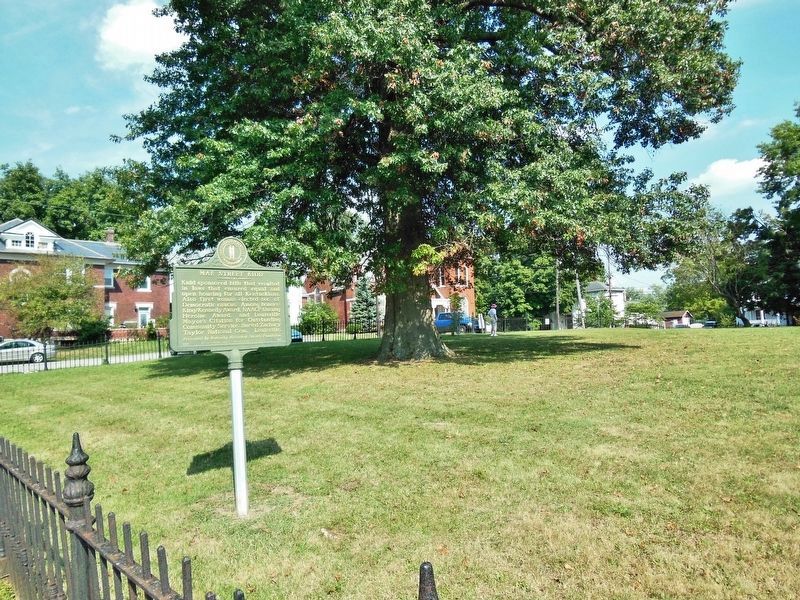 Photographed By Cosmos Mariner, September 7, 2013
3. Mae Street Kidd Marker (wide view from Main Street)
the same year (1904) that the Day Law passed, which legally segregated Kentucky’s educational facilities, whether public or private. Her father was white and her mother was of mixed race. (Submitted on September 24, 2018, by Cosmos Mariner of Cape Canaveral, Florida.)