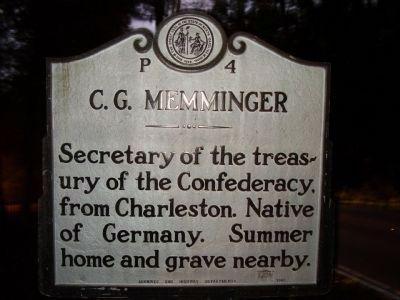 Photographed By Stanley and Terrie Howard, October 11, 2008
1. C.G. Memminger Marker
Inscription.
C.G. Memminger. . Secretary of the treasury of the Confederacy. from Charleston. Native of Germany. Summer home and grave nearby. . This historical marker was erected in 1963 by Archives and Highway Departments. It is in Flat Rock in Henderson County North Carolina

Secretary of the treasury of the Confederacy. from Charleston. Native of Germany. Summer home and grave nearby.

Topics and series. This historical marker is listed in these topic lists: Cemeteries & Burial Sites • War, US Civil. In addition, it is included in the North Carolina Division of Archives and History series list. 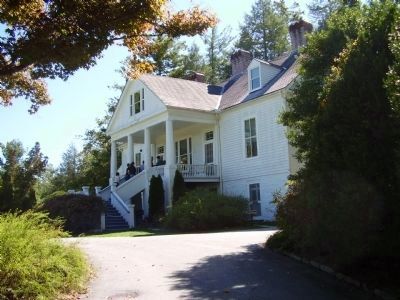 Regarding C.G. Memminger. Memminger was born in Nayhingen, Germany (in what was then the Kingdom of Württemberg). His father, Gottfried Memminger, was a military officer who died in combat a month after his son's birth. His mother, Eberhardina Kohler Memminger, immigrated to Charleston, South Carolina, in the United States but died of yellow fever in 1807. Christopher was placed in an orphanage.

Memminger's fortunes changed when, at the age of eleven, he was taken under the care of Thomas Bennett, a prominent lawyer and future Governor. Memminger was quite intelligent and entered South Carolina College at the age of 12 and graduating second in his class at 16. Memminger passed the bar in 1825 and became a successful lawyer. He married Mary Wilkinson in 1832. He entered state politics and served in the South Carolina state legislature from 1836 to 1852 and 1854 to 1860. Memminger was a staunch advocate of education and helped give Charleston one of the most comprehensive public school systems in the country. 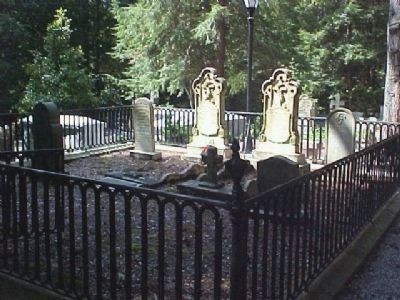 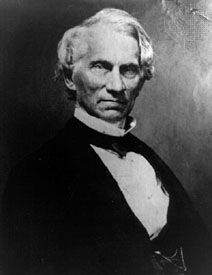