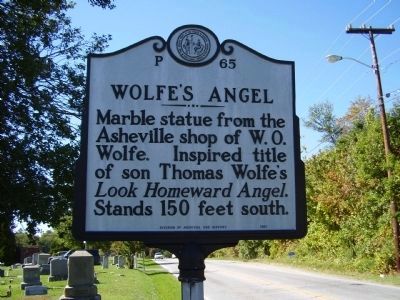 Erected 1987 by Division of Archives and History. (Marker Number P-65.) 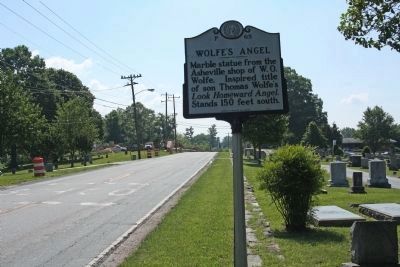 Additional commentary.
1.
In August 1929 Scribner’s published “An Angel on the Porch,” the “first work of a new writer about whom much will be heard this fall.” The story and the novel published that fall, Look Homeward Angel, took their titles from a statue:
In 1906 W. O. Wolfe went to the home of a Hendersonville woman, taking with him photographs of several of his stones including the remaining angel. He persuaded her to buy it at a cost of over $1,000.

Today it stands over the grave of her mother, Margaret Bates Johnson, in Hendersonville’s Oakdale Cemetery. In the 1970s an ardent Wolfe admirer visiting the site knocked it over, breaking a hand and one of the wings. Since then it has been repaired and today it is enclosed by a low stone wall and high wrought-iron fence. (N.C. Dept. of Cultural Resources)
— Submitted May 24, 2010, by Mike Stroud of Bluffton, South Carolina. 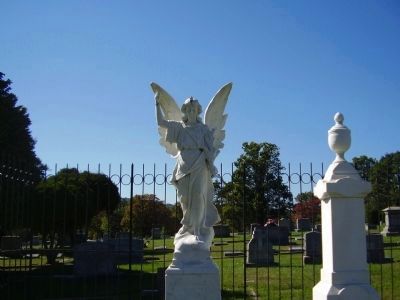 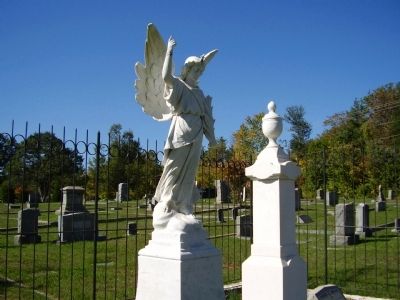 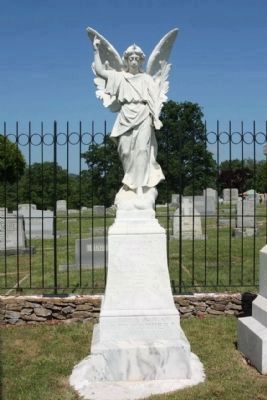 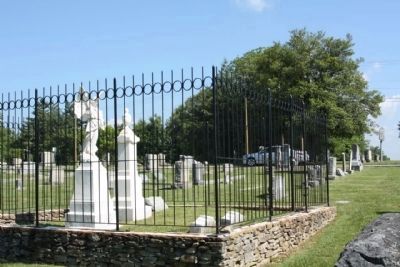