(Big Village Near The Council House) 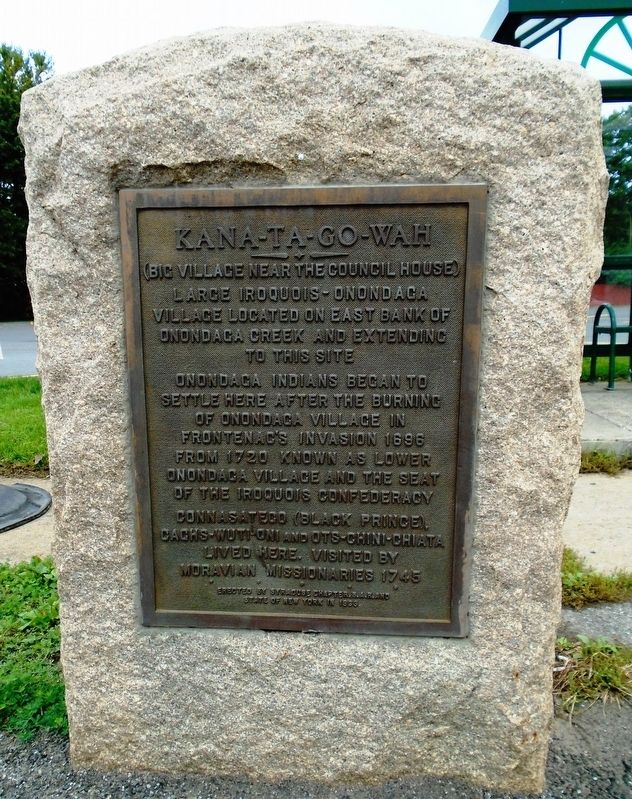 Connasatego (Black Prince), Caghs-Wuti-Oni and Ots-Chini-Chiata lived here. Visited by Moravian missionaries 1745. . This historical marker was erected in 1933 by Syracuse Chapter, S.A.R. and State of New York. It is in Syracuse in Onondaga County New York

Topics and series. This historical marker is listed in these topic lists: Colonial Era • Native Americans • Settlements & Settlers. In addition, it is included in the Sons of the American Revolution series list. 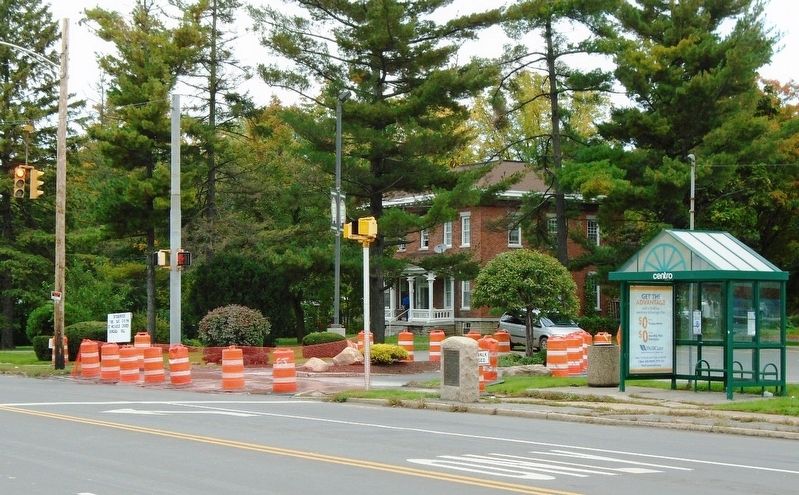