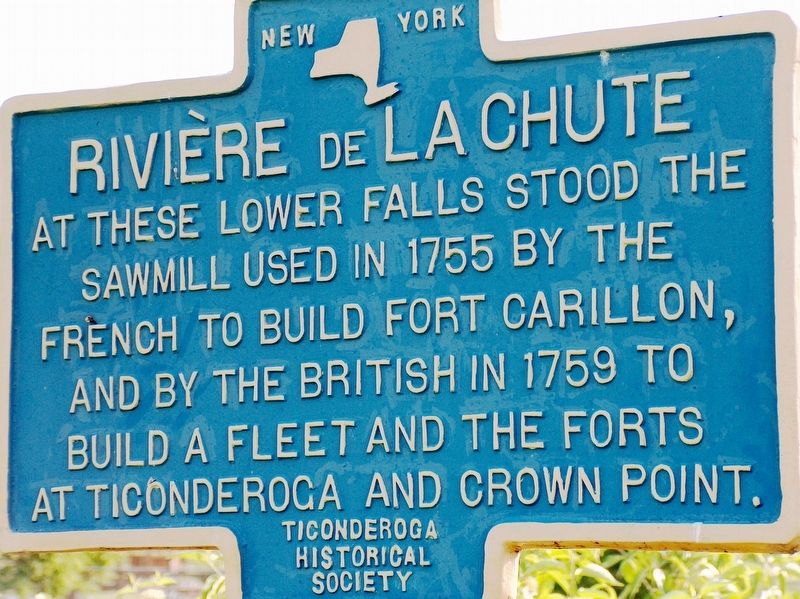 At these lower falls stood the
sawmill used in 1755 by the
French to build Fort Carillon,
and by the British in 1759 to
build a fleet and the forts
at Ticonderoga and Crown Point.

Location. 43° 50.961′ N, 73° 25.251′ W. Marker is in Ticonderoga, New York, in Essex County. Marker can be reached from Tower Avenue 0.1 miles north of Montcalm Street, on the right when traveling north. Marker is located at the south edge of the La Chute River Falls, near the Ticonderoga Heritage Museum and Visitor Center. Touch for map. Marker is at or near this postal address: 137 Montcalm Street, Ticonderoga NY 12883, United States of America. Touch for directions. 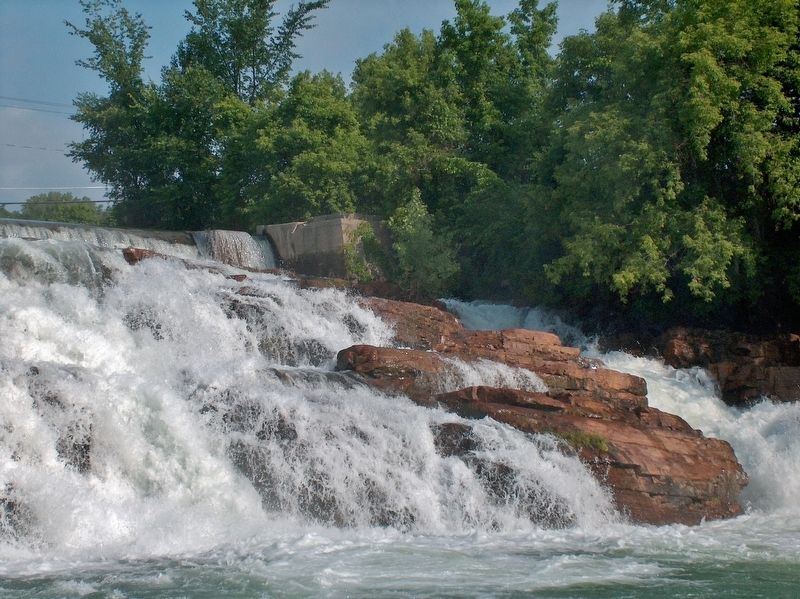 Related markers. Click here for a list of markers that are related to this marker. La Chute Riverwalk, Ticonderoga Bicentennial Park

Also see . . .
1. Lower Falls on the LaChute River. This particular waterfall, the last of five along the 2-mile stretch of the river, is the most historically significant. To see it today, is to see it in a form where one can easily visualize what it must have been like so many years ago. The vast industrial area that once occupied this place has been completely replaced by a large, beautiful park. There are a number of historical markers here and only one small brick building remains of the huge paper mill. The area is largely cleared of trees as it would have been when 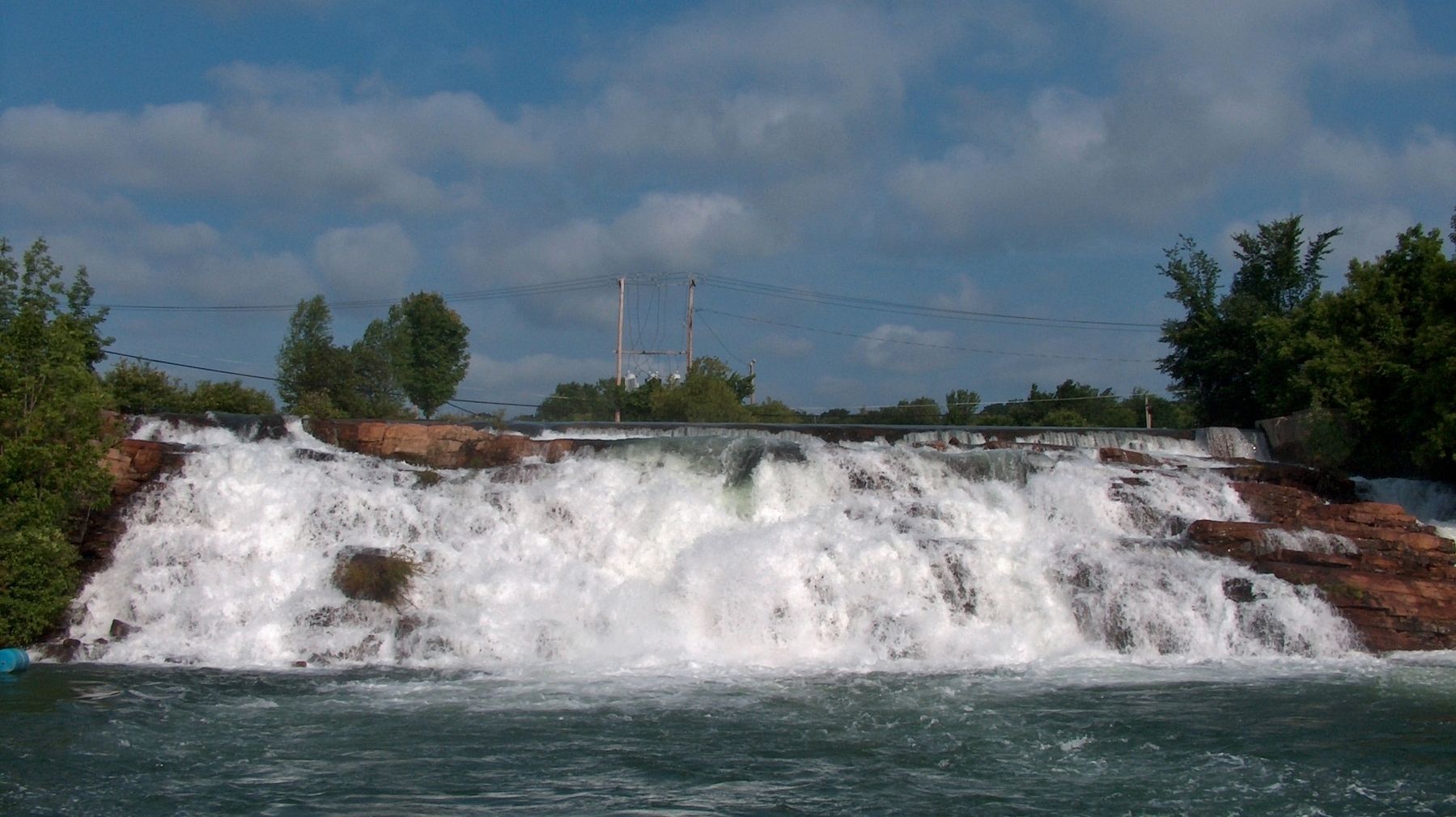 By Cosmos Mariner, June 28, 2005
3. La Chute River Falls (wide view from downstream of marker)
the sawmills were in full operation. (Submitted on October 20, 2018, by Cosmos Mariner of Cape Canaveral, Florida.)