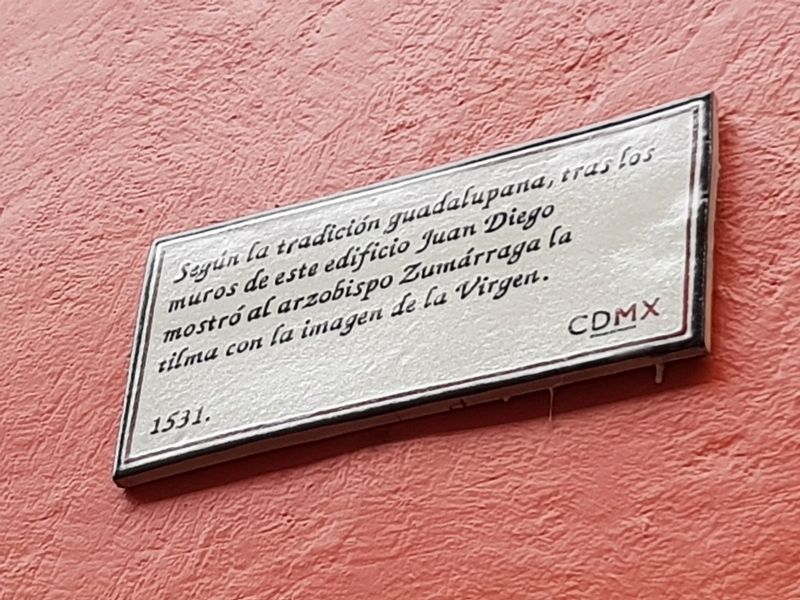 By J. Makali Bruton, October 11, 2018
1. Meeting of Juan Diego and Archbishop Zumárraga Marker
Inscription.
English translation: . According to the Guadalupan tradition, behind the walls of this building Juan Diego showed Archbishop Zumárraga the tilma with the image of the Virgin. 1531. . Mexico City . This historical marker was erected by Ciudad de México. It is in Centro Histórico Ciudad de México Mexico