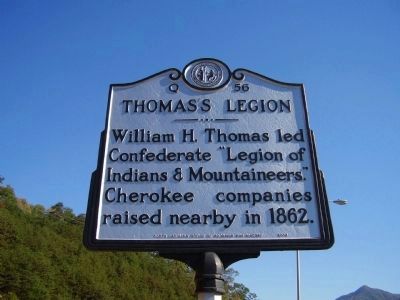 Photographed By Stanley and Terrie Howard, October 19, 2008
1. Thomas's Legion Marker
Inscription.
Thomas's Legion. . William H. Thomas led Confederate "Legion of Indians and Mountaineers." Cherokee companies raised nearby in 1862. . This historical marker was erected in 2004 by North Carolina Office Of Archives and History. It is in Cherokee in Swain County North Carolina

Topics and series. This historical marker is listed in these topic lists: Native Americans • War, US Civil. In addition, it is included in the North Carolina Division of Archives and History series list. A significant historical year for this entry is 1862. 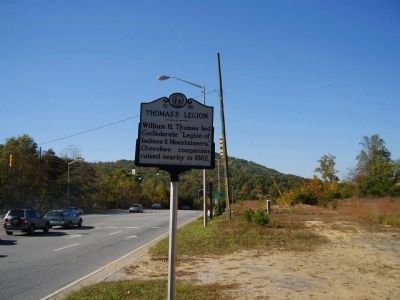