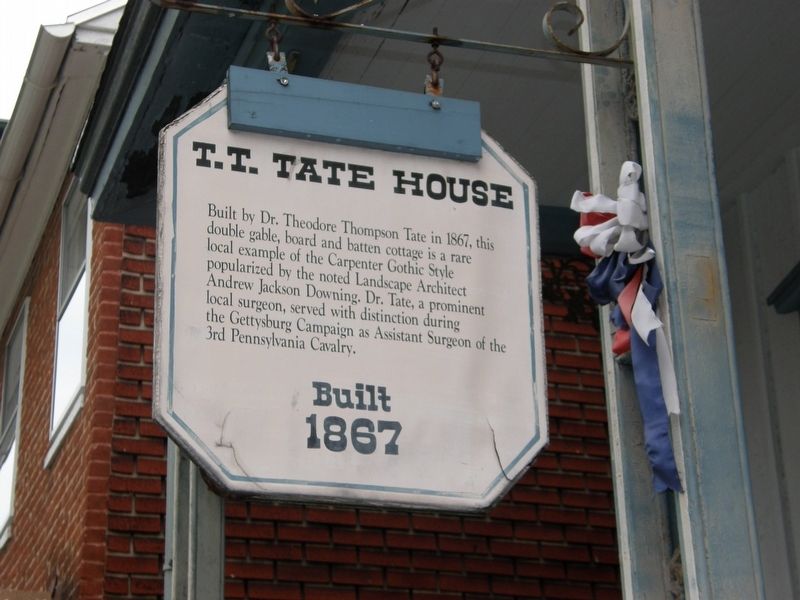 Built by Dr. Theodore Thompson Tate in 1867, this double gable, board and batten cottage is a rare local example of the Carpenter Gothic Style popularized by the noted Landscape Architect Andrew Jackson Downing. Dr. Tate, a prominent local surgeon, served with distinction during the Gettysburg Campaign as Assistant Surgeon of the 3rd Pennsylvania cavalry.

Topics. This historical marker is listed in these topic lists: Architecture • Science & Medicine • War, US Civil. A significant historical year for this entry is 1867.

Location. This marker has been replaced by another marker nearby. It was located near 39° 49.859′ N, 77° 14.034′ W. Marker was in Gettysburg, Pennsylvania, in Adams County. Marker was on 115 Chambersburg Street, on the right when traveling west. Touch for map. Marker was in this post office area: Gettysburg PA 17325, United States of America. Touch for directions. 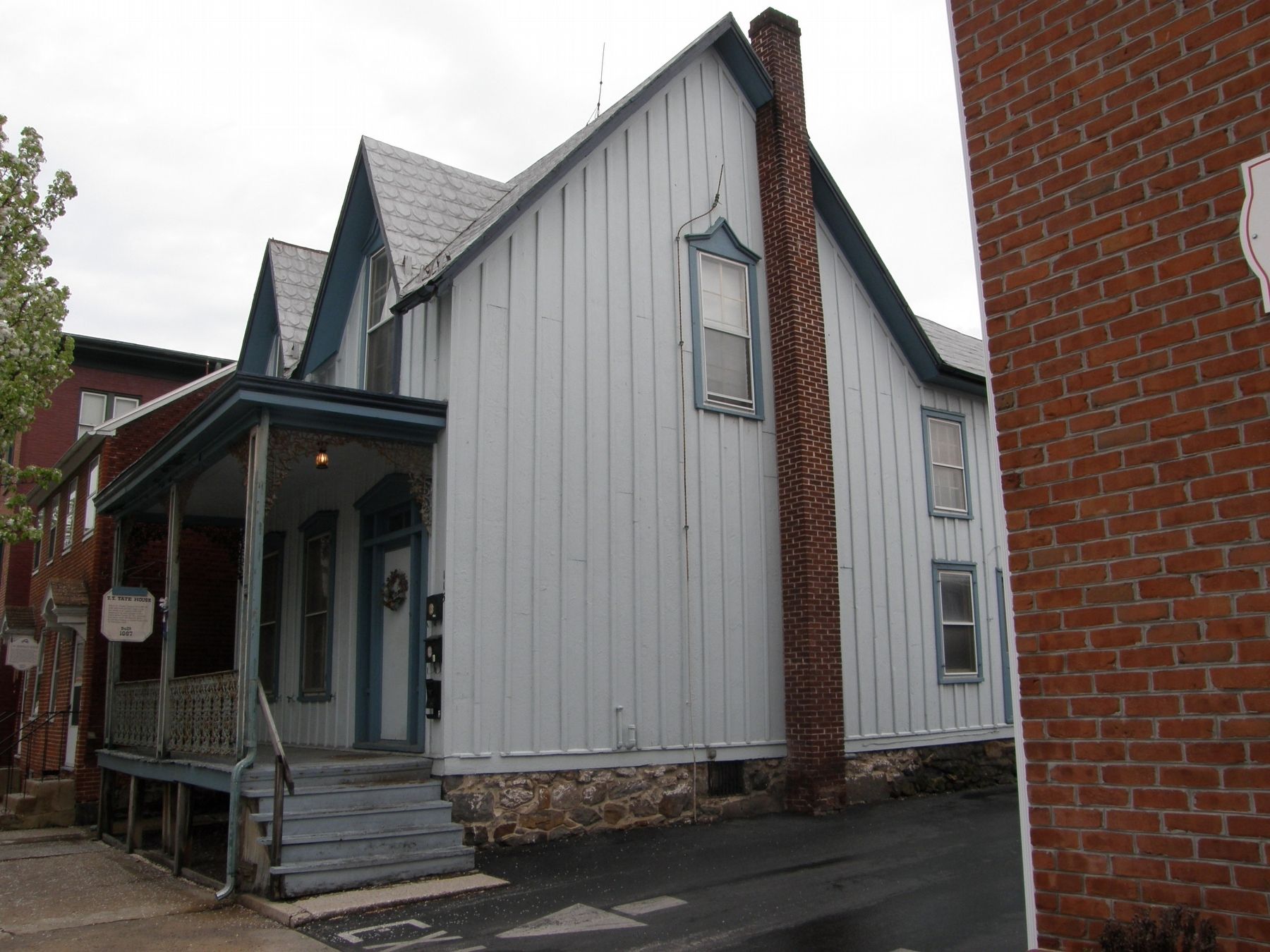