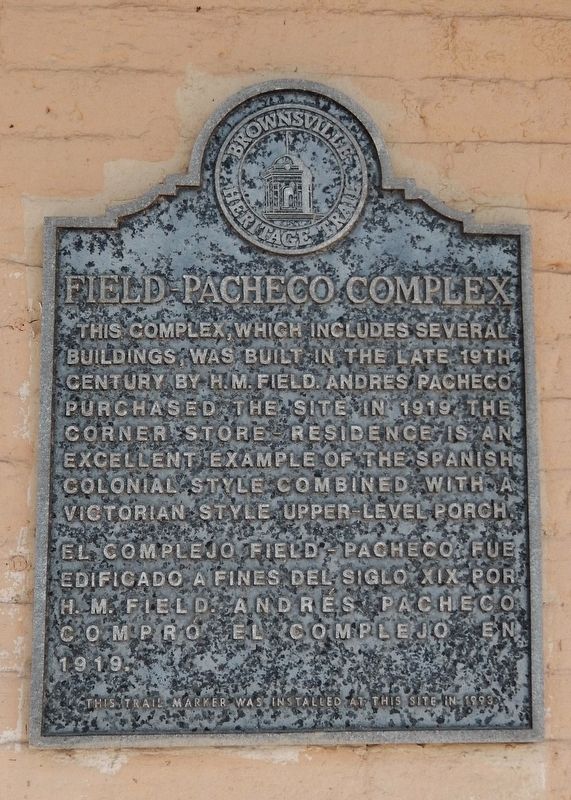 By Cosmos Mariner, May 18, 2018
1. Field-Pacheco Complex Marker
Inscription.
, English: , This complex, which includes several buildings, was built in the late 19th century by H.M. Field. Andres Pacheco purchased the site in 1919. The corner store – residence is an excellent example of the Spanish colonial style combined with a Victorian style upper-level porch. , Spanish: , . This historical marker was erected in 1993 by City of Brownsville. It is in Brownsville in Cameron County Texas