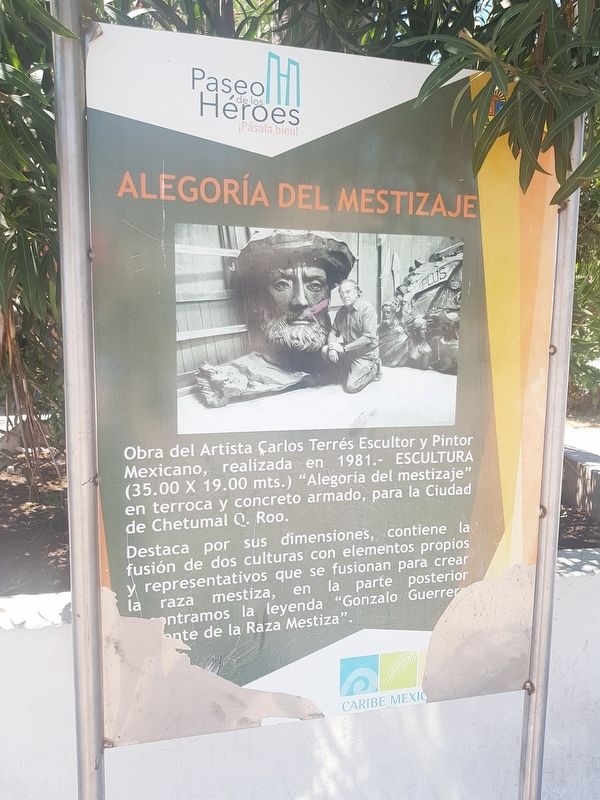 By J. Makali Bruton, March 27, 2019
1. Allegory of Mestizaje Marker
Inscription.
English translation: , Allegory of Mestizaje , This sculpture is the work of the artist Carlos Terrés, Mexican sculptor and painter, and was made in 1981. The sculpture, measuring 35 x 19 meters, is named the "Allegory of Mestizaje" and was made of clay and reinforced concrete for the city of Chetumal, Quintana Roo. , , It is notable for its dimensions. It contains a theme on the fusion of two cultures, with its own representative elements that symbolize the creation of the mestizo race. On the monument’s reverse we find the legend "Gónzalo Guerrero - Pariente de la Raza Mestiza". . This historical marker is in Chetumal in Municipality of Othón P. Blanco Quintana Roo Mexico