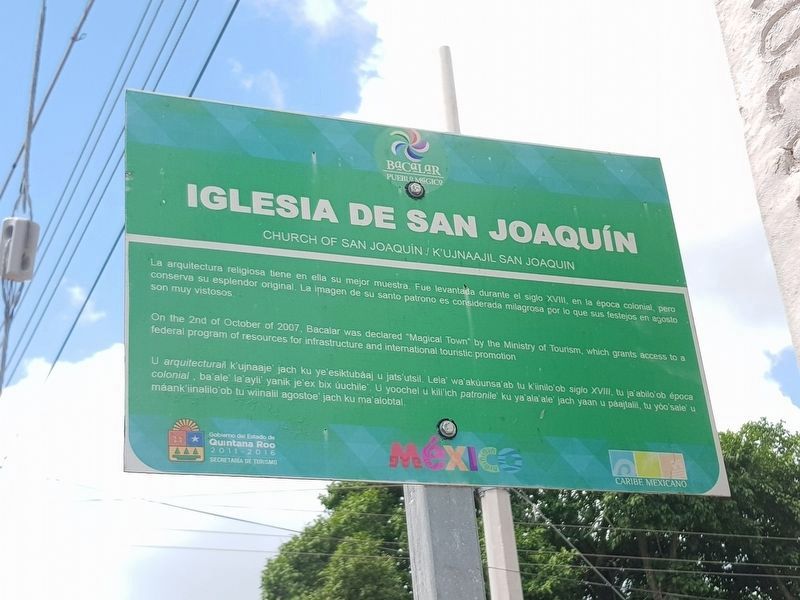 By J. Makali Bruton, March 31, 2019
1. Church of San Joaquín Marker
Inscription.
English: . Church of San Joaquín . On the 2nd of October of 2007, Bacalar was declared "Magical Town" by the Ministry of Tourism, which grants access to a federal program of resources for infrastructure and international touristic promotion.. . This historical marker was erected by Gobierno del Estado de Quintana Roo 2011-2016. It is in Bacalar in Municipality of Bacalar Quintana Roo Mexico